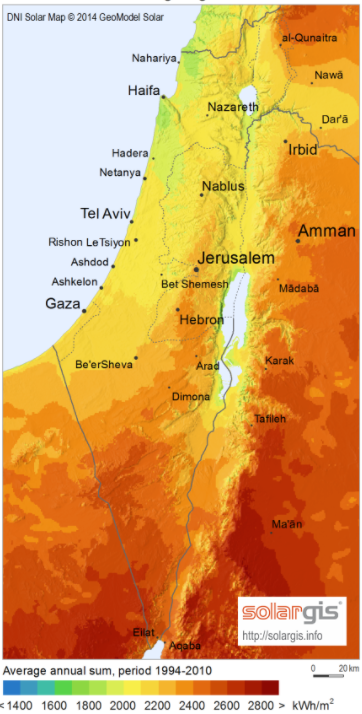 Ashalim’s 250 MW tender includes two CSP plants and one PV which are expected to generate 2% of Israel’s total installed capacity. The first CSP plant will be developed by Megalim group, a joint venture between BrightSource Energy and Alstom, and will employ solar tower technology. The project, with a nominal capacity of 121 MW, completed detailed design and is expected to produce 270-300 GWh per year at the tariff of 0.79 NIS/kWh (0.2 USD/kWh).

As of mid-2017, the Alstom/BrightSource tower plant is under construction. The second CSP plant (110 MW of capacity employing parabolic trough) will be built by Shikun & Binui but is progressing slower due to the replacement of Siemens with Abengoa as partner.

Shikun & Binui is developing an additional 120 MW CSP plant in Ze’elim. The expected investment in the plant will be NIS 2 billion.