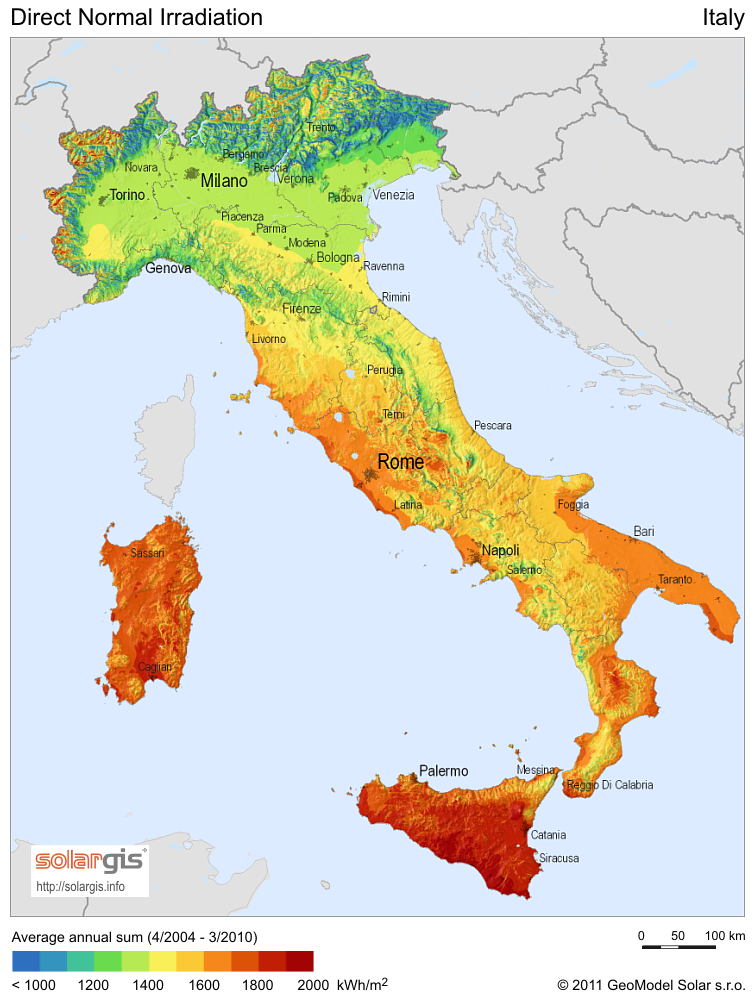 Italy has three CSP plants operational. The 5 MW Archimede solar plant in Sicily is the first to use molten salt as heat transfer fluid. There are several projects under development mainly in Sardinia and Sicily.

2014: Italy has conditions suitable for CSP development only in few regions. Main islands (Sardinia and Sicily) and south regions are the most attractive locations in terms of CSP development since they exhibit the highest levels of direct normal irradiance in Italy and have favorable land morphology for solar field installations.In 2001, the Italian Government allocated € 55 million for CSP development and a national demonstration programme that recently reached the phase of industrial demonstration. In early 2007, a cooperation agreement between the National Environmental & Renewable Research Centre, ENEA and ENEL, Italy’s and one of Europe’s biggest utility companies, was signed to develop the Archimede Project in Sicily as the first Italian solar plant integrated with an existing combined cycle plant with advanced parabolic trough technology, using new collector design, new absorber tubes and molten salts as heat transfer and thermal storage fluid.

Archimede was inaugurated on 14 July, 2010. It is the first plant to use molten salt as heat transfer fluid and has a capacity of approximately 5 MW.