Updated information as of March 2017: CSP plants developed in Morocco 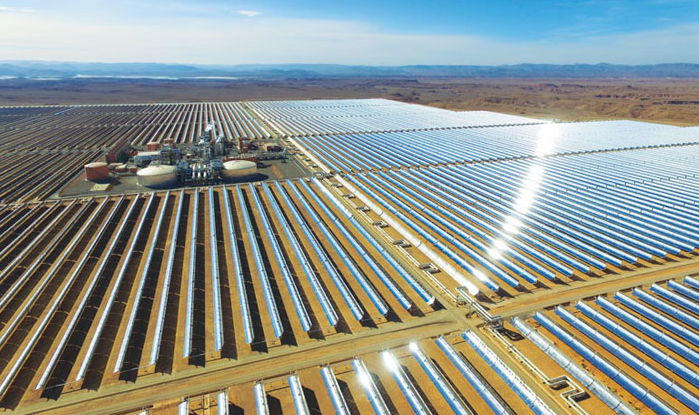 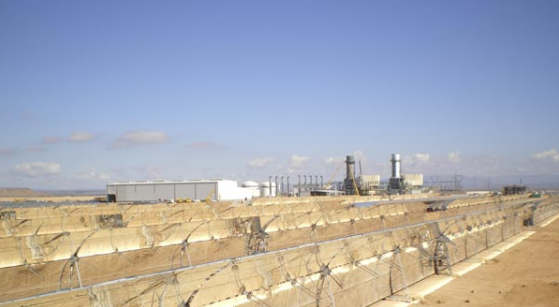 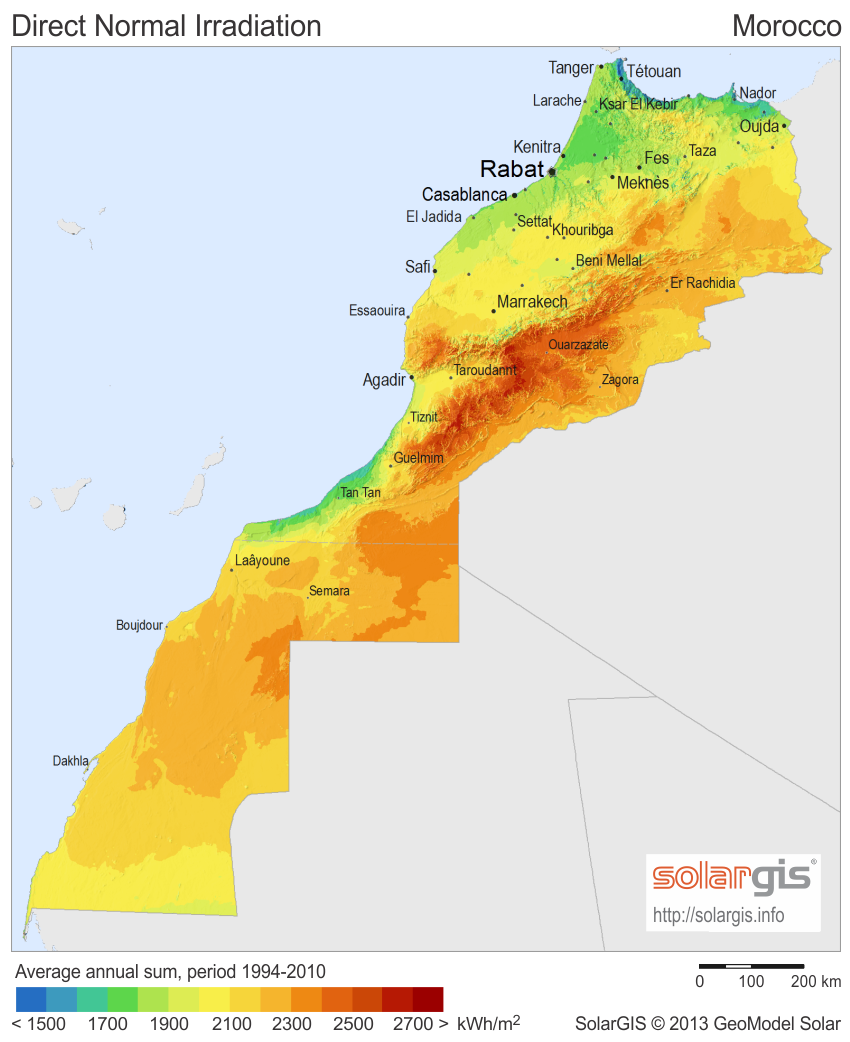 Morocco has set a target of 42% of its total electric production being supplied by renewable energies by 2020. This plan includes a Solar Program involving the construction of 2 GW of solar energy by 2020. The Moroccan Solar Plan is being piloted by the Moroccan Agency for Solar Energy (MASEN), an agency created in 2010.

Morocco is dependent on outside sources for 97% of its energy supply, mainly coal and oil. In order to conciliate between the imperatives of this dependence on foreign supplies, growing energy demand and the requirements of environmental preservation, the national energy strategy of Morocco has set a target of 42% of its total electric production being supplied by renewable energies by 2020.

The aim of the Moroccan Solar Plan is to reach 2 GW (14% of the expected installed power by 2020) of solar generation capacity by 2020, with an investment cost estimated at 9 billion US dollars. The Ouarzazate complex is the first project within the framework of the Moroccan Solar Plan. In September 2012, the consortium led by ACWA was named as preferred bidder for the first phase of the planned 500 MW solar park. ACWA is building a parabolic trough plant with a capacity of 160 MW and three hours of thermal storage. The construction of the plant began in May 2013 and is expected to enter into operation by 2015.

In January 2015, MASEN announced the result of the tender process to develop the second phase of the Ouarzazate solar power complex, which includes two CSP plants with an aggregate capacity of 350 MW. The NOOR II project will use parabolic trough technology with a capacity of 200 MW and 7 hours of storage. The NOOR III project will be a 150 MW solar tower plant with 7 to 8 hours of storage.

As of 2015 one CSP project is operating in Morocco, dating back to a development started in 1999 when a grant of US$ 50 million from the Global Environment Facility (GEF) was committed to Morocco for a 470 MW Integrated Solar Combined Cycle project with 20 MW equivalent solar capacity. Fichtner Solar prepared the Request for Proposals (RfP) with the choice of technology being left to the bidding investors. In July 2005, the Request for Proposals for the ISCC Project at Ain Beni Mathar was sent out to the prequalified bidders by the Moroccan Office Nationale D’Electricité (ONE). In July 2007 the EPC contract was awarded by ONE to ABENER of the Abengoa group. In May 2010 the project entered into commercial operation.