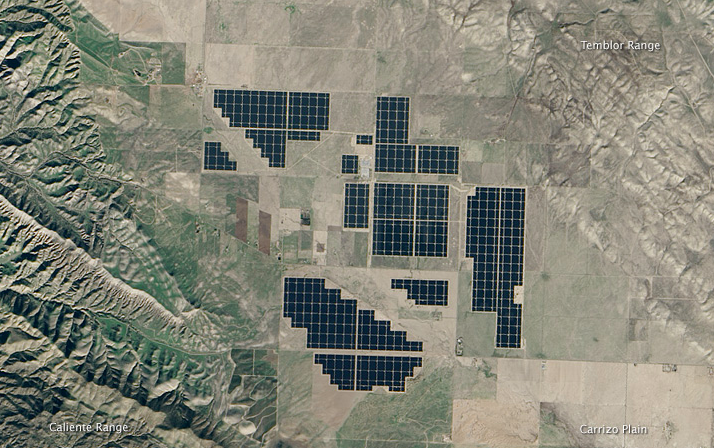 All electricity is basically just electrons moving down a wire. Michael Faraday discovered in 1831 that moving a electrically charged wire within a magnetic field could cause the electric charge to move down the wire.

From Faraday’s discovery came the generator; that part of the power block in a power station that turns the steam into electricity. Power stations use steam to get the turbine revolving to rotate the wire within the magnetic field to make electrons move to make electricity.

Fossil fueled power stations burn a fuel to make a fire to boil water into steam. Steam can be made by boiling water with a coal fire, or by burning natural gas, or by creating heat with a nuclear reaction.

The force of steam rising has the power to move objects regardless of how it is made. Renewable energy can also rotate that turbine in four ways (roughly corresponding to the ancient four elements of earth, air, fire and water, interestingly).

Renewables that make steam are geothermal (earth) and CSP (from the sun’s “fire”). The heat of the earth makes geothermal steam erupt naturally, while CSP uses heliostats (mirrors) to focus the sun to create heat, ultimately making steam.

Wind turbines and hydro electric power stations skip the steam to rotate turbines. They simply harness the natural force of wind (air) or of the force of gravity rushing water downhill to perform the same mechanical work.

All of these ways to get electrons to move essentially involve rotating a wire within a magnet, following Faraday’s discovery.

PV works in a radically different way from all of the power-block-based electricity generation. It is a novel and elegant way to getting electrons to move down a wire.

The way PV makes electrons move is revolutionary. PV dispenses with all this heavy machinery and all these complex rotating parts. At the atomic level sunlight is basically photons being shot out of the sun and pushing through space till they hit something like your sunburned forehead.

Photons can push electrons. Within a solar panel electrons are arranged in such a way that they can be knocked out of position by the photons hitting the panel; starting a cascade of moving electrons that eventually wind up pushing electrons out of the socket in your wall.

Because of this utterly different, simple direct way it makes electricity, PV is really the actual atomic energy that really could one day be too cheap to meter. That’s because, once the clever atomic-level engineering is designed in, a solar panel is just like any other mass produced object, with a simple installation process at utility-scale. 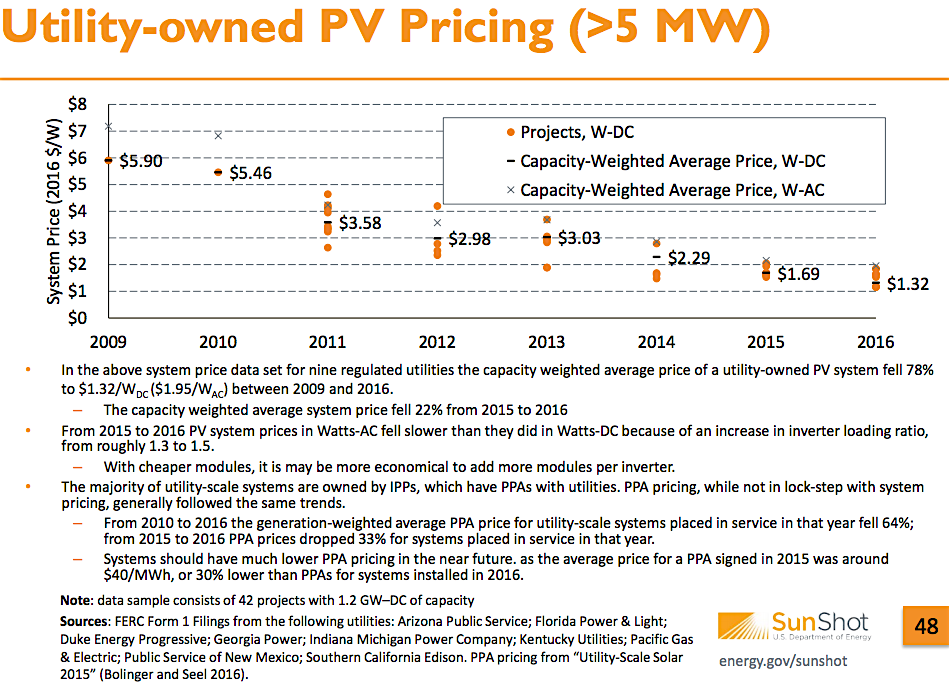 The revolutionary simplicity of PV is why prices at utility-scale have plunged so fast. Because of PV’s simplicity and fast dropping cost, it is inevitable that it will dominate grid systems.

But PV is not dispatchable

PV’s revolutionary simplicity of manufacturing and operation creates a new problem to solve. Because PV is a disruptive technology, it is the changing the grid. Unlike power block technologies, it is not “dispatchable”. That is, you can’t turn it on when you want it. Clouds pass over and night falls. So the more PV is added to the grid, the more you need flexible dispatchable generation to fill in the gaps.

PV’s success created the need for CSP, a dispatchable form of solar that can deliver on demand at any time day or night because it runs a power block which can include thermally stored solar energy.

Both kinds of solar power are needed for a carbon-constrained future: PV for its low cost electricity, and CSP for its ability to store and deliver solar power on demand at any time day or night.