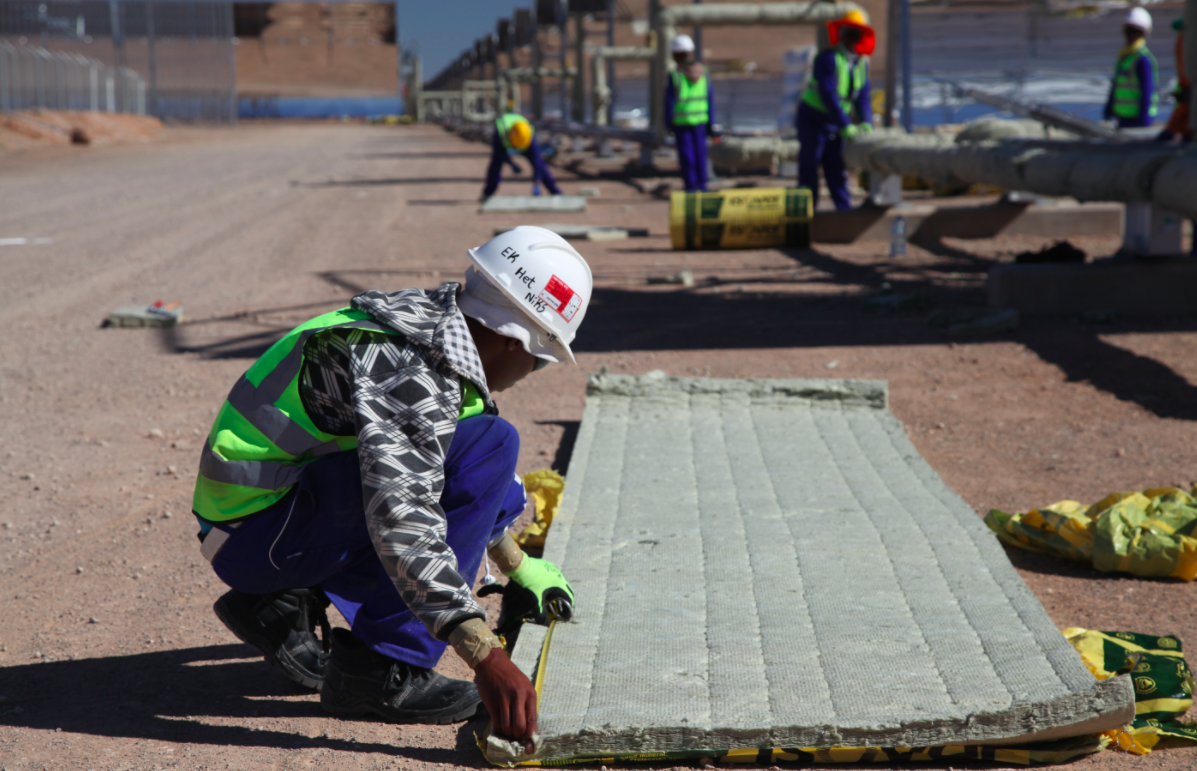 Abengoa has developed three solar thermal power plants for electricity generation in the north of the country. Xina Solar One -the last to be constructed- achieved practical completion back in August 2017, and has successfully completed its first three months of operation.

XiNa Solar One, the solar thermal parabolic trough plant that Abengoa has developed in South Africa, has completed its first three months of commercial operation and now stands out as a reference for projects that the company undertakes.

With 100 MW of net power, and a capacity of reaching an annual generation of approximately 400 GWh, Xina, solar thermal parabolic trough plant, is a demonstration of Abengoa’s know-how and ability to undertake highly complex technological projects. Together with the two other plants that Abengoa has built in South Africa; KaXu Solar One (owned by Atlantica Yield), and Khi Solar One, the company has succeeded in achieving renewable, sustainable and dispatchable energy from the sun to supply the entire population in the Northern Cape province.

Xina Solar One has successfully completed its first three months of operation and plant performance has exceeded 100 % on certain occasions.

Despite the short time it has been in operation, the plant has even been able to exceed its expected performance of 100 % on certain occasions. But, what can such a good performance be attributed to? Why can we call XiNa a success story? Xina is an innovative plant in many respects.

It was awarded during round four of South Africa’s Renewable Energy Independent Power Procurement Programme(REIPPP), and with an investment of some US$880 million, Xina Solar One has undergone a complete design change with respect to KaXu Solar One, which has permitted it to be much more competitive in terms of tariffs, as well as adjusting to the peak-period demand requirements.

“Xina is one of a kind because of its large aperture collector, thus requiring fewer materials and less land as well as consuming less energy to generate power.”

For the very first time anywhere the world, the plant uses a large aperture collector which allows the size of the solar field to be significantly reduced and, consequently, requires fewer materials, less land and lowers consumption for generation.

Additionally, the new design for the power island has resulted in savings being made in piping, racks and tanks, which has made the engineering and construction project much more competitive than originally planned.

The lessons learned from KaXu and Khi in relation to the knowledge that was gained from working in the country itself, from the suppliers, from the local construction requirements, and from the project team’s own previous experience are also relevant to understanding this project’s success. Many of these lessons have already been implemented in XiNa and played a key part in obtaining commercial operation two months in advance.

Additionally, an integrated monitoring of the management of costs, planning and contracts was performed at XiNa, in accordance with the highest standards of project management. The responsibilities of these key areas were structured in such a way that each and every member of the project team knew what the scope of their management was, as well as the necessary tools that were needed for the work to be performed.