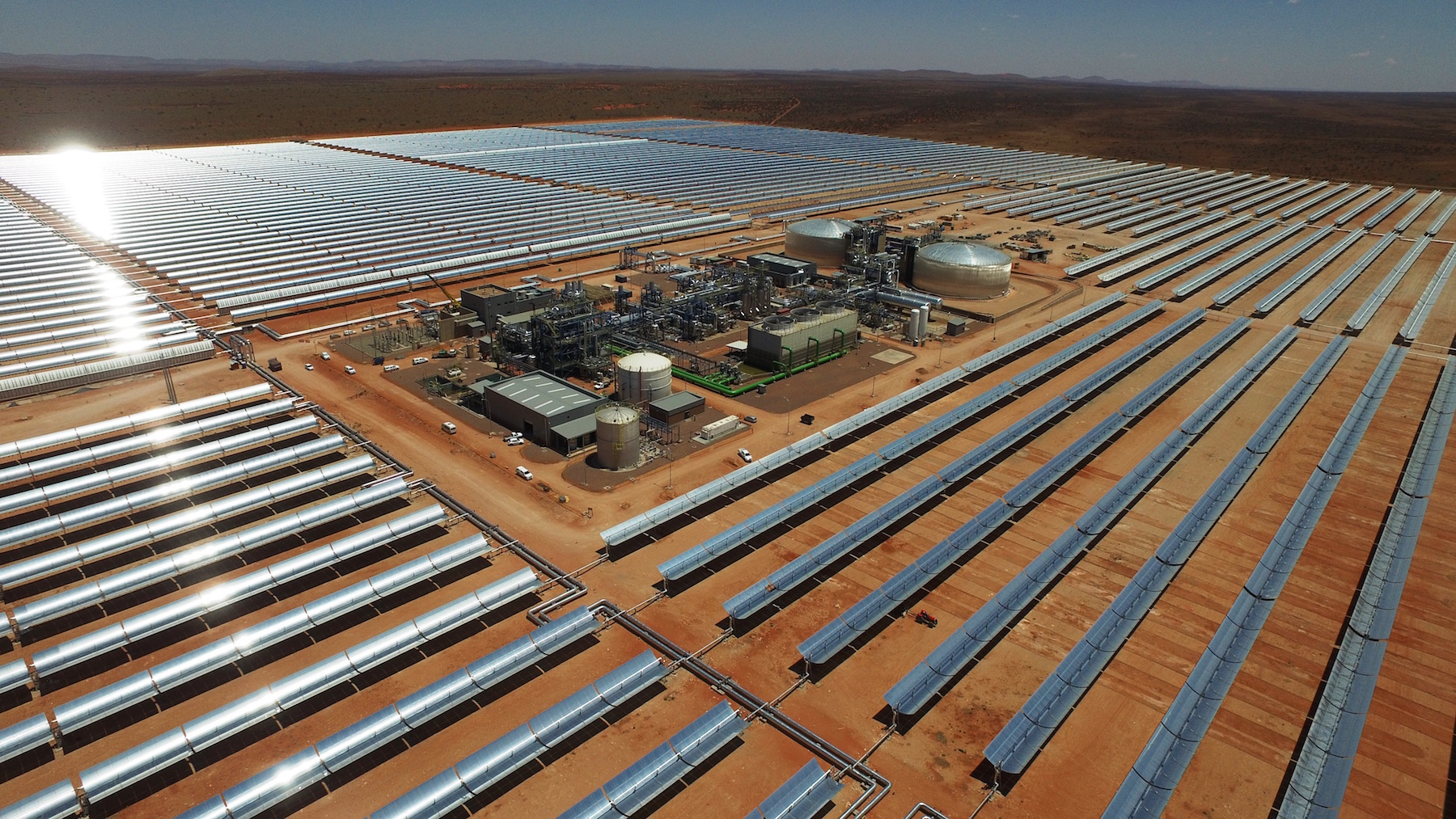 This achievement is even more significant given the growing global need for enhanced storage and dispatch capabilities, supported in parallel with considerable cost reductions in CSP Technology.

Mr Christo Spammer, Bokpoort CSP CEO, shared details of the impressive performance, highlighting that the plant recorded its highest ever production for a winter month of 21.7 GWh, surpassing its previous winter record of 19.5 GWh set in 2017. In addition, the plant clocked production of 902 MWh in a single winter’s day on 31 August 2020 – which is the highest production ever over a single 24 hour period in winter. This is equivalent to about 18 hours of full load operations (with a 50MW turbine) akin to base-load technologies.

The Thermal Storage facility of Bokpoort CSP also enabled the plant to effectively support the grid with power during the critical evening peak (4pm – 10pm), while maintaining a Peak Hour Load Factor of about 82% for this period on a daily basis. Consistently exceeding all the key focus priorities of the REIPPP in terms of Socio-Economic and Enterprise Development, Bokpoort CSP has received several awards over the last 4 years for its benchmarking performance and delivery.

The Chairperson of Bokpoort CSP, Mr. Nandu Bhula, on behalf of the Board and shareholders , expressed his appreciation for the plant’s accomplishments to date stating: “Bokpoort has been consistently setting several new records from the time the plant started production: First the African record of 161 hours of continuous operations for a renewable energy plant, with non-stop day and night production in March 2016, followed by a new summer month production record of 27.5 GWh in January 2019, and now achieving the new winter month record as well.”

Bhula added that the Board of Bokpoort CSP continues to challenge the management team towards setting new records and thereby delivering exceptional value to the local grid. Given the significant pressure the power system is under with regular load shedding, this performance is truly valued by all.

Mr Paddy Padmanathan, the President and CEO of ACWA Power, the lead shareholder in Bokpoort CSP, was equally proud of this achievement and shared that “it is our fervent view that this technology remains relevant to a country’s energy mix, in particular the proven storage capability to enable the delivery of clean, reliable renewable energy, both day and night on a dispatchable basis as well as supporting the grid through ancillary services capability”. He noted that consistent performance across the globe has proven the all-round potential of this technology.

From ACWA Power’s NOORo Solar Complex in Ouarzazate Morocco, the current largest CSP complex in the world with more than 550 MW capacity in operation since in 2018, to the 950 MW hybrid project (700MW CSP & 250MW PV) fourth phase of the Mohammed Bin Rashid Al Maktoum Solar Park in Dubai, soon to be the largest single-site concentrated solar power plant in the world, the utilisation of the technology is growing exponentially and the future of CSP seems stronger than ever.

Renewable technology development and deployment around the globe has significantly intensified and the future of CSP in this mix remains equally exciting. With the consistent plant performance of Bokpoort CSP and similar plants across South Africa, recent global price trajectory, along with quick build time, high localisation potential and job creation benefits, the advantages of Concentrated Solar Power are multi-fold. In particular, storage capabilities are becoming increasingly valuable as more non-dispatchable PV and wind capacity is brought online.

South Africa’s latest Integrated Resource Plan (IRP) commits a further 18GW of capacity for PV and Wind by 2030. While battery costs are falling thereby increasing the competitiveness of PV plus storage, CSP with storage remains more economical over longer dispatch periods and can offer baseload power generation, including ancillary services needed by the grid operator.

With well-established efficiencies, including cost benefits, undoubtedly CSP technology should take its rightful place amongst other suitable renewable technologies, in pursuit of the collective goal of achieving energy security in South Africa.

About ACWA Power
ACWA Power is a developer, investor and operator of power generation and desalinated water production plants. Registered and established in 2004 in Riyadh, Saudi Arabia; ACWA Power employs about 3,500 people and is currently present in 12 countries in the Middle East, Africa, Central Asia and Southeast Asia. ACWA Power’s portfolio includes 58 assets with an investment value of USD 47.9 billion, producing 34 GW of power and 5.9 million m3 /day of desalinated water delivered on a bulk basis to address the needs of state utilities and industries on long term, off-taker contracts under utility services outsourcing and Public-Private-Partnership models.

ACWA Power’s mission is to reliably deliver electricity and desalinated water at a low cost, thereby contributing effectively to the sustainable, social and economic development of communities and countries. ACWA Power is committed to the values of Safety, People and Performance in operating its business across all geographies. For more information, please visit www.acwapower.com.