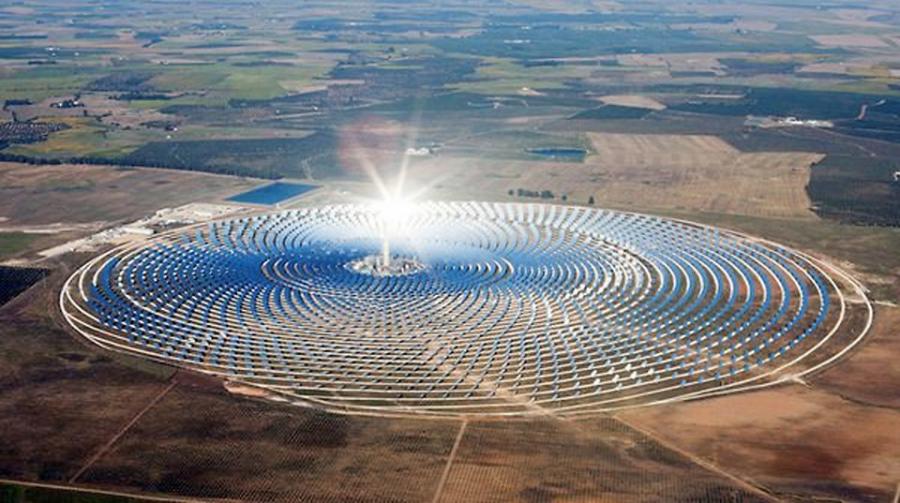 The low price of the ministry and the uncertainty of connection delay the installation of a new solar thermal, which in 2025 should be double the current one according to the PNIEC.

The generation of energy with solar thermal technology has been stuck for a decade in Spain. Not a single new megawatt (MW) has been installed since 2013 and in the last renewable auction held on October 25, the first to include this technology, the quota for a 220 MW solar thermal plant was not awarded .

The main reason is the distance between the price set by the industry and the one that the Ministry for Ecological Transition led by Teresa Ribera is willing to pay, but other conditions also play a role, such as the difficulty of finding access points.

Thus, the scientists consulted agree that it is difficult for us to reach the objectives set in the National Integrated Energy and Climate Plan (PNIEC), the Government’s decarbonization roadmap approved by the European Commission on time . ” There will be delays . The technology is sufficiently developed and the industry is especially strong in Spain, so it will depend mainly on the political will to accept the demands of the sector “, say Elisa Alonso Romero , PhD in Chemical Engineering and researcher at Ciemat , and Alessandro Gallo , researcher at Thermal Engineering from Carlos III University.

Read more: The Government stalls business plans for offshore wind without auction or regulation
Eduardo Zarza , R&D coordinator of the Plataforma Solar de Almería, integrated into Ciemat, pronounces along the same lines : “I don’t see it as possible “, he confesses, especially because they are very labour-intensive projects. «When there was the boom in solar thermal power plants in Spain, there was a shortage of qualified labor and workers were taken from each other. Imagine when we talk about tripling the megawatts we have today », he explains.

Spain currently has 2,300 MW of solar thermal power distributed over 50 plants , while the goal for 2025 is to have 4,803 MW , more than double, and, by 2030, 7,303 MW , more than triple. For this reason, Zarza maintains that it is preferable to extend the deadlines rather than start installing in a hurry. «The important thing is that it be done rationally and it would not be done rationally if the Government, because it has a commitment to install 5,000 MW by 2030, launches it en bloc. It’s much better for everyone to roll out in phases that allows for learning across different business projects .”

Low price and no connection guarantee

The last auction was deserted, but not because industrial projects did not come, but because the price they offered was much higher than the limit calculated by the Government. The ministry has not made this limit public nor has it detailed how it has obtained it , although Zarza estimates that it could be around the cost of solar thermal technology.

“Due to the conditions of this auction, it was not possible to go with the price of the technology, because the price offered is what the owner will receive for 20 years without any modification and without taking into account the CPI,” explains the scientist, who attributes this to the fact that the prices of the industry were “much higher” than those of the ministry, anticipating the rise in the cost of living in two decades.

To this is added a second handicap, which is the uncertainty of getting connection points to the electricity grid. As explained by the Spanish Association for the Promotion of the Thermosolar Industry (Protermosolar) in a statement, the risk of losing the bank guarantee presented in the auction due to delays in obtaining the connection point has discouraged many developers from presenting themselves. According to Zarza, this loss is usually around three million euros for projects of only 5 MW.

The scarcity of access points is a problem shared by the rest of the renewables, but it entails greater damage in solar thermal projects due to their need to be more intensive (around 100 MW) to be profitable.

Electricity generation with solar thermal represents only 2% of the installed power in Spain , an amount that, according to the latest study by the Plataforma Solar de Almería, would have to be increased to 10% or 15% if 80% of the energy is to be decarbonised. electricity generation.

In addition, solar thermal power plants are one of the key renewables (along with pumped hydraulics and green hydrogen) called to replace gas combined cycles . According to Alonso and Gallo, both photovoltaic and wind power “produce only when there is sun or wind”, since, for the moment, the electrical storage of this generation has many costs and material availability problems.

While the solar thermal with storage in the form of heat is a “manageable renewable” and complementary to the previous ones because it can also produce at night, on cloudy days and without wind. Although it is precisely this manageability of energy that makes it more expensive compared to photovoltaic solar and wind power.

For the moment, Protermosolar has made itself available to the ministry to “work together on the design of the next auction” scheduled for 2023. But Zarza warns: “if the Government launches another one under the same conditions, the same thing will happen ”.