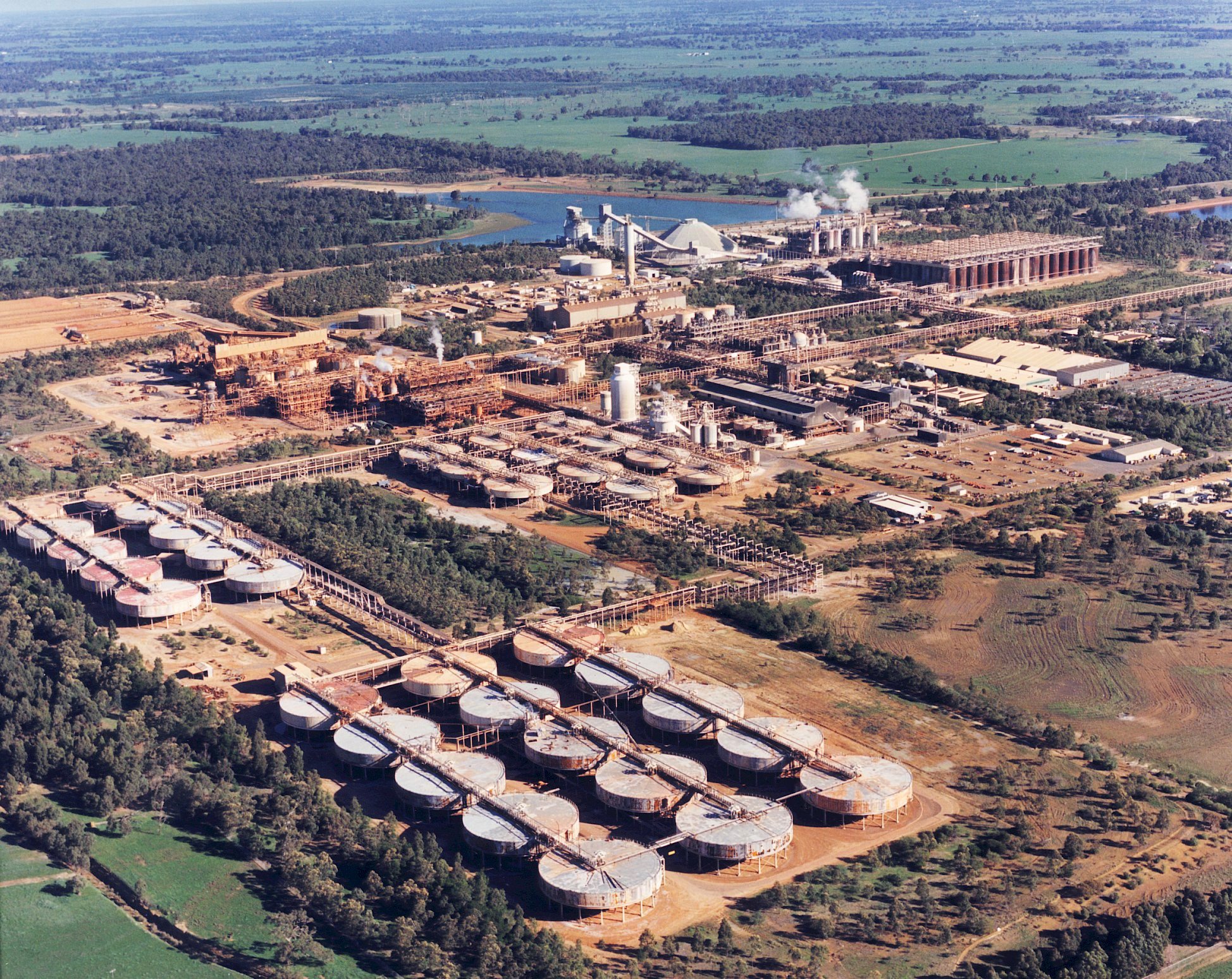 Approximately 27% of Australia’s industrial carbon emissions come from alumina refineries, in which fossil fuels are burned to heat the processes.

But concentrated solar thermal (CST) could provide up to half of the heat needed. Australian researchers have for the first time demonstrated a novel solar reactor for calcining alumina, a process which typically occurs at approximately 950°C.

The researchers have shown at lab scale that good conversion – up to 96% – can be achieved in this high temperature solar calciner for 3 seconds – without preheating. This shows that with preheating, good conversion may be technically feasible at large scale. In addition, the use of solar in itself has the potential to improve the quality of the alumina by avoiding contamination from combustion products from burning natural gas.

A group of companies and solar researchers at Australian universities is looking into how to make the solar calcining process work commercially; assessing the economics and technical specifics of potential solar calcination at commercial alumina facilities.

“It is quite a big team; around 30 staff and then another 10 PhD students. A lot of R&D has brought us to this point. We work very closely with these commercial partners who have contributed a lot to the development of a potentially viable technology.”

Three programs within the project are focused on integrating solar thermal technologies to replace up to 50% of the fossil fuels presently used for the Bayer alumina refining process.

“We anticipate hybridizing solar thermal with another low-carbon energy source,” said Professor Graham “Gus” Nathan who as the founding Director of The University of Adelaide’s Centre for Energy Technology is leading the project. “That’s because solar thermal becomes uneconomic during periods of extended cloud and low seasonal availability”.

The idea is to advance to commercial viability three related processes for reducing the carbon footprint of alumina production; solar trough or tower technology with thermal storage for the steam needed for the digestion process, solar reforming of natural gas and a novel solar calcining reactor.

“Both trough and tower are already demonstrated commercially in the power sector but are yet to be integrated into a large industrial process such as the Bayer process. So our technology assessments are identifying commercially attractive pathways to integrate solar thermal into this new process,” said Saw, who presented the paper; Technical feasibility of Integrating Concentrating Solar Thermal Energy in the Bayer Alumina Process at the most recent SolarPACES Conference in Korea.

How aluminum is made from bauxite

Aluminum has been manufactured from bauxite with the same basic steps since its invention in the 1880s, although its efficiency has been continuously increased since then. First the Bayer process is used to refine the bauxite into aluminum oxide (alumina), and then that is turned into aluminum with the Hall-Heroult smelting process.

In the Bayer process bauxite is crushed and ground, then strained and pumped as a slurry through a series of six-story-tall precipitation tanks in an energy intensive process that requires electricity and low temperatures typically between 140°C and 300°C.

For this initial step researchers within the project led by Keith Lovegrove, a leading Australian solar researcher at the renewable consultancy ITP, have assessed how to best integrate either trough or tower CST to supply low temperature heat for steam generation. These assessments have already been completed and will soon be released via the University of Adelaide website.

In the second step, Robbie McNaughton from CSIRO, is leading his team to assess the option of solar reforming of natural gas. This process stores solar energy in chemical form by converting natural gas and steam (possibly also with CO2) to syngas. This typically increases the energy content of the fuel by some 20-30% with the solar energy, While the solar reforming technology was already known, the project has assessed how to integrate this cost-effectively. New approaches to store the solar energy and integrate the fuel has been identified and will be reported shortly.

Unlike steam, no solar technology is available either at commercial or pilot scale with which to calcine the alumina, which requires heat to drive a chemical reaction at temperatures of some 950° C. So Nathan’s team has been exploring several options with which to perform this reaction using solar tower technology using a patented particle reactor.

Best to start from scratch or retrofit?

“Both new and retrofit are important to a company. The high capital cost and risk of replacing a plant typically makes it desirable to extend the life of an existing plant where possible. However, a retrofit must be implementable with only minimal changes to the refinery process. This limits risk that industry incurs when introducing a new technology like this, and limiting risk is important to getting these concepts demonstrated,” he said.

“But it is possible to get bigger gains and better economics with a “greenfield” site in the longer term. This is likely to be more economically attractive and also more economically sustainable, but is only realistic once the technology has been demonstrated. This is why we are looking at both options for the calcination step.”

This dual approach adds complexity to the project, as the researchers are simultaneously looking at the engineering and economics of designing greenfield plants from the ground up with solar – while also assessing “bolting on” a solar plant next to the existing configuration of alumina processing facilities.

“The plant itself is about a square kilometer and usually the calcination step is on one side, so solar access would not be too bad because you can put it reasonably close,” Nathan said. “But its integration is still a very challenging aspect. To connect a heat source into an existing plant you are talking about building big pipes and transporting hot materials, such as hot air. This can be quite an expensive process so that the integration step has a big impact on the potential viability of any option.”

Saw’s group has been assessing the economics and the technical viability of a reconfigured “solar alumina” facility. “One thing we are looking at especially is whether it will be more feasible to bring the furnace up to the tower or to provide the heat from the tower back to the furnace,” he said.

Australia has vast stretches of land with some of the best solar resource in the world for solar thermal energy, and bauxite mines could be sited at many locations within this huge continent. But of course, the early alumina processing plants were not sited with their solar resource in mind!