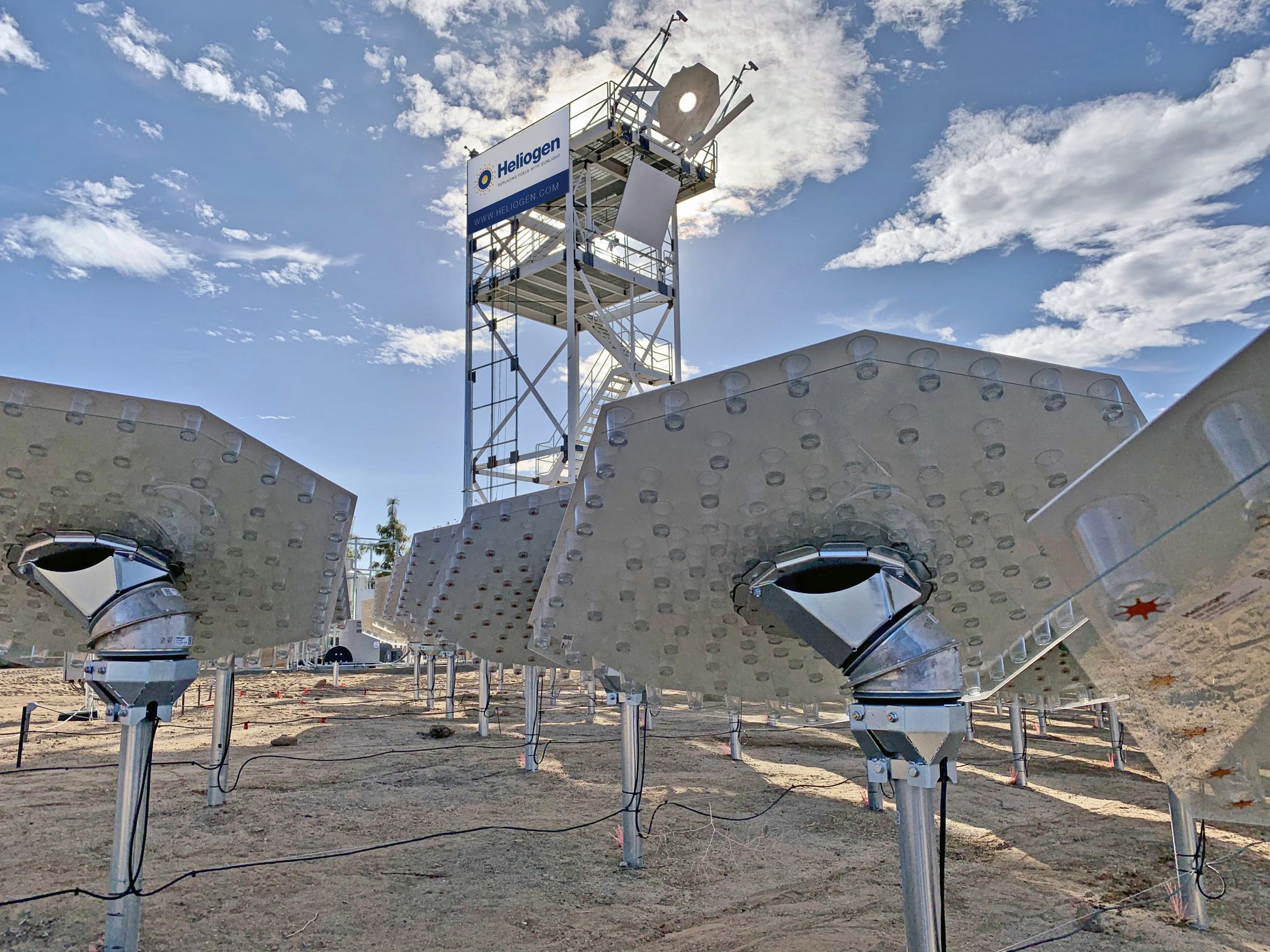 In November 2019, Heliogen announced that it had successfully demonstrated the first commercial solution for utilizing concentrated solar energy to exceed temperatures greater than 1,000 degrees Celsius. The advanced computer vision software unique to the Sunlight Refinery precisely aligns an array of mirrors to reflect sunlight to a single target with unprecedented accuracy, delivering high-temperature, carbon-free thermal energy. The baseline system will provide industrial-grade heat that will be capable of replacing fossil fuels in processes including the production of cement, steel, and petrochemicals. Heliogen’s technology will also enable power generation through the addition of a supercritical CO2 turbine and green hydrogen fuel production in combination with an electrolyzer.

In March 2021, Heliogen and Rio Tinto (NYSE: RIO) announced a Memorandum of Understanding under the terms of which Heliogen will deploy its proprietary, artificial intelligence (AI)-powered technology at Rio Tinto’s borates mine in Boron, California. Heliogen will use heat from the sun to generate and store carbon-free energy to power the mine’s industrial processes, significantly reducing carbon emissions at the site.

Among Heliogen’s existing investors are leading global figures in the fight against the climate crisis, including Bill Gates, Patrick Soon-Shiong, the Los Angeles-based investor and entrepreneur through his investment firm, Nant Capital, Steve Case through Revolution’s The Rise of the Rest® Seed Fund, and Neotribe Ventures.

“This infusion of new support for Heliogen comes at a time when the paradigm shift toward clean energy is even further accelerated by the new realities the world is facing,” said Bill Gross, CEO and founder, Heliogen. “We’re being granted the resources to do more projects that address the most carbon-intensive human activities and work toward our goals of lowering the price and emissions of energy for everyone on the planet. We thank all of our investors for enabling us to pursue our mission and offer the world technology that will allow it to achieve a post-carbon economy.”

This significant investment accelerates Heliogen’s mission to mitigate the climate crisis through rapid deployment of its decarbonization technology, with funds to be applied towards the development of multiple Sunlight Refinery facilities, initially in the United States and later expanding to other regions with strong solar resources.

“Heliogen is providing steel producers with an exciting new technology which could make a valuable contribution to cutting carbon emissions,” said Pinakin Chaubal, Chief Technology Officer, ArcelorMittal. “Its technology holds the potential to complement our existing decarbonisation initiatives and efforts to secure a more sustainable footprint for our company.”

“Heliogen is leading the increased focus to a carbon-free world for our future generations with exceptional innovation,” said Harish Consul, founder and CEO, Ocgrow Ventures. “The Heliogen team continues to scale their concentrated solar energy solution, which shall have significant positive impact globally, for decades to come.”

“Heliogen’s technology, which will deliver near 24/7 carbon-free energy in the form of heat, power, and green hydrogen fuel at scale, is transformative for industries that want to use renewable energy and to do so cost-effectively,” said Dakin Sloss, founder and general partner, Prime Movers Lab. “The Heliogen team has developed a breakthrough innovation that will change the energy landscape and pave the way for a zero-carbon economy. Prime Movers Lab is inspired by Heliogen’s work to empower a sustainable civilization for generations to come.”

Heliogen is a renewable energy technology company focused on eliminating the need for fossil fuels in all sectors of the economy and empowering a sustainable future. The company’s Sunlight Refinery™ aims to cost-effectively deliver near 24/7 carbon-free energy in the form of heat, power, and green hydrogen fuel at scale for the first time in history. Heliogen was created at Idealab, the leading technology incubator founded by Bill Gross in 1996.

In November 2020, TIME included Heliogen’s HelioHeat™ technology on its Best Inventions of 2020 list. In April 2020, Fast Company selected Heliogen as a recipient of a 2020 World Changing Ideas Award for its technology. The company won the Energy category.