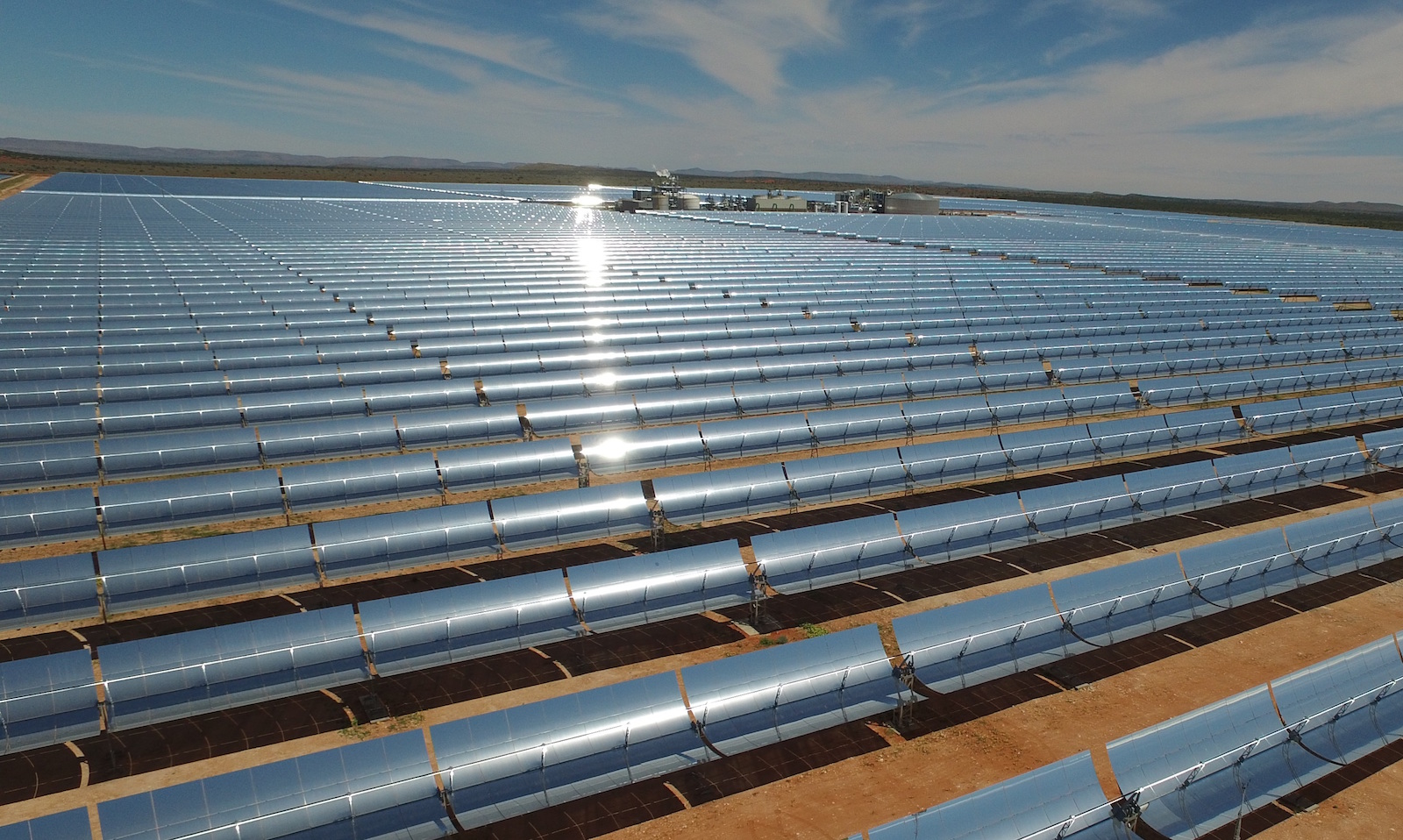 The CEO for Bokpoort CSP, Mr Ryno Lacock was proud to announce that on the 27th November 2017, the plant clocked production of 1009.31 MWh in a single day. This is the highest production ever over a single 24 hour period. The previous record was 999.13 MWh on 28th November 2016 which fell just short of the “Sweet Spot” of 1000 MWh per day which is equivalent to 20 hours of full load operations (with a 50MW turbine and a 9.3 hour storage system) akin to base-load technologies.

The plant has consistently exceeded all the key focus priorities of the REIPPP programme in terms of Socio-Economic and Enterprise Development and has received several awards over the last 2 years for these achievements. At the same time it is setting several production records: A true all-rounder, he added.

The !kheis community in the Northern Cape are the direct benefactors with 1,300 jobs created during construction, with 62 permanent jobs now in full operation, doubling that if plant services are considered. In addition, 20 local learners have also been employed to develop into skilled plant operators and maintainers with the aim of having the plant run by majority local !kheis municipality residents within the next few years.

The Deputy MD of Acwa Power for the Southern African region and member of the Board of Bokpoort CSP, Mr. Nandu Bhula was also extremely pleased with the performance of the plant. “Bokpoort has set a new African record of 161 hours of continuous operations for a renewable plant, with day & night production in March last year and now topping that by setting a new record for the highest daily production is truly amazing. The plant has also recently achieved 100% of its base case production expectations.”

Bhula added that the Board of Bokpoort CSP have placed significant pressure on the management team to raise the bar regarding overall performance expectations and clearly, the team is up to the challenge by consistently setting new standards not only in production but also through their positive socioeconomic impact and responsible environmental management.

Renewable Energy Technologies have surprisingly been subject to several debates recently. However the success of ACWA Power’s Bokpoort CSP, only in its 2nd year of operations, has proven the all-round potential of this technology. The benefits of CSP are well appreciated in Morocco by MASEN (Moroccan Agency for Sustainable Energy) also supported by ACWA Power. Through their vision for the NOOR Solar Complex in Ouarzazate, it will be the biggest CSP complex in the world with more 550 MW capacity in operation in 2018, making them a role model in energy transformation on the continent.

Renewable technology development and deployment around the globe has significantly intensified and the future of CSP in this mix is equally exciting. With the recent announcement of the Dubai Electricity and Water Authority (DEWA) 700MW Concentrated Solar Power (CSP) plants which represents the fourth phase of the Mohammed bin Rashid Al Maktoum Solar Park, having been announced at a globally-competitive levelised tariff of 7.3 US cents/kWh (1.0 ZAR/kWh) awarded to a consortium led by Acwa Power (a Saudi Arabian Power and Desalinated Water Company), the price of CSP plants are clearly dropping drastically and are now competitive with other conventional technologies. Clearly, global sentiment towards CSP is becoming increasingly positive.

It is against this backdrop that South Africa’s Bokpoort CSP project, a 50 MW CSP (Parabolic Trough) Power Plant approved during the 2nd bidding window of South Africa’s Renewable Energy Independent Power Producer Programme (REIPPP), celebrated yet another huge milestone in its 2nd year of production.

With South Africa’s Integrated Resource Plan (IRP) soon to be finalized, the future of CSP in South Africa should not be uncertain anymore, especially given the great success of Bokpoort CSP and similar plants across South Africa and other countries with similar rich solar resources. In addition, the recent price trajectory together with its quick build time, high localisation potential and job creation benefits, should influence the adoption of CSP technology into the IRP. Concentrated Solar Power should, without doubt, take its rightful place amongst other suitable technologies in our energy security horizon.