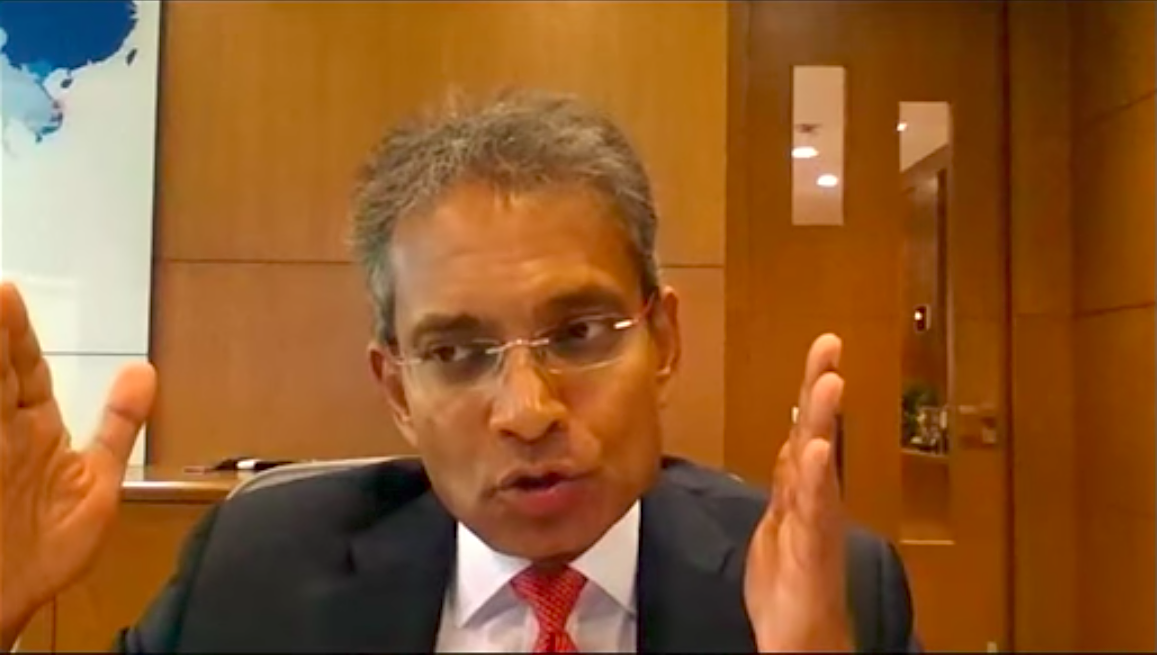 ACWA Power’s latest record-low contract signed with DEWA at just over 7 cents per kWh is no outlier, according to CEO Paddy Padmanathan. CSP is a thermal form of solar that typically includes thermal storage in a power block so that it can generate power at any time, not just when the sun shines.

Padmanathan calculated that in the same conditions as Dubai, prices for CSP could be at most 7.3 cents throughout MENA. They could be even lower depending on its solar resource; direct normal irradiance (DNI).

“If everything else is the same, and if the only difference is the DNI; say the DNI difference is 20 percent better – because Dubai is not the best in the world: some areas of Saudi Arabia and Morocco have much higher DNI – then it could even be less than 6 cents; it would be about 5 cents per kilowatt hour,” said Padmanathan.

“But depending on other factors, it could be up to 7.3 cents,” he added.

How long is a piece of string?

There’s more than DNI contributing to prices.The remaining math is not that simple. Padmanathan likened it to asking; how long is a piece of string?

“I do need to get into detail a little bit, to meaningfully answer the question. We establish the cost of getting a plant built, financing it and operating it, and then divide by the generation that is going to come out, to determine the tariff,” he said.

“But I need to contextualize it a bit. Even within one country the total cost and the total output from any given plant will be different from plant to plant. Simply because cost is driven by so many factors, ranging from topography, foundation conditions, local construction capacity, even cost-of-living – people don’t realize the logistics; all this is part of the labor cost – indirect taxation, the off taker’s credit rating, the terms and conditions of the power purchase agreement and the duration of the PPA, all of this has an impact on the total cost.”

It is not the first time ACWA Power has brought CSP prices down to what then goes on to become the new normal in this rapidly changing sector. Four years ago, Padmanathan, an engineer by background, bid Bokpoort in South Africa 28 percent lower than competing CSP at 12 cents per kWh, after bidding Noor I at the then-record low of 19 cents for the first ever CSP in the MENA region.

“CSP is very CAPEX-heavy. The investment cost of our 700 MW project is US $3.8 billion; $5.5 thousand US dollars per kilowatt. Seven to eight times more costly than CCGT,” said Padmanathan.

“However, overall on an electricity price per generated kilowatt hour, CSP is the cheapest.”

Fuel cost is a large portion of the price DEWA must pay for CCGT natural gas generation. Padmanathan said DEWA imports gas from Qatar via pipeline and buys LNG on the world market.

“What they have publicly said is that the CSP is truly cheaper than the natural gas option. CSP is at 7.3 cents for the duration of the contract. But with CCGT, the generated electricity tariff is 60% to 75%, so a big number is the fuel cost,” he said.

Jonathan Sinton, Senior Energy Specialist at the World Bank asked if this ability to compete with natural gas would apply throughout MENA.

Padmanathan replied that CSP is the least cost option pretty much throughout MENA given its reasonable or good solar resource. “And investors and lenders have come to terms that CSP is not some exotic rocket science technology so the technology risk has been taken away pretty much.”

He pointed out that if a country is not as creditworthy as Dubai, its cost for the alternative, fossil fueled power, would be that much more expensive anyway. “So it is all about what is affordable within that country, what are the relative costs.”

He gave Jordan as an example of a country with “not exactly the cheapest cost of capital” and where ACWA Power has built several fossil energy plants. “We’ve been doing this for a while, so we have a good understanding of Jordan. Their cost of generation was more like 24 cents per kilowatt hour, buying fuel from the world market. As Jordan moves more to renewables, we see that coming down to 10-12 cents per kilowatt hour.”

Could 35-year contracts offer a future model for CSP to further compete against CCGT?

One unusual aspect of the 700 MW project is a much longer contract term than the typical 20 or 25-year PPA for solar or wind power.

Although DEWA’s is the first 35-year CSP contract, parts already offer long lifetime guarantees. And the earliest commercial CSP, SEGS, starting in 1984, has proven long-term durability, in recent years entering a second round of 25-year PPAs as much as 40 years later. In a renewable PPA, any upgrades are accounted for in the price per kWh, so any additional maintenance costs in a 35-year contract would not be an offtaker’s risk.

A longer contract not only lowers the generator’s cost by amortizing upfront costs over more years of generation, but also provides the off taker with a longer period of guaranteed price stability compared to the dispatchable generation alternative; natural gas.

Unlike CSP, CCGT, with the lion’s share of its costs tied up in unknowable future fuel prices, cannot guarantee a set price.

“The world gas market oscillates and will oscillate in the future over the next 35 years, so the ability to guarantee a solar price for 35 years is a huge huge benefit,” said Padmanathan.