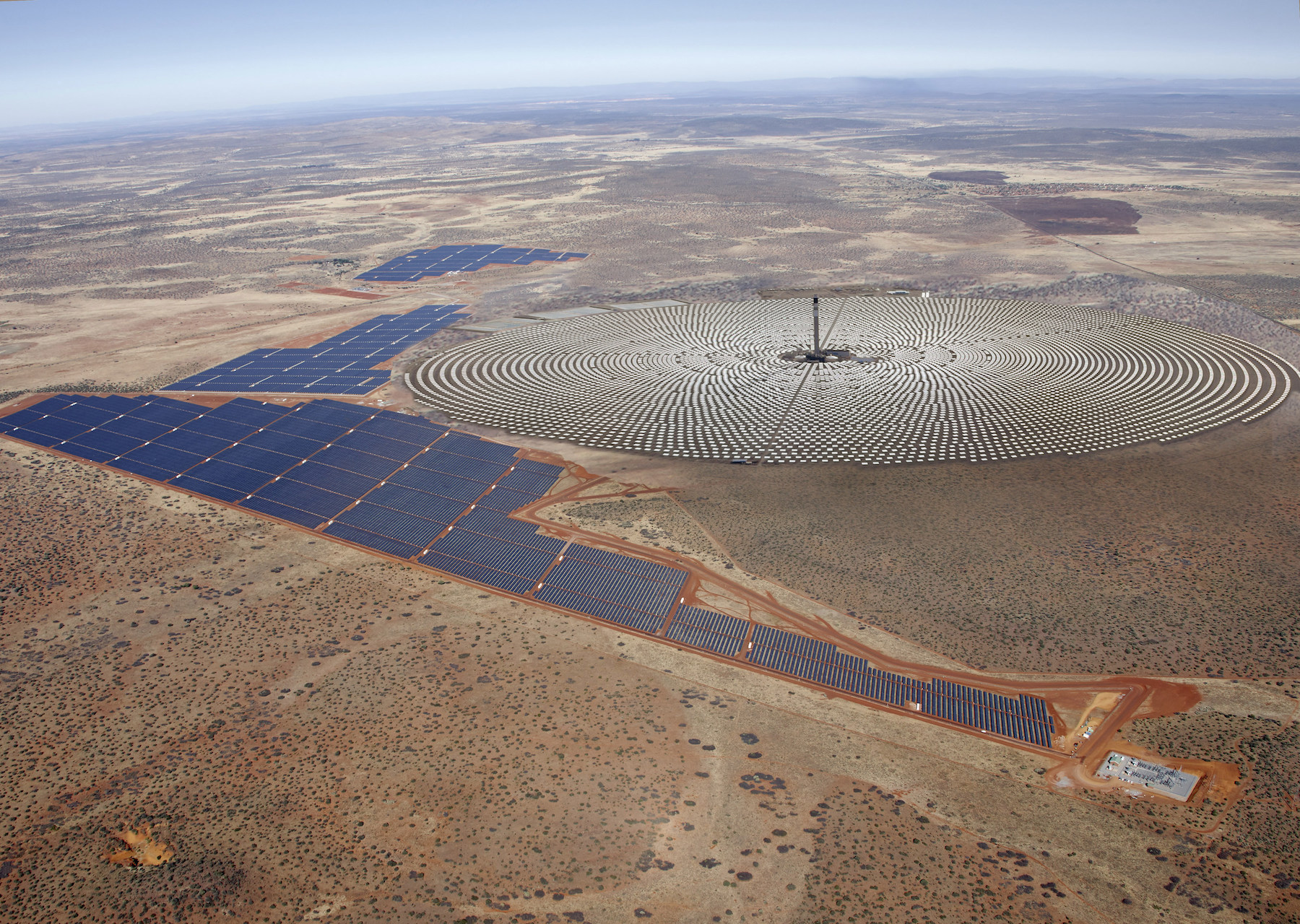 At the Energy Indaba in Johannasburg, South Africa’s new Energy Minister, David Mahlobo announced that he has now signed off on the 27 outstanding renewable energy contracts that the state-owned electricity company Eskom has failed to honor for a year and a half, including Redstone.

ACWA Power South Africa Deputy Managing Director Nandu Bhula said that he had been personally assured at the Energy Indaba last week that all 27 contracts would be signed “in the next week”. The Indaba had been hastily convened last Thursday.

“I spoke to the minister myself actually and he was very adamant that the PPAs would be signed this week,” Bhula confirmed on Wednesday evening in South Africa.

“I was hoping to be able to tell you tonight that we are invited to sign tomorrow. And that our business development team at ACWA is getting ready for that process but we have not been invited as yet to come to the table to sign. But we haven’t received formal notification that we must make ourselves ready to sign tomorrow.”

Despite previous assurances over several years that at some point in the future the long-delayed PPAs would be signed, this time, the commitment was more defined.  It has been promised by all the state leaders including the President Zuma in the nation’s address. Mahlobo said at the Energy Indaba that Public Enterprises Minister Lynne Brown has concurred in Eskom concluding the contracts. David Mahlobo just became the new Energy Minister within the last two months.

But as the end of the week draws near, and elections start this weekend in South Africa, Bhula is making allowances for manpower itself being an issue to catch up on so many energy contracts. Between all of the renewable contracts, 55 billion rand ($4 billion in USD) of direct investment is at stake.

“I do believe there is a lack of resources in the department and they are starting to try and get all their ducks in a row to be able to sign all 27 in one go. So I am giving them the benefit of that doubt,” said Bhula.

The 20-year contract for power delivered from the Redstone CSP project had narrowly missed being signed before the delay began.

“There were two CSP projects in round 3.5 and the other one, Kaxu, was signed in time but Redstone was not ready to sign at the time and that was right before the whole delay process started,” he related.

“Unfortunately that two or three weeks, cost us one and a half years delay.”

Earlier this year, it was reported that a condition of signing would be that prices would be renegotiated to 7.7 cents per kWh, regardless of original agreements on each of the 27 projects.

However,  Mahlobo has said he will not enforce the 7.7 cents, but that “I will not get into the contract matter, the rands and cents, but I can tell you that they have managed to find each other.”

Bhula said that ACWA Power will likely sign at slightly under the original price per kilowatt hour of energy delivered, which unlike an intermittent renewable like PV or wind, includes up to 12 hours daily of thermal energy storage that would enable Eskom to dispatch power on demand.

South Africa’s renewable contracts under the REIPPPP (Renewable Energy Independant Power Producer Program) were viewed as exemplary for their professionalism and openness. The future will likely look very different.

It is widely rumored that Mahlobo has already quietly made a deal for at least 7 gigawatts of Russian nuclear plants at nearly twice the price per kWh of the renewable contracts. Given permitting time in South Africa, nuclear power would take at least 15 years to come online and deplete the ability to purchase renewables during the wait. PV and wind are the only two renewables the Energy Minister mentioned.

Base load, like nuclear, is becoming redundant in more countries as fast-growing PV and wind take over more of the load. CSP is a flexible and dispatchable resource that pairs better with these intermittent resources, rounding out an environmentally safe power system.