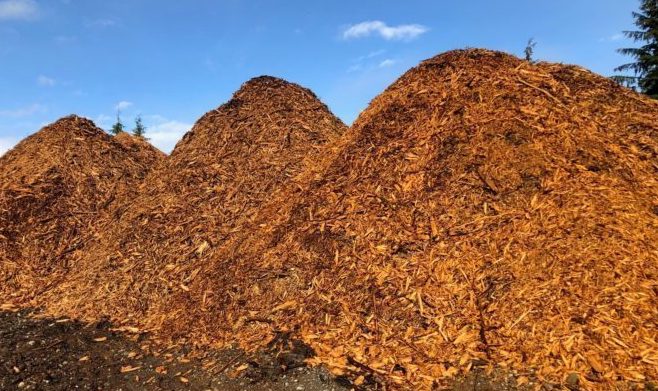 Biomass gasification using steam and oxygen is an already mature technology for extracting hydrogen, which requires heat at above 700°C.

To generate the heat for gasification, traditionally, some of the biomass itself is burnt. But this combustion emits several greenhouse gases, which can be quite high, depending on the carbon and hydrogen content of the biomass used, whether from animal and organic wastes, municipal solid wastes or the various different kinds of agricultural crop residues.

The heat requirement of this hydrogen process makes it a great candidate for decarbonization with solar thermal energy. So researchers are investigating a way to reduce using heat from biomass combustion, by substituting heat from concentrated solar thermal (CST) energy due to its demonstrated ability to generate temperatures up to 1500°C.

“In the conventional gasification process, about 30 to 40 percent of the biomass is used to provide heat,” said Stéphane Abanades from the French solar research facility at CNRS-PROMES. “So our core idea is to develop a solar setup and process for gasification to have a clean production of hydrogen and syngas.”

CST focuses solar flux reflected from mirrors and concentrator up to a receiver or solar reactor. This solar heat can be used in a thermochemical process to extract hydrogen from even complex carbonaceous gases or liquids or solids like waste biomass.

This is why research is going into this form of solar hydrogen; it is a promising future alternative to electricity-driven electrolysis, which depends on extremely pure water to produce hydrogen. Waste biomass is an abundant resource that has recycled carbon dioxide naturally via photosynthesis, so the solar-driven gasification process is a sustainable way to convert carbon dioxide captured by biomass into carbon-neutral fuels.

The challenge for gasifying biomass using heat from a solar intermittent and variable source is that – as with many thermochemical reactions – the gasification process should be continuous, day and night. To solve this, some researchers in solar thermochemistry have included thermal energy storage to provide continuous heat round the clock for these kinds of industrial heat applications and solar hydrogen production.

Why the researchers favored a solar hybrid

Instead of storage, what Abanades’ team proposed and have now tested is a hybrid process.

“Storage must be compatible with such high temperatures, which it’s really not yet,” explained Abanades, who has authored a great deal of solar thermochemistry research. “So currently the storage solutions are not adapted for such high temperatures. These thermochemical processes require a temperature usually above 1000°C, so now research is more and more devoted to how to develop continuous processes.”

In their paper published at Science Direct; Experimental assessment of woody biomass gasification in a hybridized solar powered reactor featuring direct and indirect heating modes, the team presents their experimental results from continuous wood gasification, and proved the efficacy of their hybrid reactor design.

“For example, when a cloud passes, decreasing the solar power input, we show that we can maintain the internal temperature thanks to partial combustion inside the reactor. So we show the feasibility of continuous operation,” he said.

Solar to fuel efficiency over 27%

The team demonstrated solar to fuel efficiency in this process of over 27% at lab scale during on-sun operation with continuous wood biomass feeding. This is much more efficient than other solar thermochemical processes.

This efficiency level is remarkable because typically, a lab scale demo like this – at just 1.5 kWth – actually shows lower efficiency, because there is more chance of thermal losses in a smaller volume.

“So these values are very promising for this scale,” Abanades commented. “Because of these higher efficiencies even at small scale, biomass gasification is interesting. And we can further improve them, because when you upscale a reactor; automatically the solar to fuel efficiency is improved because you reduce thermal losses.”

The researchers adapted the spouted bed biomass reactor so that it can operate with both solar and biomass-derived heat. This kind of reactor is originally closed using a cavity to hold the biomass being converted in a restricted volume. To make it able to operate on solar heat as well, the researchers engineered a way to enable it to directly receive the heat flux focused by reflecting sunlight with a solar field of mirrors and a concentrator.

The research determined that focusing solar radiative heat directly on the continuously-fed biomass within the cavity through a glass window was better than indirect heating via an intermediate heat transfer wall. The direct heat improved the H2 and CO yields and improved the stability of the produced syngas output from which the hydrogen gets extracted. But the reactor also needs to be able to close at night to reduce radiation losses when it’s operated in autothermal mode. The reactor design work thus continues, as detailed in the paper.

A limitation with a lab scale test is that because its volume is small; the residence time of the gas inside is short. The researchers compensated for this kinetic limitation by operating the test at a higher temperature; about 1300°C, in order to have a good conversion of the secondary products into hydrogen-rich syngas.

This higher temperature then proved to have advantages in both solar and hybrid mode, as high temperature resulted in better reaction kinetics that improved the yields of both H2 and CO, along with less CO2.

“High temperatures are favorable for a high yield of syngas,” he explained. “When you decrease too much the temperature, you have secondary products that are formed by the reactions, such as tars. But we want to produce a pure syngas, composed of carbon monoxide and hydrogen.” 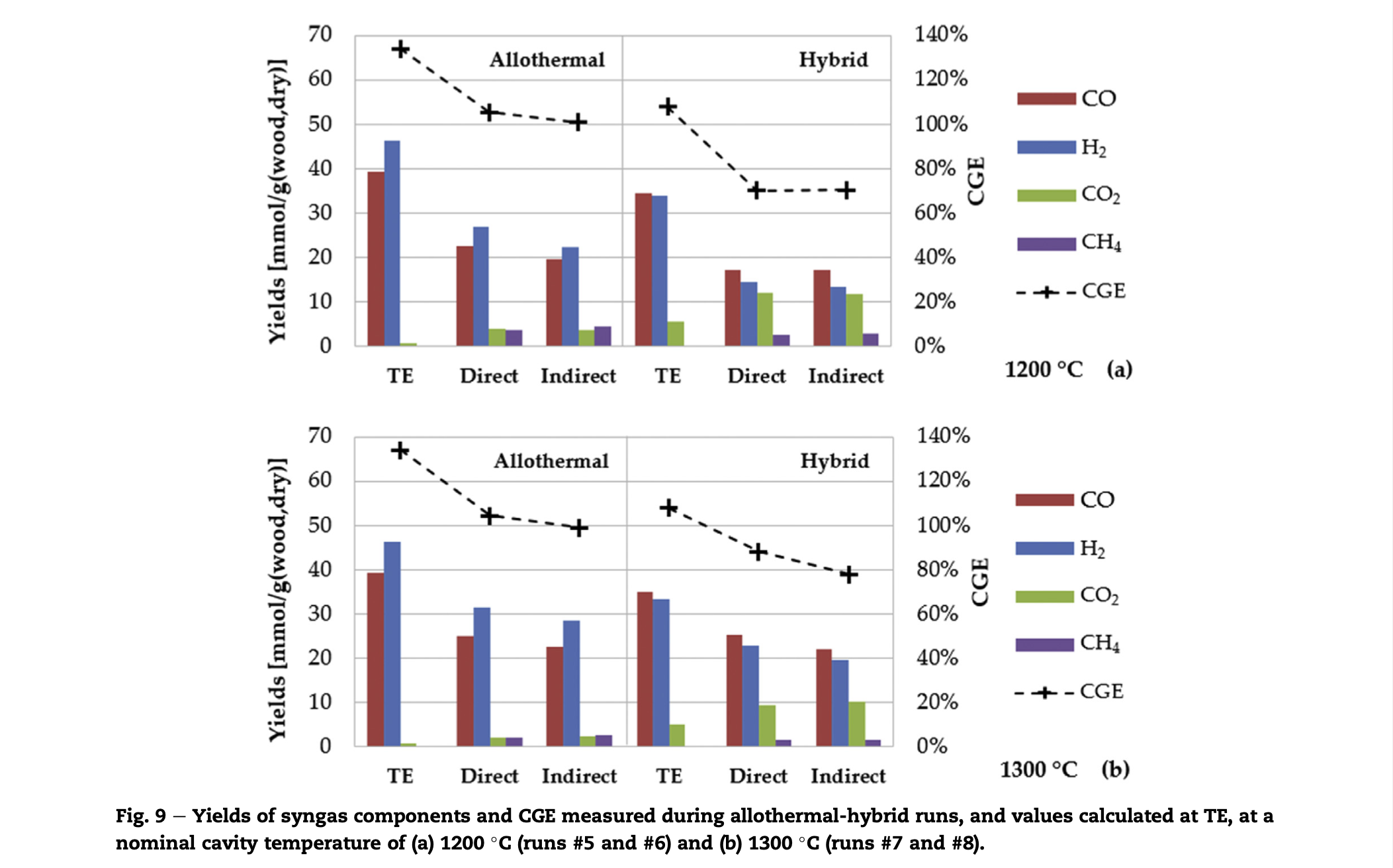 Their results showed good production of hydrogen at the 1.5 kWth lab scale of the adapted spouted bed gasifier, with efficient solar energy storage into the syngas. This means the calorific value of the gas products is higher than that contained in the biomass feedstock, thanks to the solar energy supply.

“We are around 1.5 liters per minute of hydrogen produced for about 1 gram per minute of biomass fed in the reactor during allothermal operation,” he noted. “This is a good result because we have optimal utilization of the feedstock; approaching the maximum output reachable by the reaction given its stoichiometry.”

For the next step, Abanades sees further experimental work to control the reactor automatically in real time under variable solar energy resource; so this new solar hybrid biomass gasification process can adapt itself to changing conditions day and night in an automated continuous process.