The Port of Antwerp has inaugurated the first Concentrated Solar Thermal (CST) in Europe as part of its efforts to make its operations more environmentally friendly.

[Actually, there are many such projects in Europe: for example the many cities with solar district heat from Aalborg. CST (or CSH) provides just direct heat or steam, while CSP is for generating power: there are 2.3 GW of CSP in Spain alone: ED]

In a pilot collaboration with Belgium-based energy company Azteq, co-financed by the Flemish government, the plant was installed specifically for Adpo (Antwerp Distribution and Products Operations), the integrated logistics firm based in Beveren.

The CST farm has 1100 m2 of parabolic reflectors on the site of Adpo, which until now had used gas to produce the steam that it uses for cleaning and heating tanks and containers.

Heating the tanks and containers requires temperatures of more than 140 degrees Celsius, which is well within the capabilities of CST technology, even in overcast regions. 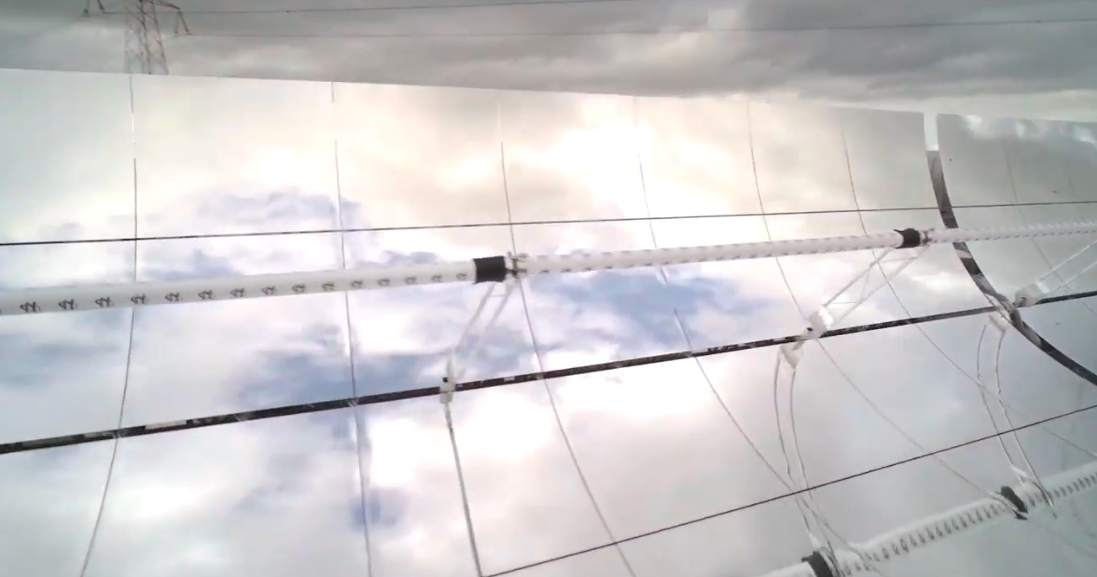 The CST farm’s solar reflectors will each be 5 metres long and be in lines of 120. They will follow the path of the Sun and focus the incident sunlight on collector tubes.

It is the first part of wider project to utilize solar energy and together with two others in Ostend and Genk, it will generate between 1,390 and 1,260 MWh of eco-friendly heat annually. The three plants will cost a total of US$1.56 million, of which almost $911,000 will be paid by the Flemish government.

“Together with industry we are working to reduce CO2 emissions and make the transition to alternative energy sources, so as to become a CO2-neutral port.

“We want to be a testbed for technological innovation that helps us on the way to a sustainable future. I am therefore proud that this promising technology is being tested first in Port of Antwerp.”