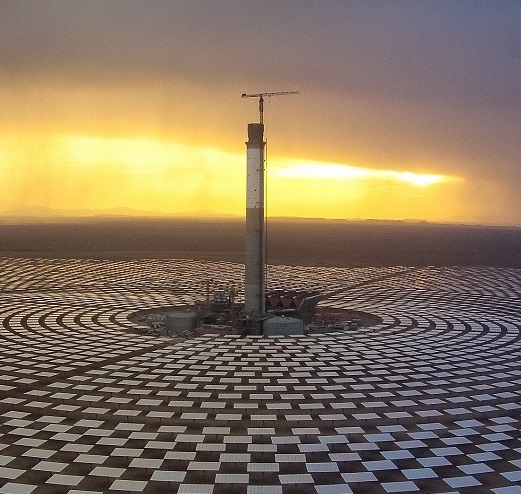 Design innovations and a favorable development framework should see Morocco hit its lowest prices for the hybrid PV-CSP Noor Midelt project and the country is joining global support schemes to diversify its funding supply, an official at the Moroccan Agency for Sustainable Energy (Masen), said.

Managed by Masen, the renewable program supported the construction of the 160 MW Noor I parabolic trough plant with three hours storage, operational since 2015. The 200 MW Noor II parabolic trough plant and 150 MW Noor III CSP tower plant, both with over seven hours storage, will also come online by the end of this year, in addition to the 170 MW Noor PVI project. Noor I, II and III and PV1 have all been developed by Saudi Arabia’s ACWA Power and partners.

Morocco has launched a request for proposals for two hybrid solar plants at Noor Midelt, which will each have a gross CSP capacity of between 150 MW and 190 MW and include storage capacity. The two plants will be built by different developers and technology can be parabolic trough or tower while the exact PV capacity must be defined by the bidder.

Morocco has kept in place a “plug and play” approach to plant procurement used for earlier CSP tenders where many development and financial risks are assumed by Masen.

This framework allows developers to focus on optimizing project costs and should result in a lower tariff for Noor Midelt than on previous projects, Meryem Lakhssassi, Sustainable Development Officer, Masen, told the MENA New Energy 2018 conference in Dubai on April 24. Morocco’s CSP tariff prices have already dropped sharply, from 1.62 for the Noor I project to 1.36 for Noor II, Lakhssassi noted.

“We hope [the tariff] will continue to decrease, that is the objective,” she said.

Global auction results suggest that CSP could provide electricity at prices between $60/MWh and $100/MWh by 2020, the International Renewable Energy Agency (IRENA) said in a recent report. In September 2017, Dubai awarded ACWA Power the 700 MW DEWA CSP project at a tariff price of $73/MWh, under a 35-year power purchase agreement (PPA). China’s Shanghai Electric will deliver the plant in the group’s first major CSP contract outside of China.

Morocco’s support for CSP with storage comes from a combination of renewable energy priorities and a direct market need for night time power.

“The main objective of the Moroccan energy strategy is to reach 52% of installed capacity from renewables…Given the fact that the peak hour in Morocco is after sunset, the energy storage was inevitable,” Lakhssassi said.