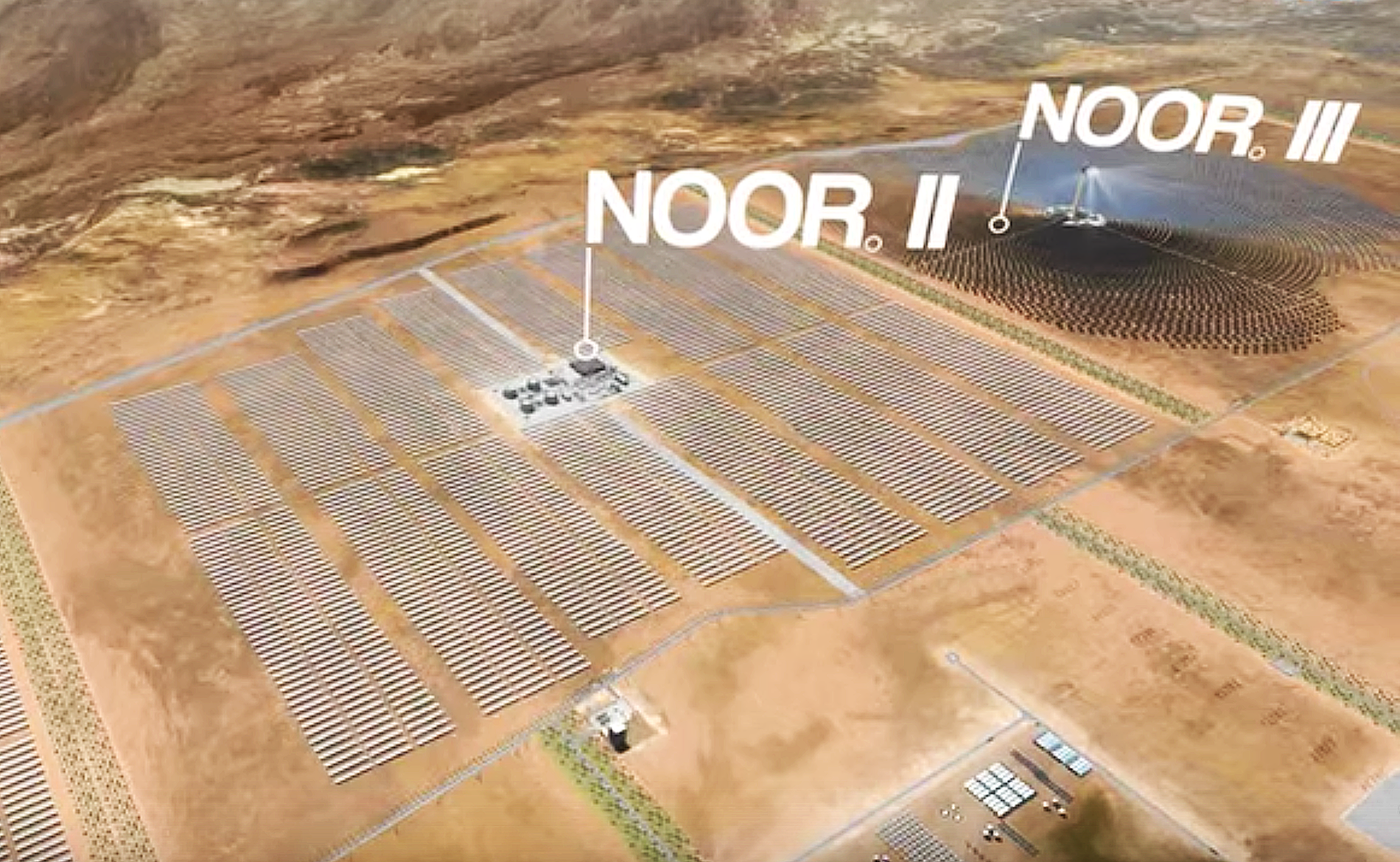 SEPCOIII Electric Power Construction Corporation, one of two EPCs involved in construction, (SENER, the EPS for Gemasolar is the other one) said that project synchronization to the grid of the first 10 MW of ACWA Power’s Noor II solar plant was accomplished successfully on January 10, 2018 at 16:52.

After running the steam turbine successfully on January 9th, project synchronization of the first 10 MW was achieved on the 10th.

ACWA Power expects both Noor II and Noor III to be complete in 2018.

Noor II will be complete by the end of March and Noor III by the end of the year, the firm said in a press release. Noor I, a 160 MW parabolic trough CSP plant with 3 hours of storage was completed in 2016.

Both were developed by ACWA Power as part of Morocco’s Noor solar complex, comprising both PV and CSP solar technologies. When complete, the Noor complex will be the largest in the world, with 500 MW just from CSP.

Morocco energy agency MASEN conducted research and determined that the early evening peak once the sun had gone down was its greatest need. So CSP, with its thermal storage, was chosen to meet that demand. While PV is lower cost, it can only cost-effectively generate power during the day. Recognizing the ability of CSP to deliver solar power after dark, Morocco required storage in each CSP tender.