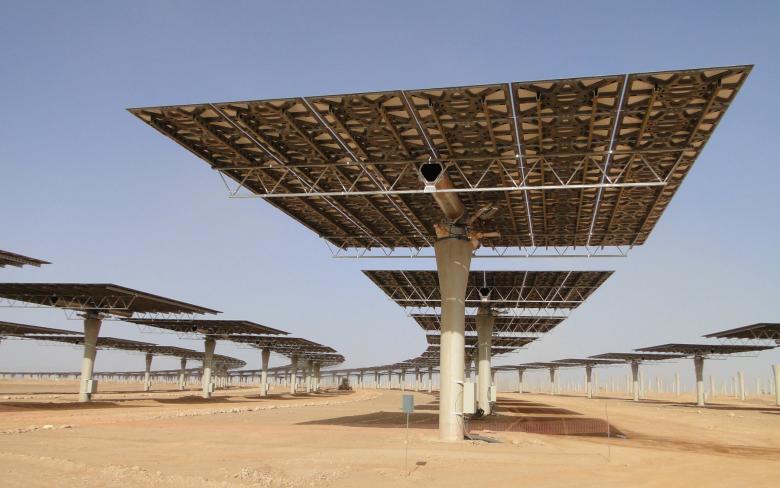 “Noor III receiver installation on tower has been finalized already, so we are ready to continue the commissioning of the plant with the solar field operative,” the Performance Guarantee Manager at SENER, Sergio Relloso told SolarPACES in a Skype call.

“Noor II for example was synchronized the first week of January and then we initiated the ramp up to 100% of plant load of 200 MW, to later commence commercial operation of the plant. In Noor III we are under commissioning now, with the target of reaching synchronization in summer.” 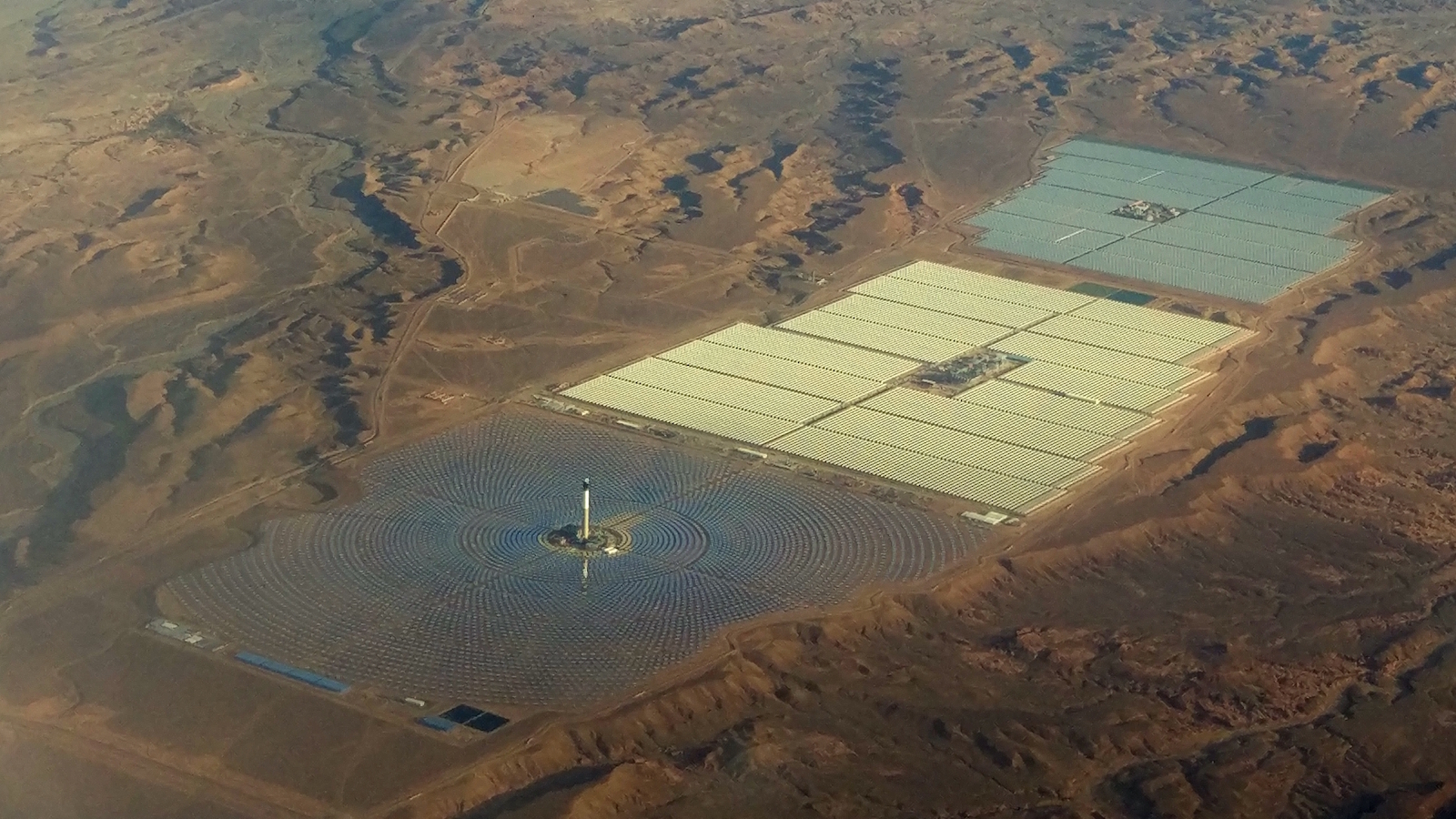 At 150 MW gross capacity, Noor III will deliver 140 MW of net capacity during Morocco’s Peak Hours Time Slot.The remaining 10 MW supplies power for the site itself, the so-called ‘parasitic’ needs that are normal at power plants.

With 7.5 hours of storage, Noor III was optimized to meet the demand during five peak hours daily during which the electricity price is 18% higher. The first two CSP plants at Ouarzazate, Noor I and Noor II, both trough, have 3 and 6 hours of storage respectively. (How trough CSP differs from tower)

Although Noor III is SENER’s 29th CSP project, it is only its second CSP tower with molten salts storage. SENER’s Gemasolar was the world’s first commercial tower CSP to include thermal energy storage with molten salts. It has been operating reliably since 2011, generating solar power for hours after dark near Seville in Spain. Gemasolar has the capacity of producing electricity on a 24/7 basis.

SENER also engineered and built the 160 MW Noor I and 200 MW Noor II, the latter together with China’s SEPCOIII.

SENER is technology provider for the entire Noor III project, the solar field, the solar receiver on the tower, the controls that keep these two in sync together, the solar thermal storage system in molten salts and the power block. It shares EPC duties with China’s SEPCOIII, which is mainly involved in all the components and subsystems of the Power Island.

A lot is riding on Noor III. At 150 MW, it will be only the second utility-scale CSP tower in the world to store solar energy for night in molten salts, after the 110 MW Crescent Dunes power tower project in Nevada.

Crescent Dunes followed a much smaller experimental DOE-funded tower pilot, the 10 MW Solar One/Solar Two, which was tested during the 90s and dismantled in 2009. SENER’s Noor III is also much larger than Gemasolar at just 20 MW.

“Tower has not been deployed as much as parabolic trough,” Relloso pointed out. “We have about 5 GW of CSP technology deployed in the world today, but approximately 4.5 GW of it is parabolic trough, so trough comprises 90% of the CSP that’s deployed.”

CSP trough prices have come down considerably since their first deployment, as efficiencies of production tend to lower costs. Yet SENER was able to price Noor III similarly to the trough project, Noor II.

“If we can achieve a similar cost of between the tower and the trough, when there is such a low deployment of tower, we are sure we have much more potential for cost reduction, but we will need to make more tower,” said Relloso. 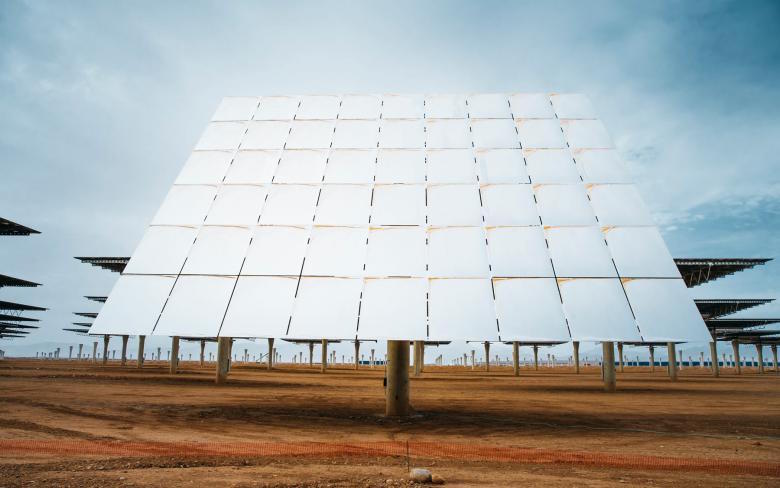 Scaled up: Noor III can deliver at a 40% lower cost than Gemasolar ©SENER

In addition to scale, other factors; R&D, lessons learned, efficiency gains and industrialization of components also helped a lot in reducing project CAPEX.

Despite its much lower price than Spain’s 27 cents and higher, Noor III at 15 cents per kWh is not at a record-low price like ACWA Power’s 700 MW project awarded at just 7 cents in 2017 for Dubai in the United Arab Emirates.

But Relloso cautioned that Dubai is an outlier, because CSP costs also vary widely globally depending on many other factors like latitude, which greatly increases trough plant efficiency, as well as applicable taxes.

In addition, economy of scale was an important driver in Dubai. That 700 MW project is twice the size of the 350 MW Noor II/ Noor III component of Ouarzazate.

Relloso emphasized that there is a danger in perceiving the price of Dubai’s tower as representative of new tower prices, since it “this is completely hidden in the calculation by the much cheaper 600 MW of parabolic trough.” Only 100 MW of the 700 MW project is tower.

The future of CSP is its molten salts energy storage

Relloso sees molten salts energy storage as the future of CSP, as this is the element that makes CSP the dispatchable form of solar. CSP can be dispatched on demand, due to its heat-based solar power generation technology. This gives it added value over other renewables such as PV and wind, which do not have this intrinsic capability.

Molten salts cycle between a “cold” of around 290°C to an operating temperature of 565°C. Research has been ongoing in higher temperature molten salt systems, because operating at higher temperatures would result in more efficient generation. But with the experience of 29 CSP plants under SENER’s belt, Relloso is realistic.