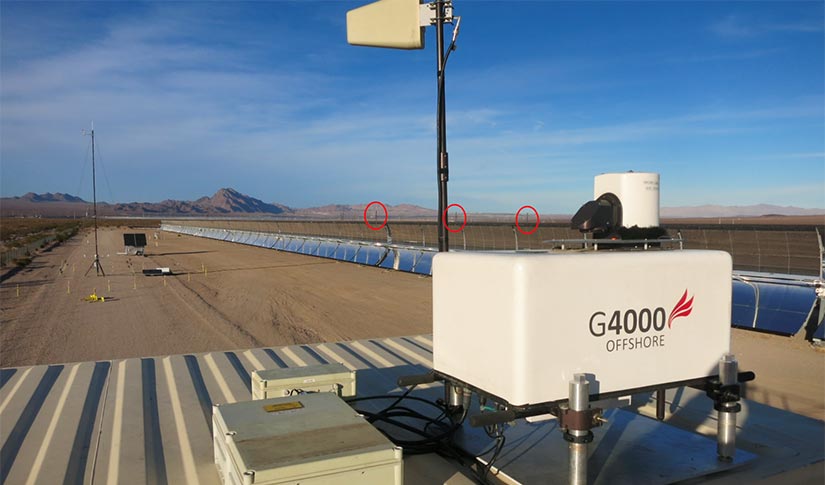 High wind loads increase structural design costs of concentrating solar power (CSP) collector structures, such as heliostats and parabolic troughs. In a new two-year project, the National Renewable Energy Laboratory (NREL) will work with the Department of Energy Office of Energy Efficiency and Renewable Energy’s Solar Energy Technologies Office (SETO) to conduct two comprehensive at-scale field measurements of atmospheric turbulent wind conditions and the resulting wind loads on CSP structures. The data sets will be used to develop and validate computational models that will be made publicly available to the CSP community.

Previous studies have relied on data from wind tunnels that do not adequately capture the dynamic effects observed at scale. In recent projects over the past two years, NREL has leveraged more than two decades of wind-energy modeling expertise to conduct at-scale field measurements to characterize the turbulent wind conditions at the Nevada Solar One parabolic trough CSP facility located near Las Vegas. The high-resolution measurements to be collected through the new project will be used to further validate the high-fidelity computational models that have been developed at NREL. 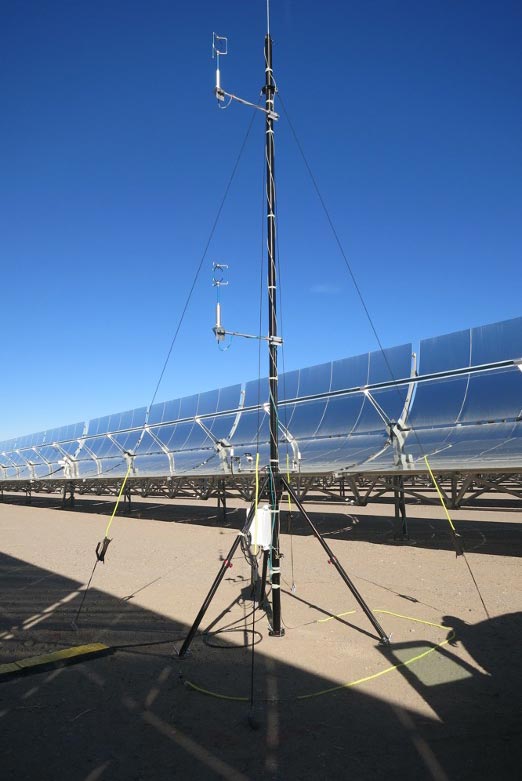 “The team is composed of members from all over the lab who are working seamlessly to make sure this important project is successful and provides critical information to the CSP plant developers and operators,” said Shashank Yellapantula, a research engineer in NREL’s Computational Science Center.

Yellapantula has been a part of two previously funded SETO projects as well as this recently launched two-year effort. He has developed and validated wind-loading simulation models for parabolic troughs that have resulted in peer-reviewed publications. He will be responsible for development of computationally efficient models that can be transitioned to industry at the end of this project.

“I look forward to working with my colleagues from the Computational Science and National Wind Technology centers,” said Mark Mehos, NREL’s Thermal Energy Systems group manager within the Center for Energy Conversion & Storage Systems. “Significant funding from the Wind Energy Technologies Office has led to the development of high-fidelity computational fluid-dynamic models and instruments for on-site wind assessment. Leveraging these dollars to support the CSP community benefits all involved and should be a model for future collaboration.”

In addition to the NREL team, there are several industry partners and stakeholders that will serve as advisors to ensure that the project remains relevant to the industry. These partners include Schlaich Bergermann Partner (SBP), Solar Dynamics, Acciona Energy, and the Australian Solar Thermal Research Institute (ASTRI). The NREL team and Acciona engineers are currently coordinating the wind measurement campaign at Acciona’s Nevada Solar One facility.

For basics on concentrating solar-thermal power or for more on NREL’s CSP work, visit www.nrel.gov/csp.