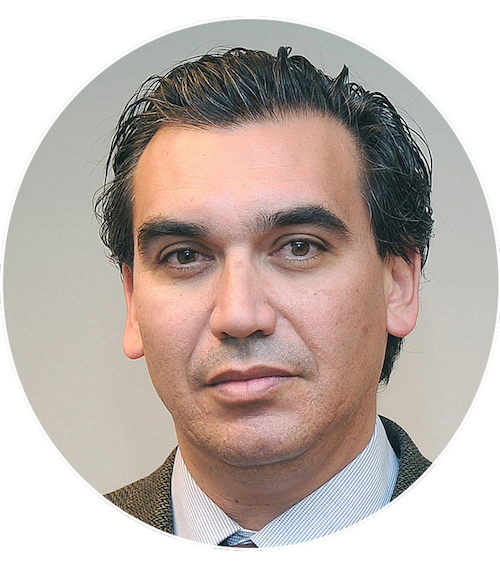 CM. You have pushed for the development of concentrating solar power in Chile from the very beginning, why do you think CSP is a good choice for Chile?

CA. I’ll give you some background facts. In the early 2000s Chile had bet on solving its energy needs by importing natural gas from Argentina. On the face of it, it seemed like good solution because the gas was plentiful and cheap, allowing us to produce energy at about US$ 20 per MW/h. But political and economic changes in Argentina brought about cuts to gas supply and by 2006 Chile started suffering from energy scarcity. To counter this, the government built a number of coal plants and also two LNG terminals in the North and Central regions. Many of the mining operations resorted to diesel powered generators, a very expensive way to generate electricity. All of these were temporary solutions that didn’t solve our overreliance on imported energy.

Our search for alternatives brought us to Spain in 2007, where we had the chance to visit Solucar solar complex and see PS10, one of the first ever solar tower concentration plants. That’s when we realized that we had a solution within our borders, in the Atacama Desert. This area has some of the best solar resources in the world, available land, and demand from energy hungry mining operations (20% of the world´s copper mine production is exploited in the Atacama Desert)[i]. Chile is also the world’s largest producer of sodium and potassium nitrates, key to manufacturing the molten salts that are used in thermal storage systems. Additionally, there are none of the drawbacks you see in other regions. No sand-storms, no competition for land with agriculture or housing. CSP is a perfect match for Chile.

What role does CSP play in the Chilean energy matrix today?

Chile is seeing an expansion of its renewable capacity. Right now, there are 4.1 GW of installed non-conventional renewable energy[ii] and we are aiming at doubling this capacity by 2021. Most of this renewable energy will come from PV and Wind, as you know these are variable sources of power, subject to sudden peaks and troughs. In order to absorb and make the most of variable renewables we need dispatchable power, capable of providing back-up. This is where CSP with thermal storage comes in. 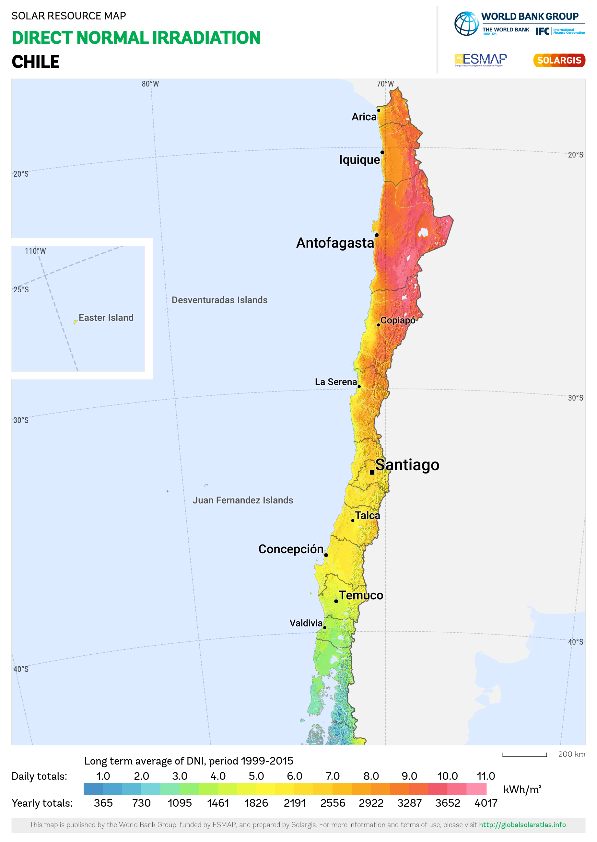 Why is it important to have dispatchable sources of power such as CSP with thermal storage?

Because otherwise the electrical grid resents the sudden production spikes that are inherent in sources like PV and Wind. CSP with thermal energy storage provides a renewable source of dispatchable power, bringing stability to the system. Regulators and grid operators have to factor in and reward technologies that provide dispatchable renewable generation.

In the absence of renewable sources of dispatchable power we would have to continue relying on fossil fuels. Of course, CSP is not the only renewable source that can provide a stable output, we also need to develop a mix of technologies including batteries, geothermal and pumped-storage hydroelectricity (PSH).

The next step will be to strengthen our interconnections with neighboring countries to enable Chile to export renewable energy, and making the whole system more robust.

Can CSP have a positive impact on the economy of your country?

Yes, CSP has an important local content component because much of the construction and assembly is done in-situ; so CSP generates a substantial number of jobs both during construction and operation. Additionally, it creates the opportunity for auxiliary industries to spring up. The Cerro Dominador project, which closed financing in July 2018, will give us a better idea of how much economic activity will be generated around the project but we have already started seeing some positive outcomes. Abengoa has trained 50 women, from the neighboring town of Maria Elena, to assemble heliostats for the CSP plant and reported that they were performing well.

These positive externalities are harder to achieve with PV or wind because most equipment comes pre-assembled from abroad. From the local development point of view, it’s not great to import everything from China, USA or Germany.

Do you have any recommendations for countries which are considering starting a CSP program?

Yes, I have three recommendations. The first is that they need to reward the dispatchability and flexibility that CSP with storage brings to the whole system. Secondly, they should account for all the local economic activity that will be generated around CSP projects. Finally, they should take the chance to invest in knowledge creation and research to ensure they are producers of CSP technology and not only consumers.