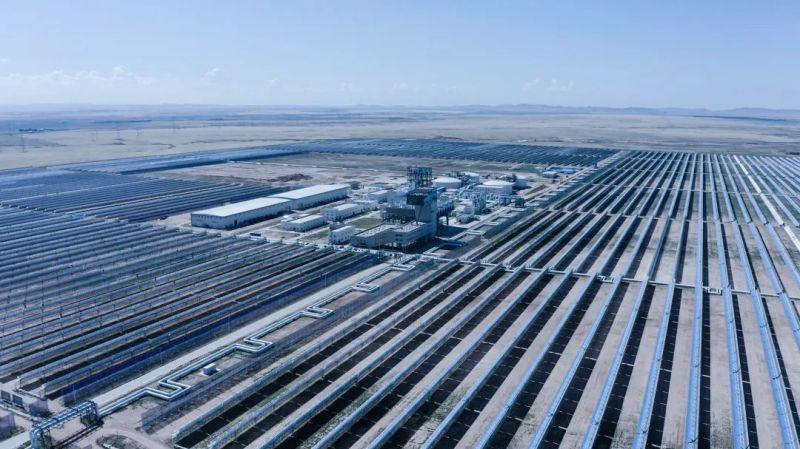 In Mongolia at a latitude of 41.5 degrees, the Wulate Urat CSP project generated day and night solar continuously for 12 days.

In a solar energy record for round-the-clock power generation, Mongolia’s Wulate 100MW trough CSP project ran continuously for 12 days, generating pure solar energy without batteries; due to the thermal energy storage in CSP. (How Concentrated Solar Power (CSP) works). In a CSP plant, mirrors create heat from sunlight and the heat is stored thermally and runs a thermal power plant.

Wulate began operation on January 8, 2022. The 100 MW plant generated 300,000 MWh of solar energy in its first year of operation. Records obtained by China’s Solar Thermal Alliance show that during that time; from June 4th to June 15th, 2022, and even under overcast skies for six of those days, continuous power generation round the clock was achieved for all 12 days. The total power generation of over 22,000 MWh during that period was at a maximum power generation of 106 MW.

Note: The Wulate project is also known as the Urat project. (many CSP projects are known by regional or nearby town names) It is one of the two CSP projects using parabolic trough technology listed here in China’s first round of pilot projects. 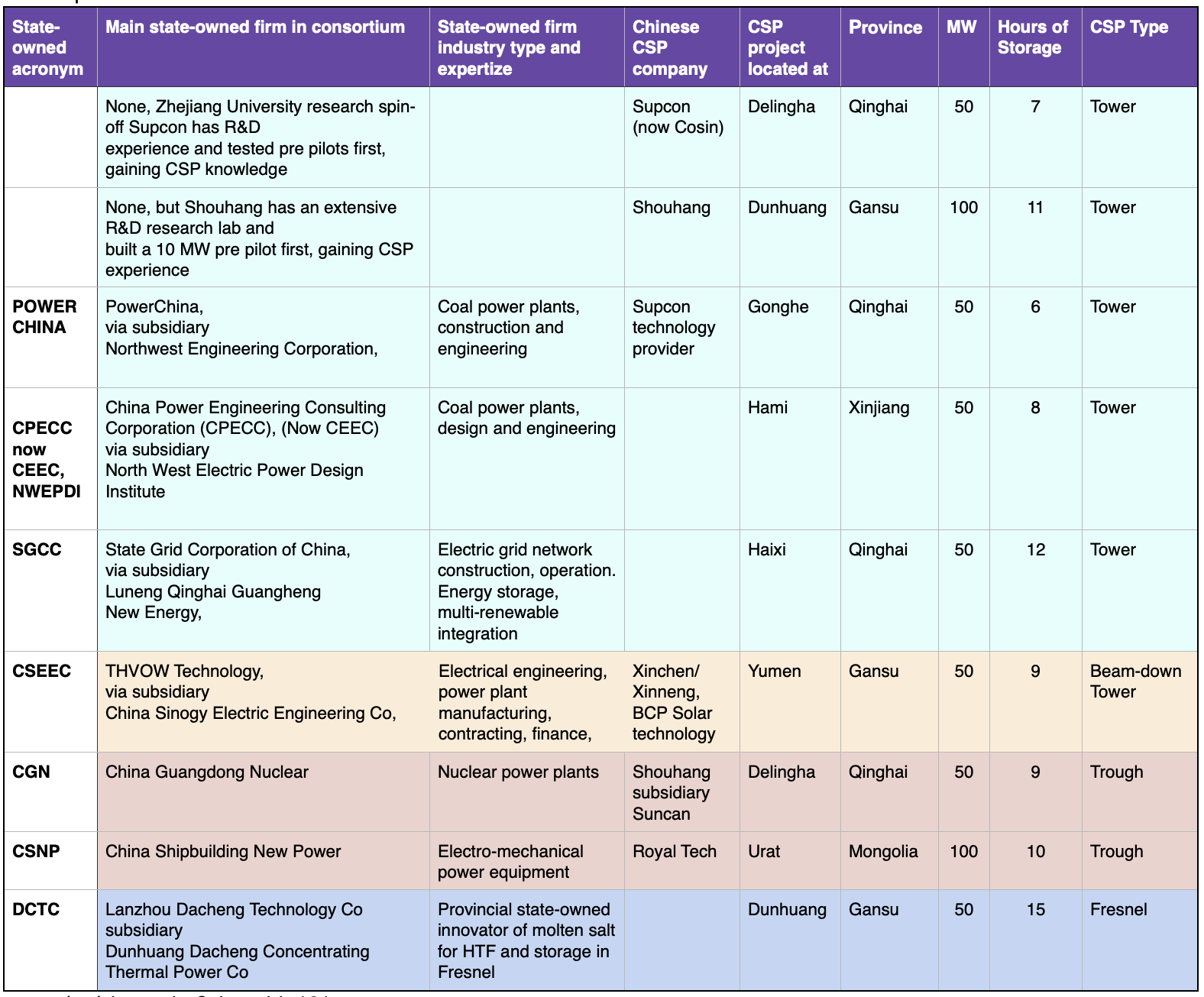 China has an unusual energy requirement that needs more 24-hour power than western nations. This is due to a higher percentage of load from overnight factory operations, according to a study in Nature of China’s cost to decarbonize covered recently here at SolarPACES. Supplying this load from solar energy helps China decarbonize its energy use at low cost. This is why China has emphasized building CSP in concert with PV and wind. CSP enables thermally stored solar energy.

Located in inner Mongolia at a high latitude of 41.5 degrees, Wulate is the first CSP project to achieve full operation at this latitude in China, the report states. The operating efficiency of the locally produced trough solar collector exceeded expectations for such a high latitude.

This inner Mongolian CSP project was built to supply the most hours daily of thermal storage of all the pilot CSP projects using trough technology in China and is one of only two trough CSP projects that completed on time. To supply more thermal energy storage in CSP,  the developer builds a larger solar field in relation to the steam turbine and power block capacity, so there is a greater surplus of solar energy available to store. Like in all trough CSP, the heat is gathered and transmitted in a thermal heat transfer fluid that runs through small diameter piping throughout the solar field, heated by concentrated sunlight reflected off the parabolic solar trough collectors.

Like many of the Chinese projects, the Wulate project is built by large state energy corporations. Wulate was designed, constructed, commissioned, operated, and maintained by a division of the China Shipbuilding Industry Corporation (CSIC) – its new energy company. CSIC comprises 96 engineering enterprises located in northern China and employs over 300,000 people. Many big firms like CSIC in China have engineering expertise in thermal power block components, which are similar to coal power stations. Instead of burning fossil fuel, a trough CSP plant generates heat at between 400 – 500°C, the temperature used to run a thermal power station.

CSIC says that the operating efficiency of the domestic trough collector exceeded its expectations. CSIC also claims the world record for the shortest construction and commissioning period, however, this data was not provided by the reporter at China’s Solar Thermal Alliance. The firm notes that it also managed a world record short time for injecting the heat transfer fluid, with 570 tons inserted in just one day.