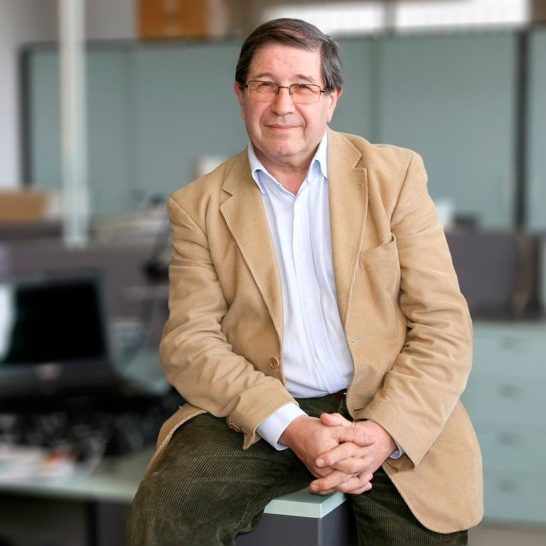 The 2010 SolarPACES Lifetime Award Winner Professor Valeriano Ruiz passed away earlier this week. From SolarPACES we would like to express our sympathy and condolences to his family and friends.

Professor Valeriano Ruiz was among the earliest pioneers of solar thermal technology in Spain beginning in the 1970s, including pioneering the teaching of solar concentrating technologies as Professor on Thermodynamics at the Industrial Engineering School at the University of Seville. When the CSP demonstration plants at the Almeria Solar Platform (PSA) were built in the early 1980’s, his students became an ongoing source of human talent for the PSA.

By promoting and advising in the construction of the first commercial solar thermal power plant in 2007; the PS10 in Sanlúcar la Mayor, he was responsible for jumpstarting the rebirth of the solar thermal sector worldwide, which had been at a standstill since 1990. In 2010 he authored and published La Electricidad Termosolar, Research Success Story.

From his position, initially as a professor and later as Professor of Thermodynamics at the Seville School of Engineering, he transmitted the values of concentrating solar technology, both electrical and thermal, and his enthusiasm for it, to a huge number of engineers. His students formed a pool of professionals without whom the leadership of Spain in this field would not have happened.

Some of his students became directors of the Plataforma Solar de Almería to which he felt so attached and which was a key piece in R&D to support the development of the sector in Spain. He promoted the creation of Protermosolar in 2004 together with half a dozen large companies and played an essential role in removing previous obstacles to the development of the regulatory framework that allowed the deployment of solar thermal power plants in Spain. Ruiz became the first president of Protermosolar from its creation in 2004 to 2012, and was also one of the founding members of the European association ESTELA.

“Without his determination and commitment, it would not be possible to understand the construction of the 50 solar thermal power plants in Spain,” says Luis Crespo, who succeeded him as president of the association after his retirement and with whom he shared the difficult negotiations that prevented the first attempt at retroactive cuts in 2010.

SolarPACES wants to express its gratitude and appreciation for the contributions he made to the solar thermal energy sector for so many years, hoping that his memory will remain indelible in the history of the development of solutions to the problem of climate change.