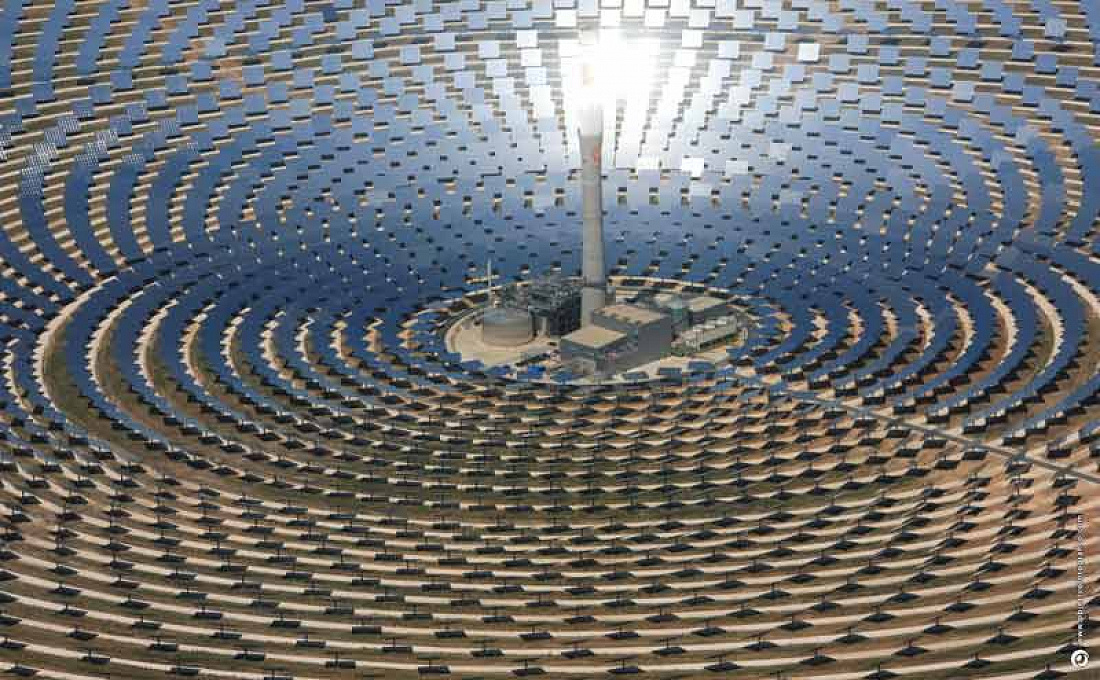 When the sun lights the night – IMAGE @SENER Gemasolar

The Ministry for the Ecological Transition and Demographic Challenge plans to launch a third renewable auction before the end of the year. According to the Secretary of State for Energy, Sara Aagesen, this third renewable auction will go to solar thermal, biomass and other technologies, complying with the auction calendar that it announced last year.

According to this document, the Government plans to put into play 200 MW of concentrated solar power, 140 MW of biomass and 20 MW of other technologies such as biogas, geothermal, hydraulic or tidal power, among others.

This announcement has been made by Aagesen in the presentation to the agents of the second renewable auction in which 3,300 MW of wind energy and solar photovoltaic will be put into play on October 19.
Aagesen has stressed the importance of installing more renewables, and more so in these turbulent times in the energy markets, with the aim of reducing electricity prices for all consumers, both households and companies and industries.

The Secretary of State for Energy has advanced the news of this second auction in which a package will be put out to tender in an express way so that 600 MW of renewables are installed in less than a year.

Thus, she also wanted to emphasize the requirements that will be taken into account in this auction for the projects that are presented and that must take into account the carbon footprint as well as a communication strategy for the citizens where it is intended to install the central.