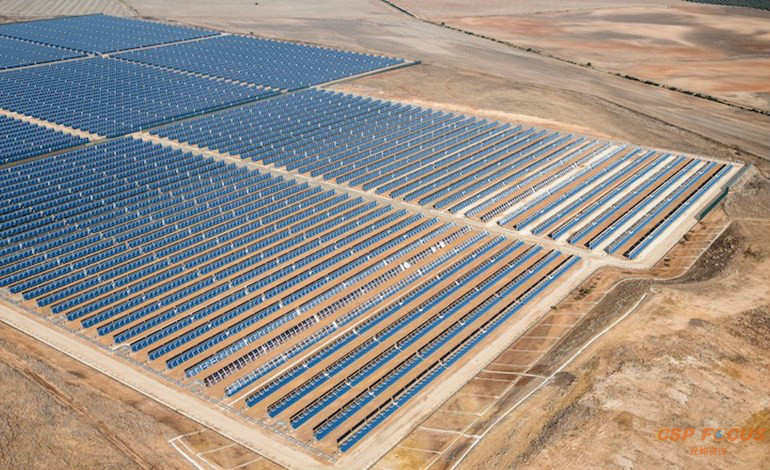 Abengoa plans to “bolt-on” novel low-cost storage to some of the first Spanish trough CSP plants, originally built with no storage 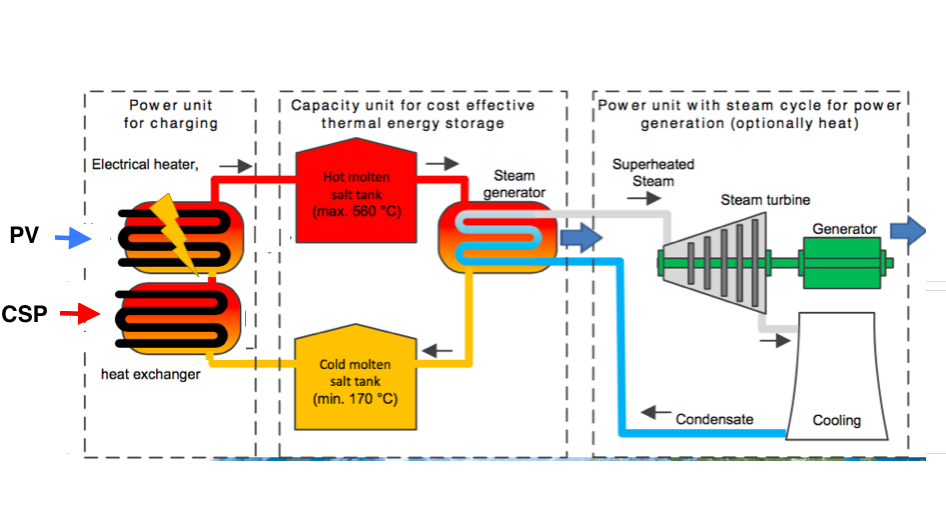 Under the retrofit parabolic trough concept, low-cost power and electric heaters will be used to increase the temperature and efficiency. The retrofit concept is “one of the main business lines” the CSP industry is pushing in Spain, Miguel Mendez Trigo, Director of Solar Technology, Abengoa, told New Energy Update.

Abengoa recently signed a cooperation agreement with “leading” energy companies to develop a pilot project at a 50 MW CSP plant, Mendez said. “Critical equipment, molten salt electric heaters and high-efficiency heat exchangers, will be validated at relevant size for the first time in the world,” he said.

Increasing renewable energy intermittency in Spain will hike storage demand in the coming years. Spain’s PV sector is booming, following years of low activity. The country installed 4 GW of PV capacity in 2019 and is forecast to install around 4 GW per year for the next five years.

Spain’s latest Integrated National Energy and Climate Plan (PNEC) targets 74% of power from renewable sources by 2030 and the closure of almost 10.5 GW of coal-fired capacity. Under the government’s plan, PV capacity would hike from 9 GW in 2019 to 36.9 GW in 2030 and wind capacity would double to 50.5 GW. CSP capacity would rise to 4.8 GW by 2025 and hit 7.3 GW by 2030. Soaring PV capacity will put downward pressure on daytime power prices, improving the economics of the hybrid parabolic trough system.

“To add 8 to 9 hours of storage to the grid via integration at a 50 MW parabolic trough plant is several times cheaper than to implement the equivalent with batteries into an existing PV system,” Xavier Lara, CEO of Aelius engineering and consulting firm, said. Several groups are now looking into this concept, Lara said. A new financial and legal framework for storage applications is crucial for wider deployment, he noted. In April, Spain’s environment ministry launched a public consultation for integrating energy storage into the PNIEC.

Abengoa expects its pilot project will take around four years to complete. A strengthening of the renewable energy framework could see the first commercial project installed in Spain, Mendez said.

Hybrid CSP-PV projects will also form a major part of Spain’s greenfield CSP growth.Investors have recently been returning to Spain’s CSP market after years of inactivity. New tariff legislation has stabilized revenue outlooks and growing demand for storage is highlighting the benefits of CSP technology.

“Spain now has stable regulation providing investors with long-term visibility, confidence and clear rules of the game,” David Esteban, Vice President, EMEA at Atlantica Yield, told New Energy Update in February. “The stability to the grid that CSP plus [thermal energy storage] offers will spur on new capacity buildout and is behind the transactions we are seeing at the moment in Spain’s operational portfolio,” Esteban said.