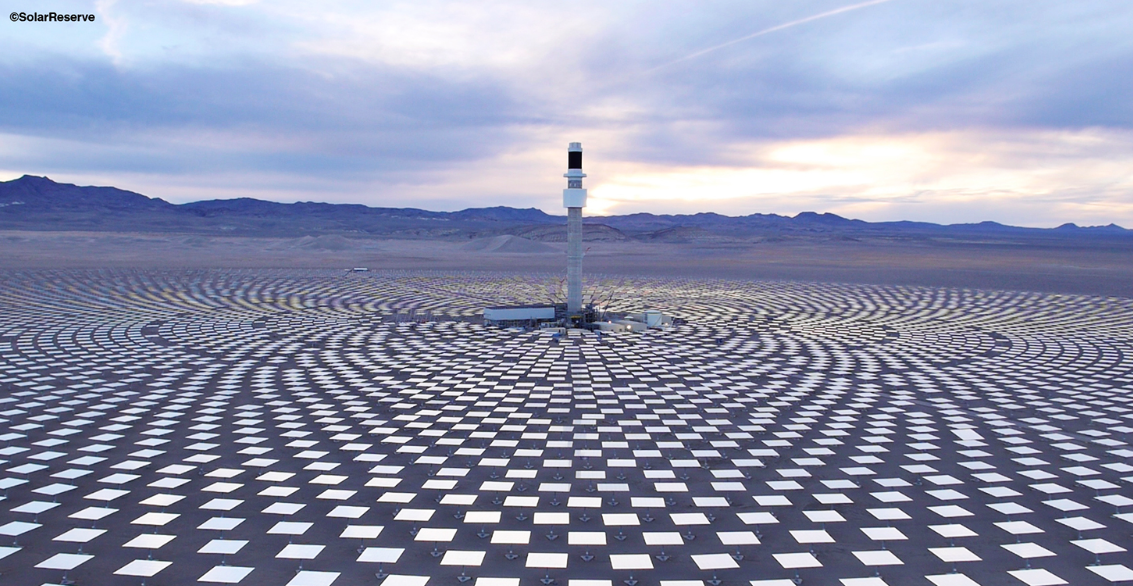 Solar thermal energy turns out to be the key to China meeting its climate commitments. A new study investigates the best combination of renewables for providing the lowest cost to power system operators in two of China’s provinces best suited to scale up renewable energy.

China’s power systems operators must invest in renewable energy to meet climate commitments. Wind power and PV are the lowest cost renewables, but they only deliver power when it’s windy or sunny. By contrast, more expensive Concentrated Solar Power (CSP), which can store its solar energy relatively inexpensively, and for long durations, can deliver power at any time, day or night.

Surprisingly, more expensive CSP could ultimately prove less costly for a power system with a lot of renewable energy because of its flexible dispatch day or night.

The study finds that if CSP were substituted for between 5% and 20% of planned PV and wind power in Gansu Province and Qinghai Province it would bring the greatest benefit to power systems operators, reducing curtailment of wind and PV while lowering the operational costs of base load coal generators, that must ramp up and down to ameliorate fluctuating generation from solar and wind.

Previous studies have only analyzed the flexibility benefits of CSP from the point of view of maximizing ROI to potential investors and developers. The new study helps to fill a gap in economic research designed to maximize the long-term benefits of CSP to the overall power system.

A research team from Beijing’s Tsinghua University report their findings in the July issue of the journal Applied Energy, in Economic justification of concentrating solar power in high renewable energy penetrated power systems. They analyzed the cost-benefit of various levels of CSP in place of planned Variable Renewable Energy (VRE) like PV and wind.

In two provinces in particular, Qinghai and Gansu, which plan to supply 83% and 104% respectively of their maximum load with VRE, the authors found that substituting CSP for between 5% and 20% of VRE would result in the lowest cost to the system operator.

Previous papers from these researchers have provided power system planning blueprints for China’s policymakers at the NDRC.

Lead author, Prof. Chongqing Kang, who heads the Electrical Engineering department at Tsinghua, is the much-cited author of over 300 studies on renewables and power system planning and operation. Second author, Associate Professor Ning Zhang, has been focused on the renewable energy analytics and optimization in the power system.

“We have had very close collaboration with this government,” Prof. Kang told SolarPACES. “We have proposed several research studies before about wind and solar, and they have now have raised more interest in CSP, which is still in its first stage of development. The reason for the interest is that China has set a very aggressive goal for renewable energy and wind and PV are already in fast development. They have several people that focus on renewable energy at the NDRC, which is under the Energy Bureau.”

The study quantifies the “levelized benefit” of CSP

The study focused on the benefit of CSP specifically to the power systems in Qinghai and Gansu. Both provinces have excellent solar resources and good siting opportunities for large solar or wind plants, and very ambitious plans for deploying wind and solar technologies.

By combining the economic benefit of CSP as a flexible renewable energy generation resource that is able to dispatch solar on demand and further reduce wind power and PV curtailment, they derive a “levelized benefit” figure for CSP.

Confident that the technical immaturity of CSP is temporary

The study comes at a time of bold plans in China: to literally double 2018 global CSP deployment of 5 GW by 2020. Following a 1 GW round of 18 demonstration projects, China plans to build 5 GW of CSP.

Some initial targets in the first round of demonstration projects have proven harder to achieve than expected. Several  projects dropped out, unable to reach an initial milestone on time.

However, the authors are very confident that these growing pains are surmountable, noting CSP has barely begun deployment compared with PV and wind.

“Not all of the parts can be produced by China at this point, so the learning process in the construction process is a little delayed,” Kang said. They emphasized that CSP startup problems are not insuperable: “they are still learning; development will be faster in the near future.”

Why China will need longer hours of CSP storage

“CSP is a new technology that can be flexibly dispatched,” Kang noted. “I think China does not want to miss that technology. So the initial 20 projects, for about 1 GW of CSP, are to say how this technology works in China.”

China’s need for night power is relatively greater than other nations, as factories hum all night in many regions.

“One previous informal suggestion I’ve made is that storage should be longer in China,” he said. “In big cities, like Beijing and Shanghai, our load is about 60% at night, about like big cities in the US – but in Western China, factories operate 24 hours. The load at night is about 80% of daytime, it does not really disappear, so they need long duration storage; at least 10 hours.”

“The analysis tool or software that we use is in-house developed software by our team; the GOPT It is a power system operation system software able to conduct year-round power system dispatch considering a wide range of types of generation and detailed AC/DC power grid and practical dispatching rules” Du explained. “The software simulates the power system operation through a long time period using sufficient amount of VRE output scenarios so that it is able to deliver a reliable estimate on the economics of power system operation with wind, PV and CSP.”

The data comes from the electric power planning blueprints for each province.

“We conducted this analysis to simulate whether investing in the CSP plants is economic or not in in Qinghai Province and Gansu Province, to justify how large or how much benefit the CSP power plants can bring,” said Du, who in 2017 was a visiting scholar at NREL where related studies have estimated the value that CSP brings to the grid within the Western US Interconnect.

CSP brought the greatest benefit to Gansu Province, where it would reduce the curtailed solar and wind power, but also reduce costs to existing coal-fired power generation by cutting fuel costs, ramping costs, and start-stop costs as it tries to fill in between ever-growing solar and wind.

In Qinghai Province, the benefit would be lower. CSP would be built in a high desert region where several large rivers originate in the high mountains. “They are two very different power systems, and we found that CSP has more benefits in Gansu Province, because Qinghai Province already has a lot of Hydro,” Du explained. Like CSP, hydro is dispatchable, making it an equally good “filler” with PV and wind.

“We find that even with a higher initial cost to build CSP, investing in CSP is still economic in both provinces because of its very high external benefit of accommodating wind power and PV that leads to lower cost over time in power system operations,” concluded Zhang.   “However, CSP subsidies are still required to internalize the benefit to pay back its heavy investment.