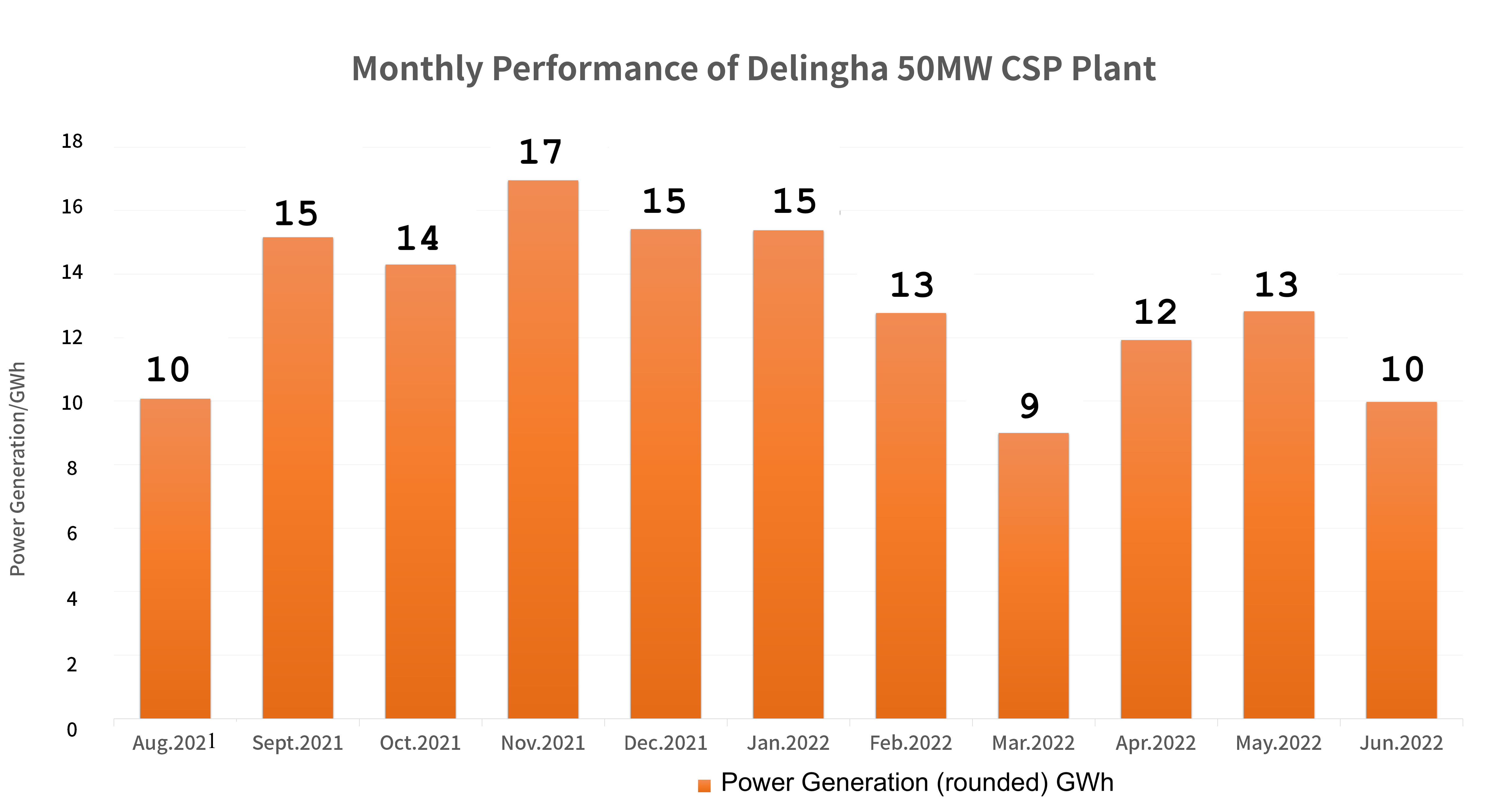 As of July 5, 2022, Cosin Solar’s pilot project the SUPCON Delingha 50MW Molten Salt Tower CSP Plant generated 755 MWh of electricity in a single day. With this latest single-day generating record, the plant has now achieved an annual record as well.

In just 11 months, the plant has already generated its entire projected 12-month generation of 146 GWh. This project is now the first molten salt based tower CSP to exceed its projected annual generating capacity, not only in China, but in the world. (Torresol’s Gemasolar has also broken single-day generating records, but not a full year.)

The project has performed at or above expectations since completion in 2018 as part of China’s first round of pilot projects, synchronized to the grid on December 30, 2018, was in regular full load operation the following July.

During its 6-month trial operation till June 2019, the plant reached full-load operation for the first time on April 17, 2019, and passed the tests for technical acceptance of CREEI in Jun 2019.

During normal operation, the power plant has repeatedly broken single-day and single-month operation records. During this time the team resolved problems including the turbine returning to the plant for maintenance three times, a frozen molten salt heat absorber, and excessive vibration of the cold salt pump. In August 2021, the steam turbine was rectified.

The SUPCON SOLAR Delingha 50 MW Molten Salt Tower CSP Plant plant has a 7-hour molten salt storage system. The solar field consists of 27135 sets of 20㎡ heliostats. The plant is designed and constructed based on Cosin Solar’s fully patented technologies, and passed technical assessment by Fichtner as state-of-the-art, with over 95% of its components domestically sourced.

The project was designed to generate 146 GWh of electricity annually, and can save 46,000 tons of standard coal, and reduce CO2 emissions by 121,000 tons bringing numerous benefits to both the economy and society.