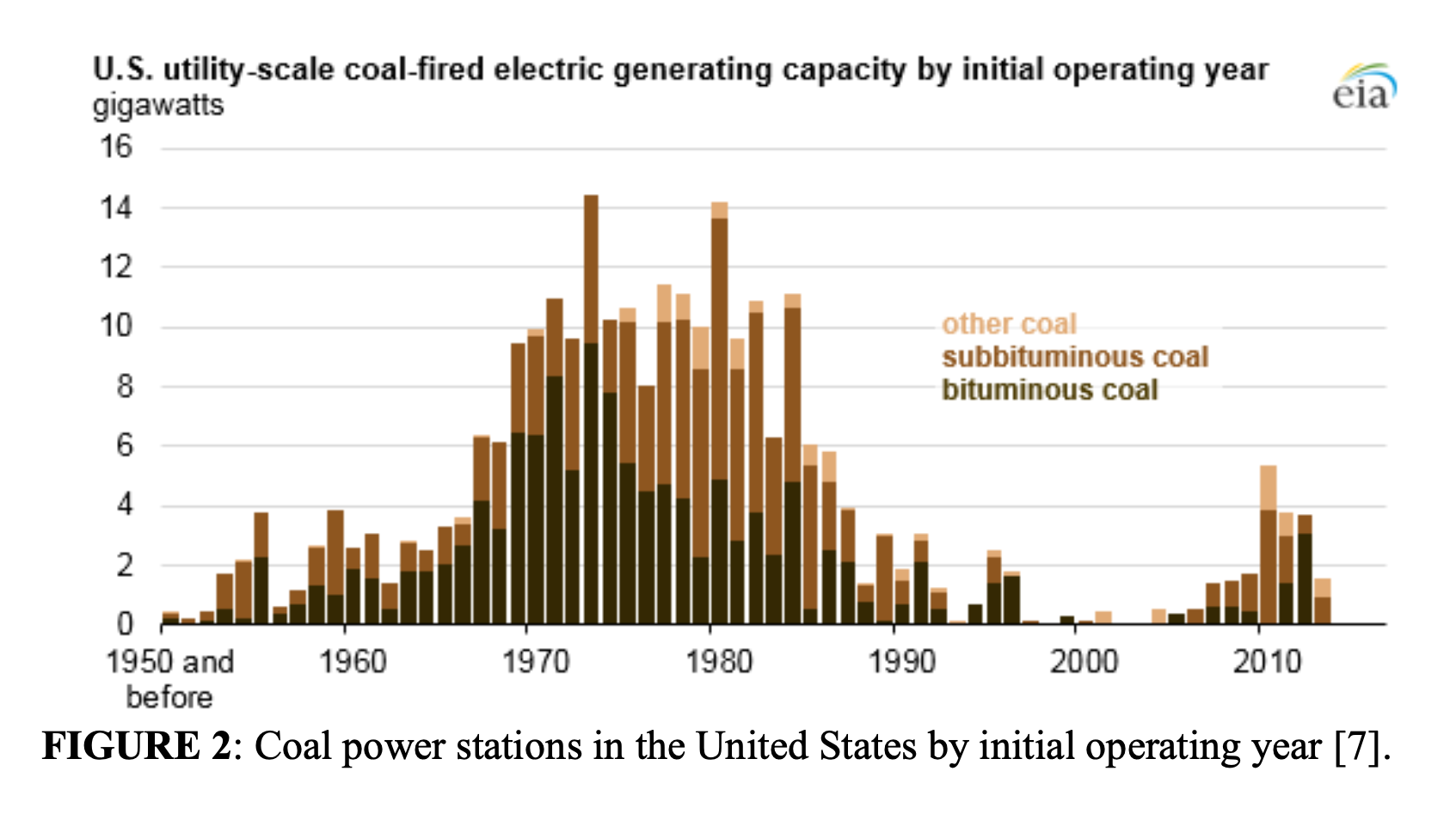 Thus, of all energy storage options, this repurposing of coal plants as thermal energy storage has the most viable business model, with in many cases, years of useful life left for the majority of the assets.

As more and more intermittent renewables get added to the grid, a cheap way to store excess solar at midday and wind in the wee hours is a well-understood need.

Now a new paper from Sandia seeks to quantify just how well thermal energy storage sited in coal plants in particular meets these requirements – and details the expected savings.

The paper states: “Retiring conventional power stations are suitable for partial re-use in this energy transition, because of their strategic location on the grid, existing thermo-electric power machinery, and existing operating workforce which can be repurposed to operate the power plant with the addition of a large capacity energy storage facility.”

As well as the benefits of repurposing existing infrastructure, additional savings come from utilizing the included distribution and transmission networks, and from no longer paying to mine, process, and transport coal.

At approximately 10 cents per kWh; this concept could potentially be lower cost than some alternatives in the industrial energy storage sector that would need to be built from scratch.

The study tallies 241 US coal fired power plants in operation as of 2019 with a total capacity of 236 GW. A potential savings of $10 billion annually could be realized if these were all converted to thermal storage charged electrically with surplus renewables from the grid and returned to the transmission grid via the coal plant power block.

The paper states: “Considering the installed capacity of coal fired power stations in the United States, more than 10% of the coal plants have over 20 years of useful life left and will be retiring within 10 years due to emission-reduction mandates initiated by local state or federal regulations.”

Siting thermal energy storage in coal plants doesn’t just have technical advantages from repurposing most of the plant infrastructure and by continuing to supply conventional grid services – it also would retain most of the local former coal power plant workers with comparable jobs.

“So if you look at the socioeconomic aspect, if you shut down a coal power station, say this one had five hundred people working here; now, all of them are jobless. Instead you can say, with some additional training we can maintain most of the existing workforce,” explained lead author Henk Laubscher.

“When you look at what new skills the operators need to learn; it’s not all that much. Only the operation of the primary boiler and the heat input from a different heat source. Sensible thermal energy storage instead of heat from combustion needs to be managed differently. But the rest of the power station, the steam cycle, the electricity generation and switchgear, the water treatment, management and chemistry, and feed water pumps; you don’t need to teach new operators.”

A PR problem in the US

The thermal energy storage commercially proven in molten salts in tower CSP plants globally would seem like a given. But it also has a drawback in the minds of the US stakeholders.

“The very few people that were aware of thermal energy storage, they all brought up the example of Crescent Dunes,” Laubscher said.

The 110 MW Crescent Dunes project in Nevada was the first tower CSP in the world built at full-scale with thermal energy storage in molten salts. The hot storage tank sprang a leak and put the plant out of commission for months.

Engineers at newer tower CSP plants around the world in Morocco, Dubai, Chile and China subsequently solved the issue, but the researchers found that energy storage in a hot liquid is not seen as reliable by US utilities. 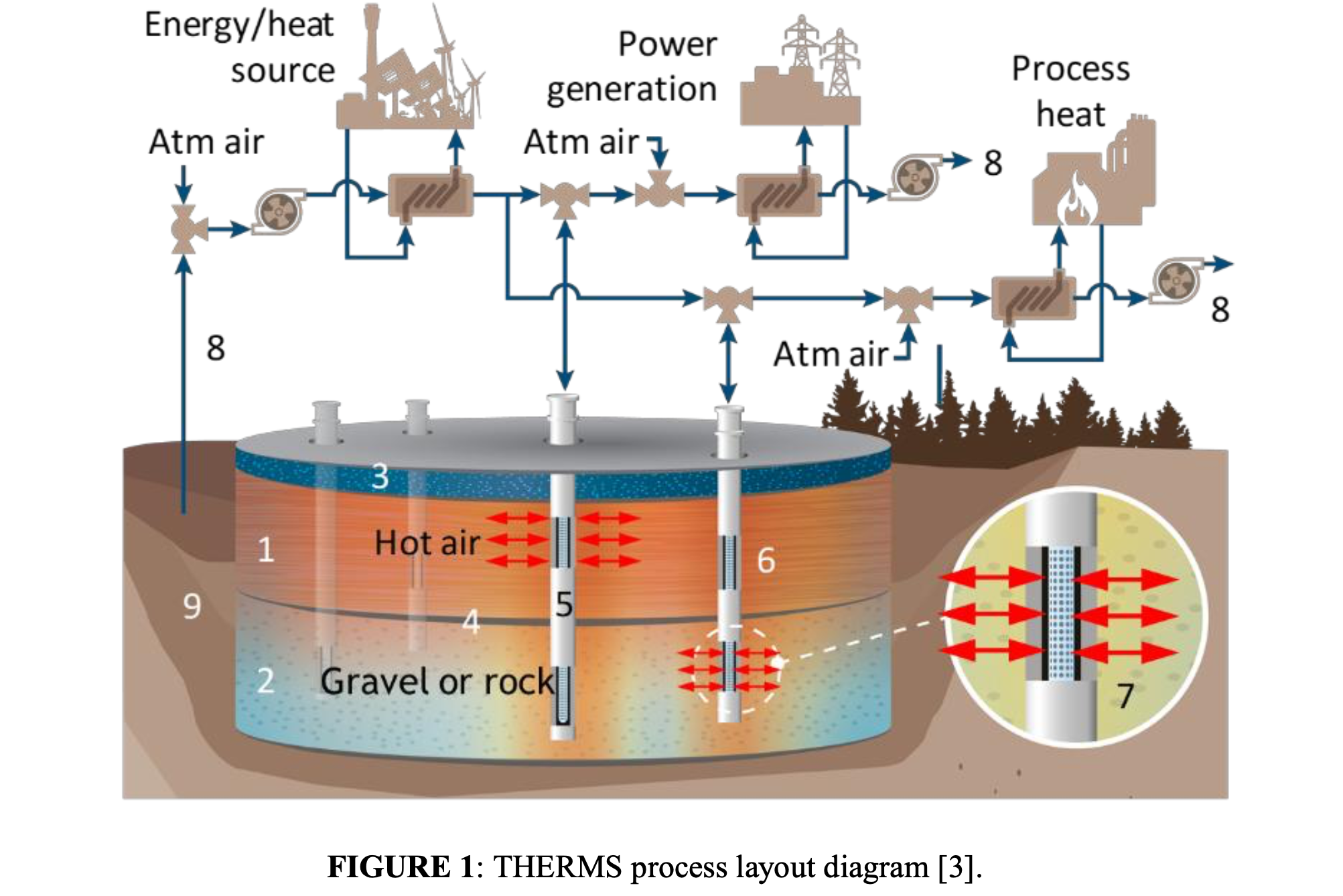 A new kind of thermal storage to meet the reliability requirement

Instead of a liquid, the team would use thermal energy stored in rocks and transferred in hot air, that is equally suited to be dropped in to the nation’s decommissioning coal power plants, and proven in the multiyear Siemens-Gamesa “hot rocks” pilot in Germany.

The thermal storage would be in natural rocks formed by metamorphic processes under high temperature and pressure. Heat stored in rocks (or high temperature rated fire bricks) is a well-proven standalone thermal energy storage technology and already entering commercial operation by several startups, such as the Bill Gates-backed Rondo using fire bricks.

“I did a master’s project at Stellenbosch University in South Africa in a demo proving the capability of storage in natural rock,” Laubscher said.

Hot air is inherently stable and inert because it is 78 percent nitrogen. Air can be heated up to 1,000°C and rocks up to 2000°C. This is more than enough for coal fired power plants which operate at about 650°C on the high pressure steam side.

“That’s the beauty of the air rock combination. You can go up to extreme high temperatures,” he added.

The study is timely, as a new climate bill in the US allows electric utilities to benefit from investment in grid assets.