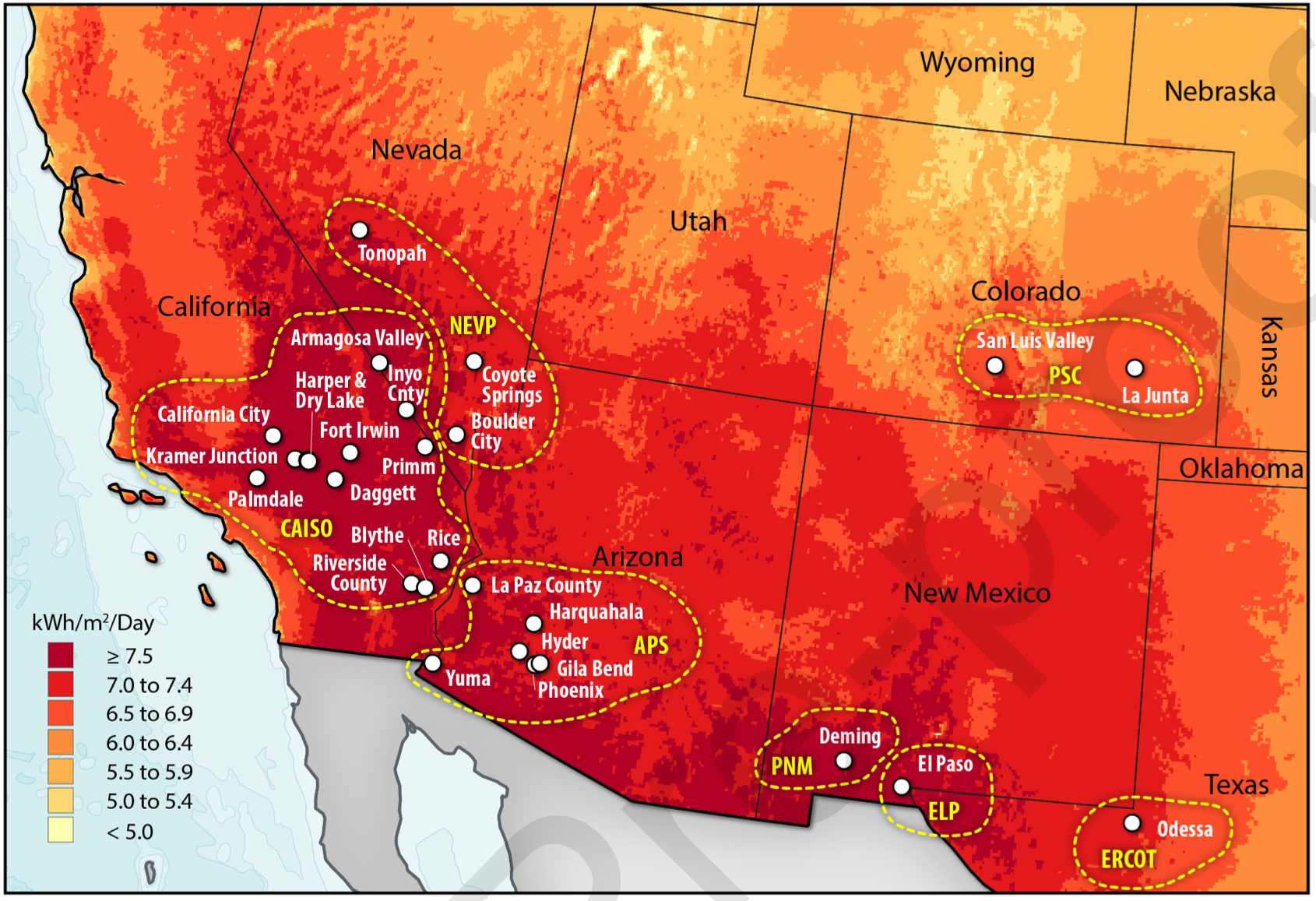 A new paper to be published in the journal Energy Conversion and Management: X: Using Concentrating-Solar-Power Plants as Economic Carbon-Free Capacity Resources – develops an approach to assessing the capacity contribution from CSP plants with thermal energy storage in a future Southwestern US grid once there is a very high level of other renewables like PV and wind energy.

“So we wanted to see how that changes in the future when load patterns are different; when there’s a shift from peak load being hot summer afternoons to evenings – to winter mornings, winter evenings becoming more critical: Is there a real performance deterioration? What we find is as long as you have a sufficiently large storage capability these plants can still do fairly well with with these different load patterns.”

Following up on previous studies with co authors Paul Denholm and Kenjiro Yagi that had assessed using CSP as capacity resources from the perspective of a system operator; the authors explored how this might work out economically for CSP plant owners themselves, under three different scenarios.

First, as a benchmark; the CSP plant operator would have perfect foresight of system conditions; forecasted weather; electricity prices; and which hours will have a reliability target applied. Under these ideal assumptions, CSP plants could cover virtually all peak-load requirements year round.

In the second scenario, they show how insufficient foresight on any one of the three criteria; weather, demand, prices – in other words, using “myopic” decision making – could impact the capacity value of a CSP plant.

In the third, they assessed the effect of myopic decision making by plant owners if they are not concerned with providing capacity but focused solely on maximizing revenue.

“Of the two big things we’re looking at, one was; what is the trade-off between using these plants as capacity resources versus the desire of the plant owner to maximize energy revenue,” Sioshansi explained.

“So we wanted to see how much contention is there between those two objectives, whether it’s energy revenue or capacity revenue that the drives the decisions. The fundamental trade-off we’re looking at is just selling the energy during the highest-price hours of the day, versus in some circumstances, you may hold onto the energy because you might need it later in the day, if there’s some sort of supply shortage or supply crunch.”

In the future, when CSP supply may be needed during times that have relatively low loads today, such as winter mornings and evenings, a larger plant configuration with a solar multiple of 3 would probably be best suited to providing this sort of capacity contribution.

But operating the plant to optimize reliability, even with imperfect foresight as in scenario #2, would have very little profit impact compared to a case in which the plants are operated solely to maximize profits by correctly forecasting only prices according to Sioshansi.

The paper states “The limited profit impact stems from the CSP plants leveraging the flexibility that TES provides. We do not require the plants to operate at nameplate capacity during target hours. Rather, we require only that the plants have sufficient energy available to operate at nameplate capacity if doing so is required for purposes of power-system reliability.”

“You may just look 24 hours into the future and decide what you’re going to do,” he said. “Are you going to store or are you going to use your energy? So you’re not using your stored energy too soon and then being left in a position that you don’t have stored energy available when you need it for capacity purposes.”

Challenges in terms of data forecasting that might complicate this use of CSP plants was key. The team tapped 18 years of data on weather, electricity demand, and energy prices in several Southwestern grid systems.

Capacity payments have been in the range of 3 to 7 cents per kWh, but in the case of these future CSP plants, could also be on top of the contract the plant owner would have signed with the utility.

“A utility could structure it as a contract for difference. So if the energy revenue is not high enough, then you get a supplemental payment that, gets you up to some minimum guaranteed revenue level,” he said. Or there could be a lump-sum payment to build the plant, he surmised.

“These these plants would still be producing energy day in day out. The difference is they’d operate in a way to keep some energy available in storage, so that if there is a capacity need, like on that next cold winter morning, they can supply it.”

To do the calculations of the economics of such a choice, the authors chose a prospective site at Tonopah in Nevada, though profitability would tend to be higher further South, with better DNI resources to collect and produce more energy.

“We focused on this location because it has the worst solar resource amongst the locations that we studied. So it really demonstrates that even even a location with relatively poor solar resource, the plant still performs quite well in terms of serving as a capacity resource,” said Sioshansi.

Their findings are that there is little impact on profitability in operating a CSP plant as a capacity resource, rather than operating to maximize market revenue, even at a location with relatively poor solar resource.