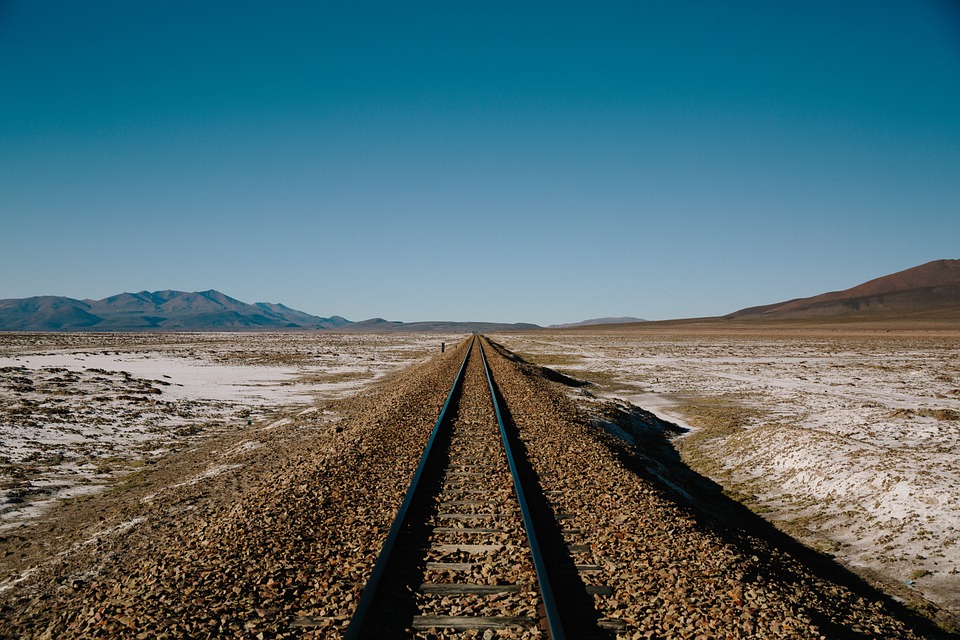 [Ed note: Although this news item concerns transmission of wind power, this innovative use of pre-approved railroad right of ways could also offer a solution for Concentrated Solar Power (CSP) development, overcoming one of the obstacles faced by CSP, the round-the-clock form of solar needed to complement PV and wind to build a 100% renewable grid.

Like wind power, CSP is ideally located in isolated regions, but permitting transmission across multiple jurisdictions is very difficult and slow, because the US has a very Balkanized grid. Multiple land owners and jurisdictions must approve each section.]

While proposed long-distance, high-voltage transmission projects continue to be stymied by hostile landowners and disapproving state regulators, a new transmission strategy is taking root in the Midwest.

The Direct Connect Development Company has been working on a plan for an underground transmission line along existing railroad tracks from north-central Iowa to the Chicago area. The goal is to provide a way to move additional wind energy from Iowa, the Dakotas and Minnesota to a transfer point in the Chicago area. From there, the power could move farther east into regions with more electricity demand.

And because the line with a capacity of 2,100 megawatts (MW) would be mostly invisible, it might elude some of the problems that have dogged transmission linesthat would tower overhead while crossing Midwestern farm fields.

Direct Connect CEO Trey Ward said the Canadian Pacific Railway has agreed to allow the comany to bury the line within its right of way, which extends for about 85 percent of the 349-mile route.

“We have the land,” Ward said. “That’s the most significant issue for new transmission lines. Having the land in hand is very important. The second thing is, doing the project underground … limits the impact to the environment, streamlines the permitting process, and limits impacts to neighbors.”

Ward said he’s following the example of the nation’s fiber optic network, which also made use of railroad rights of way.

SOO Green Renewable Rail LLC, as the project is known, could challenge the Rock Island Clean Line, a proposed overhead transmission line that would move about 3,500 MW of wind energy from northwest Iowa to the Illinois-Indiana border — a roughly similar route to the Green Renewable Rail plan.

For several years now, Clean Line Energy Partners has been attempting to get permission from Iowa and Illinois regulators to build the Rock Island line. In September, the Illinois Supreme Court ruled that Clean Line had not fulfilled one of the requirements for a permit to build the line in Illinois. While it seeks a solution to that, the company has withdrawn the application it had pending before the Iowa Utilities Board.

Clean Line is also attempting to build the Grain Belt Express project, a 780-mile transmission line out of Kansas to Missouri, Illinois and Indiana. Missouri regulators had denied the plan, though the developers — led by former Gov. Jay Nixon — are challenging the decision.

Ward is optimistic that he won’t encounter the same regulatory obstacles that Clean Line has. He said he has spoken with utility regulators in both Iowa and Illinois.

“We got a very warm reception,” he said. “They like to see a project like this on a brownfield site. They also like to see it in the ground.”

Ward is aiming to begin construction by early 2020 and to be operational by early 2024. He is trying to raise about $90 million in capital. The project’s price is estimated at $2.5 billion to $3 billion.

Even if Ward has 85 percent of the route wrapped up, that leaves another 15 percent that could cause him some trouble. Ward claims he’s confident he can pull it all together.

“We’ve got another railroad we’re working with,” he said. “We will have to acquire some additional land rights in Illinois. We will have to work with some landowners, but there are several ways we can get to the final destination point.”

It’s become clear in recent years that expanded transmission from the windy Great Plains to the east is a prerequisite to developing more of the wind potential in the Midwest. If his project comes to fruition, Ward said, “We will pull some of the cheapest, most robust wind from the upper Midwest and bring it to the East Coast.”

As a result of recently completed multi-value transmission projects across the region, he said, his project would be able to tap into a wide swath of the windiest land this side of Canada.

However, Ward’s decision to pursue this project now is a function of technology, not policy. Moving high voltages of electricity generally has required copious amounts of space, he said, meaning that transmission developers would hoist their lines high overhead. But over the past five years or so, “The technology of high-voltage cables has changed dramatically. I think everybody understands that solar and wind and batteries have changed a lot, but nobody is thinking about transmission.”

The German manufacturing conglomerate Siemens, looking for a way to unobtrusively move wind power from the North Sea to southern Germany, has been “leading the charge,” Ward said. The company has used a new rubber-based cable that is “very easy to handle in the field, easy to splice,” Ward said.

High voltages of power moved underground now require “a relatively small footprint,” about two-and-half feet across, Ward said. Two transmission cables are installed about three to five feet underground. It seems that the price has a smaller footprint as well.

“Compared to five years ago,” Ward said, “we can transmit much more power at a much lower price.”

And although underground installation generally adds to construction costs, Ward said he’s confident that the invisibility of this approach will reduce opposition, legal bills and permitting costs enough to compensate for much of the cost of digging a 349-mile-long trench.