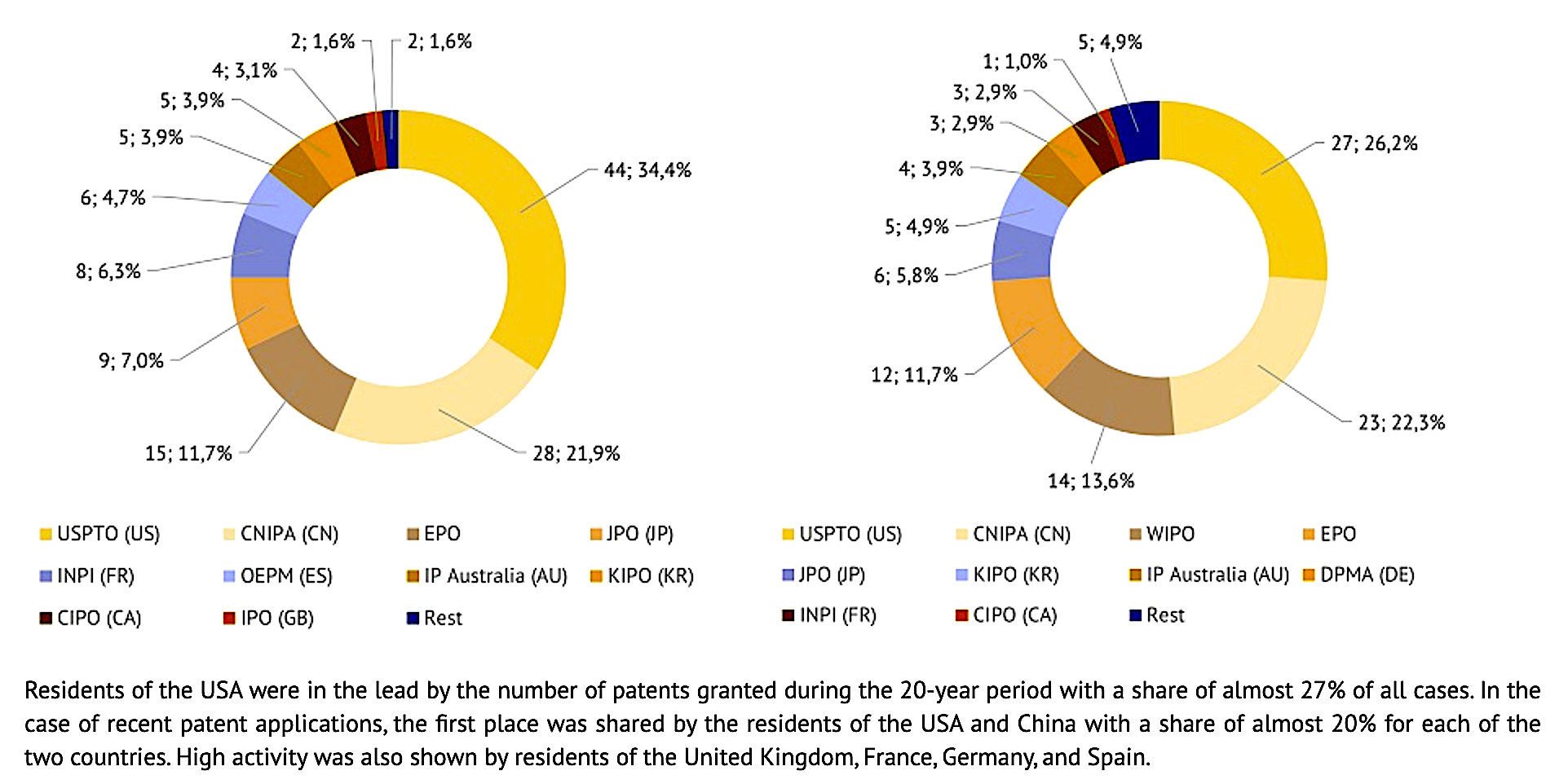 More than 350 patent documents published in the twenty-year period from 2002 to 2021 were used for the present analysis by using Advanced Energy Technologies methodology. The collected documents are published in 22 patent offices of the world by 145 applicants from 21 countries.

From the chart above, we can see that in general the number of both granted patents and registered patent applications in recent years was consistently high.

In 2013-2020 in average about 40% of the technical solutions were represented by start patent applications, that didn’t belong to previously formed patent families. Although the peak of emergence of new applicants and new IPC subclasses in the collected pool of documents was in 2018, later on these values also were high, which, combined with a consistent appearance of new patent offices, can indicate that this subject attracts new participants, who expand technical and geographical coverage of the technology.

During the twenty-year period, the largest number of patents were granted in USPTO (US) – almost 35% of all collected patents. It was followed by CNIPA (CN) with about 22%. Similar picture can be seen in the collection of patent applications registered in the past 5 years, excluding that the gap between the shares of the two offices is smaller here – USPTO (US) – about 26%, and CNIPA (CN) – about 22%. EPO, JPO (JP), INPI (FR), and OEPM (ES) should also be mentioned as the patent offices that granted more than 5 patents each on the subject of interest during 2002-2021.

Read the full analysis at aenert.com: