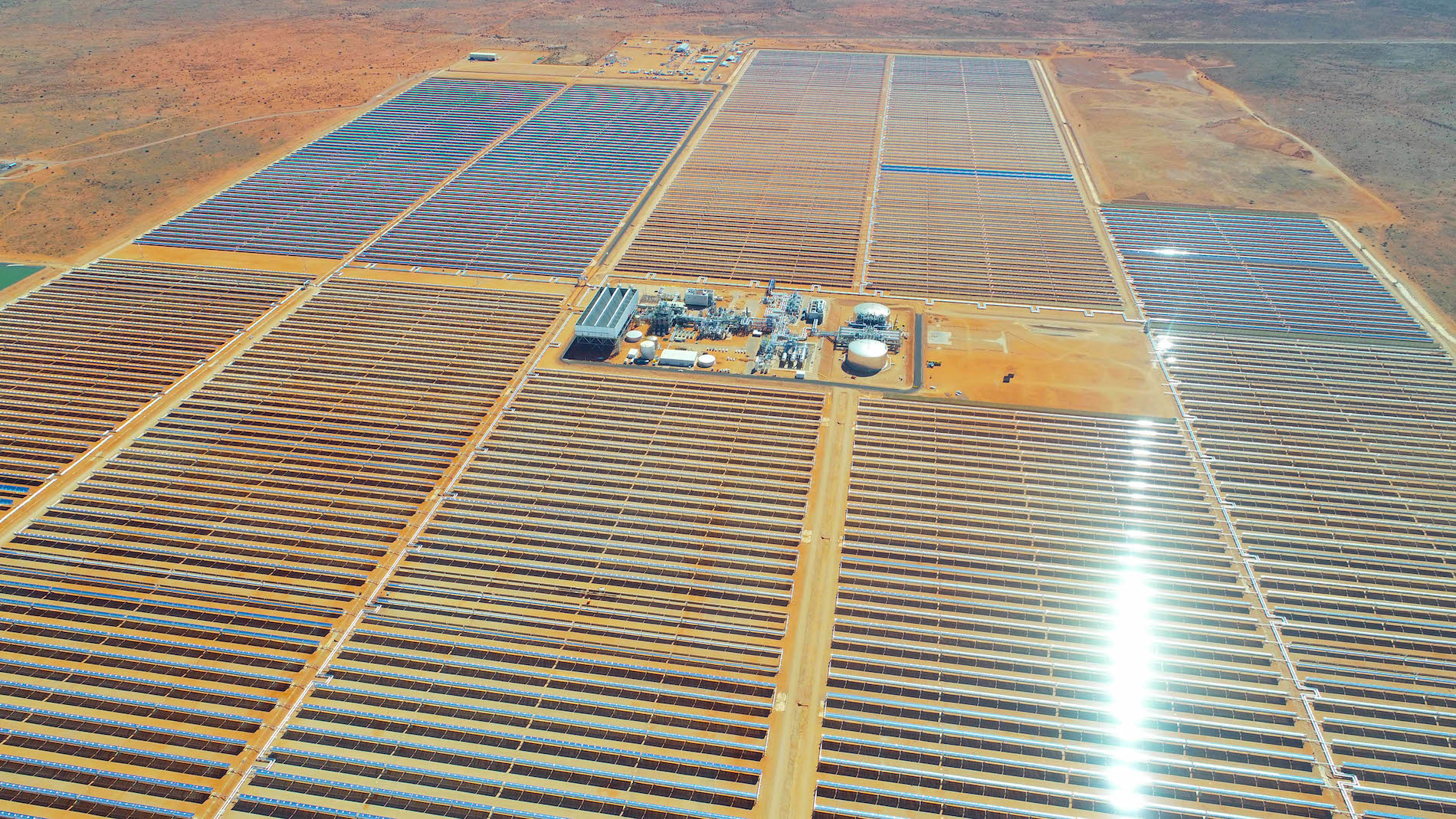 Ilanga-1 has been certified to initiate commercial operation of its day-into-night solar CSP facility, now that construction, commissioning and testing is complete

(For context, SENER was also responsible for the construction of Morocco’s record-breaking 580 MW of CSP at Noor I, II and III for ACWA Power – our exclusive and our interview with SENER’s Performance Guarantee Manager Sergio Relloso on the pros and cons of the longer contract for CSP with storage.)

The EPC partners reached the certificate to initiate commercial operation of the turnkey solar thermal power plant project located at Karoshoek Solar Valley on 30 November 2018. This means the conclusion of construction, commissioning and testing of the 100MWe Concentrated Solar Power plant.

The plant has been handed over to the owner, Karoshoek Solar One (RF) Proprietary Limited. The plant will supply electricity to the national grid through Eskom, the South African electricity public utility.

The joint venture between SENER, Cobra and Emvelo was appointed by Karoshoek Solar One (RF) Proprietary Limited to provide engineering, procurement and construction services as well as operation and maintenance for the project.

The Ilanga-1 CSP plant, made up of 266 SENERtrough® loops, with approximately 870,000 square metres of curved mirrors, is equipped with a molten salt storage system (SENER proprietary technology) that allows 5 hours of thermal energy storage to extend the operational capacity of the plant to continue producing electricity in absence of solar radiation.

Storage is a unique characteristic of CSP that radically changes the role of renewable sources in the global power supply. SENERtrough® collectors, a parabolic trough technology, are also specifically designed and patented by SENER, aimed at improving the efficiency of the plant.

Recently, a technical training course for 50 prospective employees at the plant, located in Karoshoek almost 30km east of Upington, were completed and further local socio-economic development was done by the EPC consortium, in the nearby communities located a stones throw away from the plant. It is estimated that Ilanga-1 will supply clean and dispatchable energy to around 100,000 homes and save 90,000 tons of CO2 per year over a period of 20 years. 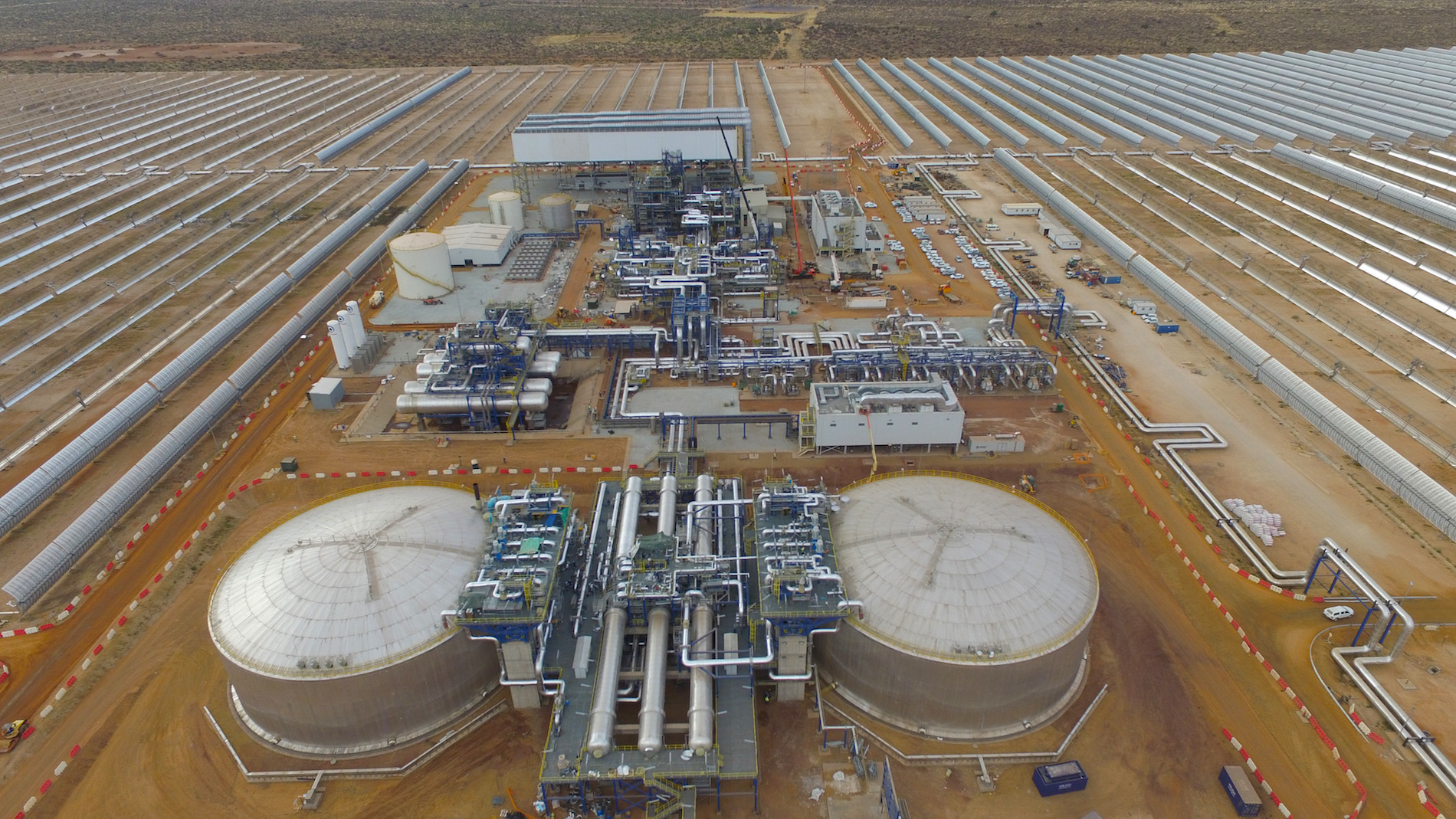 The certification follows last month’s successful synchronization to the grid of SENER’s Kathu CSP plant, which it achieved on the 18th November, 2018, also for South Africa

“The completion of Ilanga-1 is a historic moment in South Africa’s energy transition as another renewable energy powerplant that supplies clean, reliable, sustainable and dispatchable energy is successfully completed. We are particularly pleased that it was completed on time, within budget, within the required quality standards, in line with the contracted output performance and within acceptable safety standards.

We are also pleased with the level of localization, BBBEE (Broad-Based Black Economic Empowerment), skills development and job creation that was achieved on the project. It is a clear indication of what is possible if the CSP industry can be nurtured and allowed to flourish in South Africa. SENER is proud of being a technology provider, engineering subcontractor and member of the EPC contractor on such a special project.” says Siyabonga Mbanjwa, Regional Managing Director for SENER Southern Africa.

“Ilanga 1 will provide on-demand power to South Africans for the next 20 years, in the same manner as conventional power generation projects. It has no fuel costs nor harmful emissions and has created employment for many people in the area of Upington. Ilanga 1 is an important step in South Africa’s energy future, procuring on-demand power from an efficient and accountable source with no resource risk and a controlled tariff. We as Grupo Cobra look forward to the continued growth of the local energy sector and will continue to provide world class development, construction and operations services to the South African market” says Jose Minguillon, CEO of Cobra South Africa.

“This is the first CSP plant in the history of the South African Renewable Energy Independent Power Producer Program (REIPPPP) that was conceived and developed by a 100% black owned South African entity. This demonstrates that Black Industrialists can lead in the development and execution of large renewable energy infrastructure projects. With a 550MWe pipeline of projects that are shovel ready at Karoshoek Solar Valley, the potential to localize, create jobs and provide business opportunities to new youth and women led SMMEs is colossal and what is required is for government to ensure that CSP remains a part of its energy mix policy and is included in the Draft IRP” says Pancho Ndebele, founder of Emvelo.

About SENER SENER is a private engineering and technology business group founded in 1956. Its aim is to offer its clients the most advanced technological solutions and to achieve international recognition based on its independence and commitment to innovation and quality. SENER has more than 2,500 professionals across its centres in Algeria, Argentina, Brazil, South Korea, Canada, Colombia, Chile, China, the United Arab Emirates, Spain, the United States, Morocco, Mexico, Poland, Portugal, the United Kingdom and South Africa. The group’s operating revenue exceeded 766 million Euros (2017 data).

SENER brings together its own Aerospace and Engineering and Construction activities with industrial holdings in companies working in the field of Energy & Environment. In Aerospace, SENER has more than 50 years of experience and it is a first-rate international supplier in Space, Defense and Aeronautics. In Engineering and Construction, SENER has become a leading company worldwide in the Infrastructure and Transport; Renewables, Power, Oil & Gas; and Marine sectors.

With 29 Solar thermal projects in its portfolio, SENER is a technology leader worldwide in the CSP sector. SENER has been working in South Africa since 2013, and has taken part in three turnkey construction consortium for the Bokpoort, Kathu and Ilanga-1 solar thermal power plants, becoming part of South Africa’s 2010 Integrated Resource Program (IRP) 2010 – 2030.

In Africa, together with the South African Ilanga-1, Kathu and Bokpoort units, SENER has also been the technology provider and the Engineering, Procurement and Construction contractor of the three CSP Noor Moroccan plants – that with 510MWe – represent the largest solar complex designed and built on the planet ever.