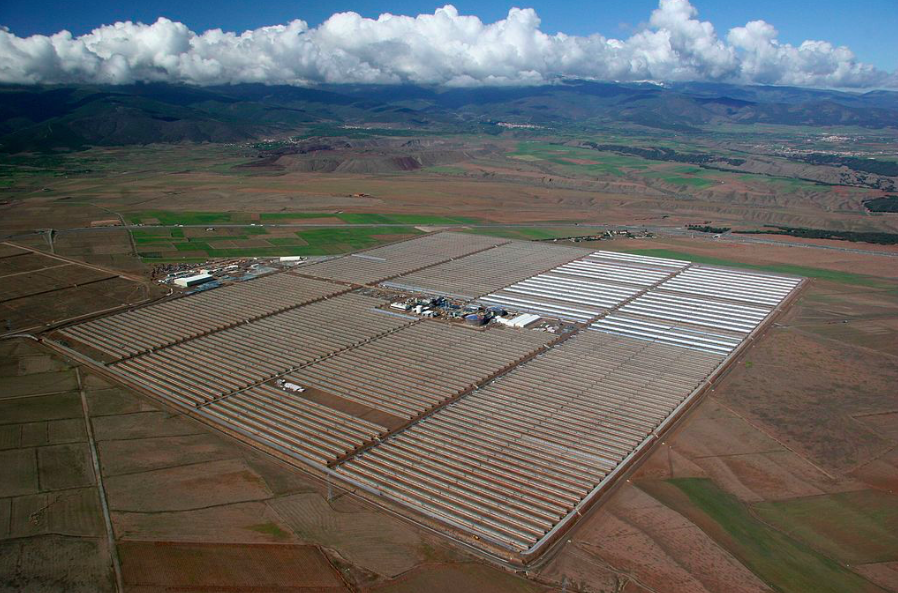 As prices for Concentrated Solar Power (CSP) with thermal energy storage dropped an astonishing 50% between May and November this year, it seemed that 2017 saw the kind of price breakthrough that could allow CSP to compete with traditional thermal power in supplying dispatchable electricity.

CSP is the heat-based form of solar, which generates power from a power block like a traditional thermal power station. The inclusion of thermal energy storage enables CSP to dispatch power when needed, and not just when the sun shines.

But according to Jenny Chase, Bloomberg New Energy Finance’s lead solar analyst, the record low price “is not going to relieve the concerns of banks” looking at the technical performance of Spain’s CSP.

So how has Spain’s experience with the performance of its operating CSP plants been? How will the past impact the finance-ability of the technology going ahead at these new record prices?

Luis Crespo heads up the European Solar Thermal Electricity Association (ESTELA) which tracks the output of Spain’s fleet. Crespo confirmed that, at the start, “the learning curve for the plants did take us a bit over a year.”

A several-year ramp-up period is the norm for traditional power block thermal plants, according to a spokesman for the US Department of Energy. “I would guess any power industry engineer would attest to that,” he said. CSP generates from a thermal power block like a coal or gas-fired plant, except its fuel is sunlight.

“But after that typical first year and a half of ramp-up, production has been according to plan,” he affirmed. “Every year now we are always providing 5 terawatt hours. On average we provide each year close to 2.5% of the generation on the Spanish grid.”

Spain’s CSP blazed into operation in 2008 and put 2.3 GW of thermal solar generation on the 100 GW grid system in just five years. Most was parabolic trough and about one third included thermal energy storage, which enables CSP to compete with gas-fired power.

The storage demonstrated the ability of CSP to add valuable dispatchability to the grid, which helps integrate and balance a large supply of variable renewables on the electrical grid system. Almost ten years of generation data from the transmission system operator (TSO) documents that Spain’s CSP power plants have been performing consistently to plan each year.

“The TSO always says that they are very happy with how the CSP plants are performing,” Crespo affirmed. “In the summer months CSP is supplying 4% of the country’s needs. Very often we provide 8% or even a record 10% of the demand.”

“When there is more renewable offered than demanded, they send us orders which say in 15 minutes, I’d like you to go from maximum power to minimum technical operational mode. And we in 15 minutes exactly follow the ramp and provide exactly that.”

Spain’s CSP ramps up from zero to nominal power at the same speed as other thermal power block-based plants; just over thirty minutes, he added. “That is a normal ramp up time of thermal plants. They know how we are going to behave, and we are very reliable and very predictable.”

The reliability of Spain’s CSP – and storage – can also be seen in data showing gigawatt hours listed by a Yieldco (an investment vehicle that invests only in very reliable energy infrastructure and pays dividends based on revenue earned). Saeta Yield pays its dividends based on the performance of operating wind and Spanish CSP projects.

Wind projects comprise 75 percent of Saeta Yield’s total capacity of a little over 1 GW, at 778 MW. Just 250 MW of Spanish CSP – the remaining 25 percent of capacity – contributed a much larger share, 41 percent, of the 1,413 gigawatt hours for the first 3 quarters of 2017.

Spain’s success came at an initially high price. The five historic 50 MW CSP projects in Saeta Yield, Extresol I,II and III, Manchasol II, and Casablanca, were contracted at Spain’s 2009-era Feed-in Tariff of 27 cents per kWh, and all included 7.5 hours of storage.

Today’s prices for CSP with storage are much lower. 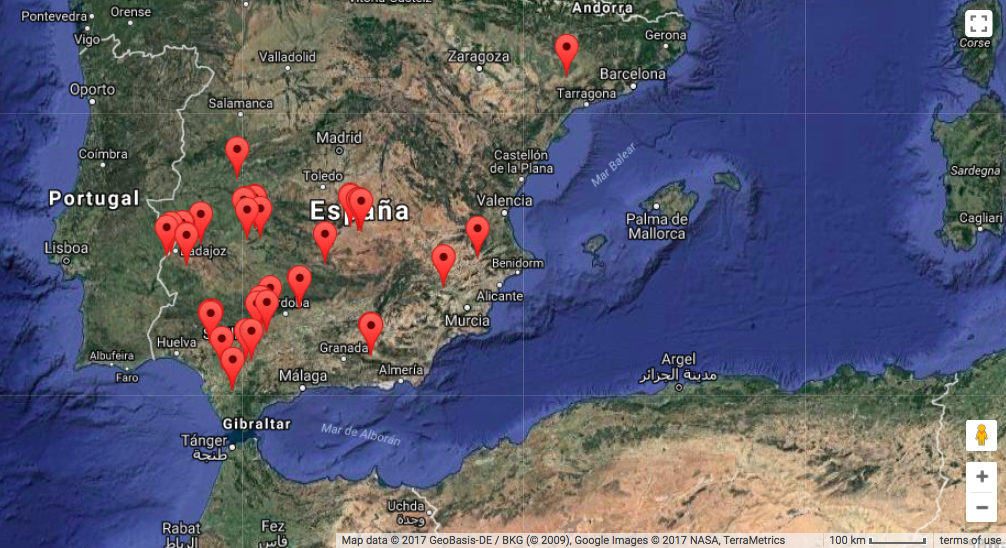 New CSP with storage in Spain at just 7 cents a kWh?

Crespo related that ACWA Power CEO Paddy Padmanathan recently calculated that new CSP could be priced as low as its record-low contract in Dubai given similar commercial finance rates – and could be even lower in regions with better direct normal irradiance (DNI) the solar resource that is the ‘fuel’ for CSP plants.

In September, the Saudi-based firm signed a contract with Dubai Electricity and Water Authority (DEWA) for 700 MW of CSP, 600 MW trough and 100 MW tower, with 10 – 15 hours of storage daily at a record 7.3 cents per kWh.

“In a recent webinar organized by the World Bank, Paddy said that if the financial conditions would be the same in Spain as in Dubai, I can also build a power plant in Spain for the same price as the Dubai plants financed at an average rate of capital of around 5.5%, which is the commercial rate also in Spain,” said Crespo. Spain’s solar resource is slightly better than the Emirate’s.

Chase dismissed the record low prices of 2017, however. “It is true that the trend in all renewable energy auctions is to bid very aggressively. If you don’t, you cannot win. If you win, you get a chance to try to get financiers on board, and if you fail you haven’t lost much,” she responded in an email.

This is not the first time that ACWA Power shocked the solar industry with a low priced bid. Five years ago, the Saudi firm won contracts with then-record prices for Morocco’s Noor I (at 19 cents when competitors offered 30 cents) and 28% below competitors for South Africa’s Bokpoort. Despite the record low bids, both projects found finance and are operating, and those once-record prices became the new normal..

While 7 cents is a record, Spain is currently oversupplied with even lower-priced PV and wind to meet renewable energy commitments for 2020. In recent auctions, wind at 4.3 cents per kWh dominated awarded contracts. Spain’s PV will total 1.4 gigawatts in 2018. For now, there is abundant coal and gas-fired power to back up intermittent renewables.

“Today there is no reason to build new CSP plants in Spain, because right now there is much more backup than needed,” Crespo, said, but he added: “However, the Ministry of Energy is not paying any attention to the real needs of the system going ahead.”

Currently, fossil-fired plants supply dispatchable backup to fill the gaps left by the intermittency of wind and PV. But to meet Spain’s climate commitments, coal-fired power must be phased out imminently, and gas-fired power within ten years. Yet the Spanish Ministry of Energy has planned nothing to replace these dispatchable power plants after shutting them down. (Why we ‘ll need CSP next)

“I think that all the coal-fired plants will be decommissioned in the next five years, and a lot of combined cycle (gas-fired) as well before 2030. And also, nobody knows whether we’ll keep operating our nuclear fleet, which supplies around 20 percent of Spanish electricity,” he charged.

Unlike wind and PV, CSP has the ability to store its thermal energy to generate power on demand. The US Department of Energy has said that with thermal energy storage, CSP could provide needed flexibility and reliability to the grid.

Crespo emphasized that “somebody needs to start thinking soon” about how to take care of the need for flexible power to secure gaps in a new lumpy grid based around intermittent solar and wind.

“In planning the fleet for the next decade or so, the Ministry should keep in mind that the backup we have today won’t be in operation by 2036. We are going to have problems with only wind and PV going ahead,” he concluded.