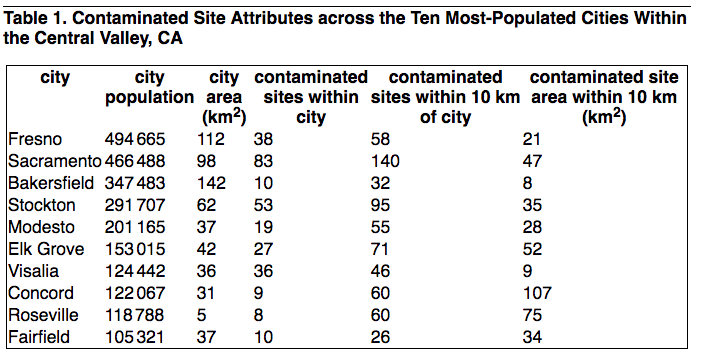 A new study from UC Davis; Land-Sparing Opportunities for Solar Energy Development in Agricultural Landscapes: A Case Study of the Great Central Valley, CA, United States calculates the potential energy generation from Concentrated Solar Power (CSP) and photovoltaics (PV) in terawatt hours (TWh) annually in California, by looking only at unwanted land within the Central Valley.

The study is needed, as legislation finalized in 2014 literally decimated the availability of public land for any renewable development under DRECP; the Desert Renewable Energy and Conservation Plan, which skewed heavily to conservation at the expense of potential renewable development. The Davis study is particularly useful for CSP as environmental opposition had already made siting difficult. As the researchers note; “the extent that solar energy development on nonconventional surfaces can mitigate land scarcity is understudied.”

PV sites assessed included rooftops and reservoirs as well as contaminated land and salt-affected agricultural lands, with just the latter two being available for CSP.

It is very timely for the US CSP industry, because natural gas peaker plants, that mitigate fluctuating renewables such as PV and wind, are being phased out by state regulators to meet its ambitious and necessary climate targets.

The researchers estimated that there is enough contaminated or salt-destroyed former agricultural land with potential for CSP generation to meet two times California’s entire electricity needs in 2025.

To accurately assess the CSP needs, they studied the Direct Normal irradiance (DNI) available throughout the entire 8,415 square kilometers of the area studied, and only considered utility-scale sized sites as suitable for CSP, as “All CSP installations are utility-scale, and therefore, only these data are reported.” They calculated that these utility-scale sites together could generate 2,213 TWh annually from CSP.

With the phasing out of natural gas, California increasingly needs hours of flexible generation particularly during the “duck curve” in the evening as solar PV powers down and consumers return from work. CSP with storage is unique among renewables for being able to deliver dispatchable generation on demand with storage of up to 12 hours a day.

US DOE: CSP Could Provide Needed Flexibility and Reliability to Grid

They also estimated the solar PV potential, and included sites large enough for utility-scale projects, as well as sites as small as parking lots, because PV can be built at any scale. So the land availability for PV was much greater, They found enough land to generate 13 times the 2025 need in California from PV; a potential generation of 17,348 TWh annually.