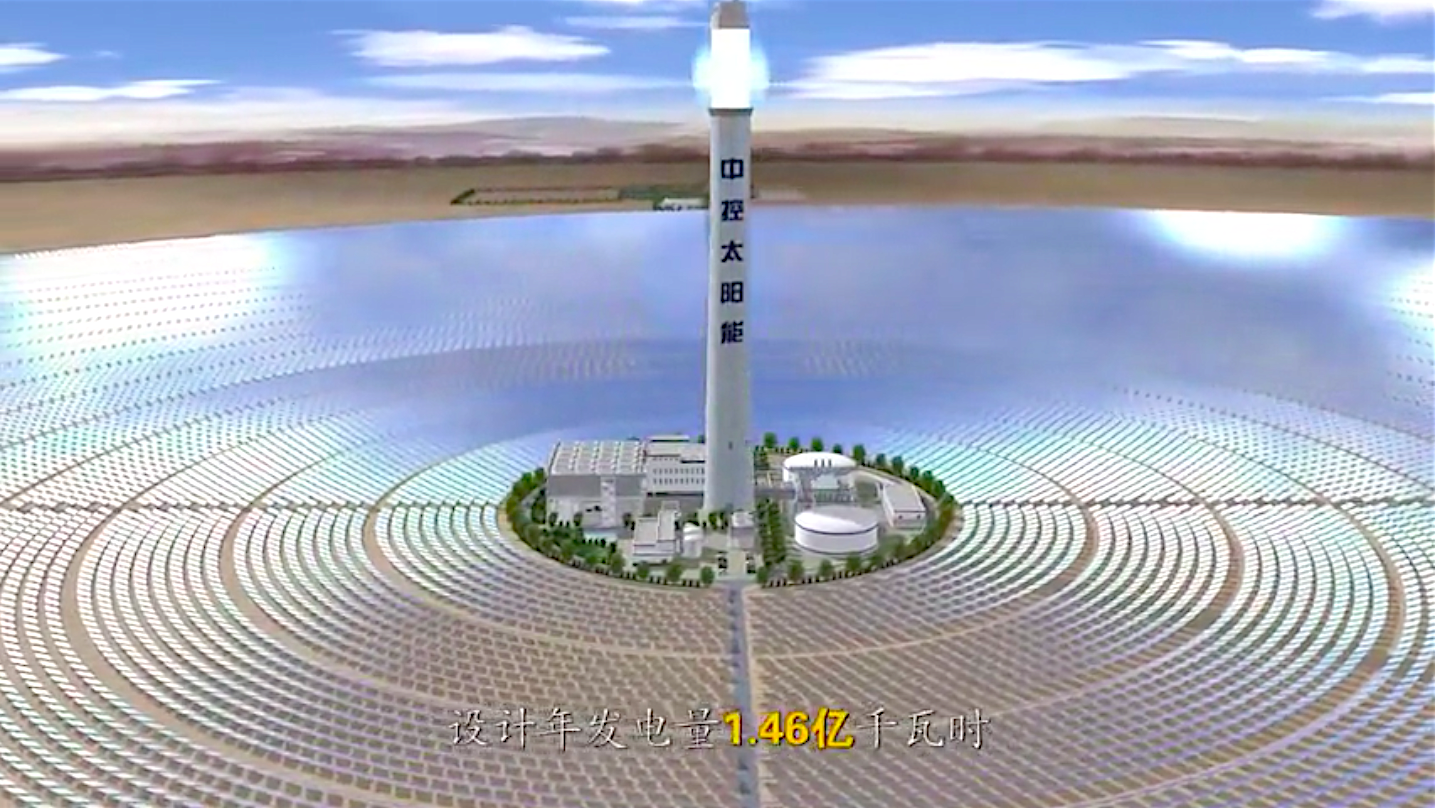 Supcon has just completed its second CSP Tower project, the 50 MW Gonghe project at record speed – just under a year and a half.

On September 19th, Supcon connected its Gonghe 50MW CSP Project to China’s grid. From contract in mid 2018, to completion yesterday, Gonghe was built in under a year and a half.

The Gonghe project was completed as promised on time, despite poor weather and the punishing timeline between contract signing to connection to the grid. The contract for its power was signed in mid 2018, the heliostat field was completed six months later, the receiver tower was completed by August, and just a month later – the grid connection was made in September 2019.

Power China Northwest Engineering is the off-taker for the electricity generated, and also performed the EPC contracting, as well as being a co-investor in the project with Supcon, together with HydroChina.

The Gonghe project is the second CSP Tower project that Supcon has successfully completed in China’s 5-year plan to develop a CSP sector with a first tranche of demonstration projects. The firm’s first project, the Delingha 50MW Tower CSP Project was among the first to be grid-connected, according to China Daily  in 2018.

In an seldom used, but practical approach to technical trouble-shooting, China treats its first CSP projects as ‘demonstration’ projects, although they are required to be built at full scale (50 MW or 100 MW), in order to be able to work through any engineering kinks at ‘life-size’ where they tend to occur in thermal power technologies. (China Made PV Cheap: Is CSP Next?)

Supcon’s 50 MW Gonghe Tower CSP doesn’t just hold a speed record, according to Supcon Marketing Manager Andy Zhao. He said it is also the first CSP project synchronized to China’s grid in 2019. Zhao will be one of the Keynote Speakers at the SolarPACES Conference, which is held this year in Daegu, South Korea, from the 1st to 4th of October.