Home >Latest In:>CSP News & Analysis>Xavier Lara on How Spain’s Q4 Auction Can Achieve the 5 GW of CSP it Wants 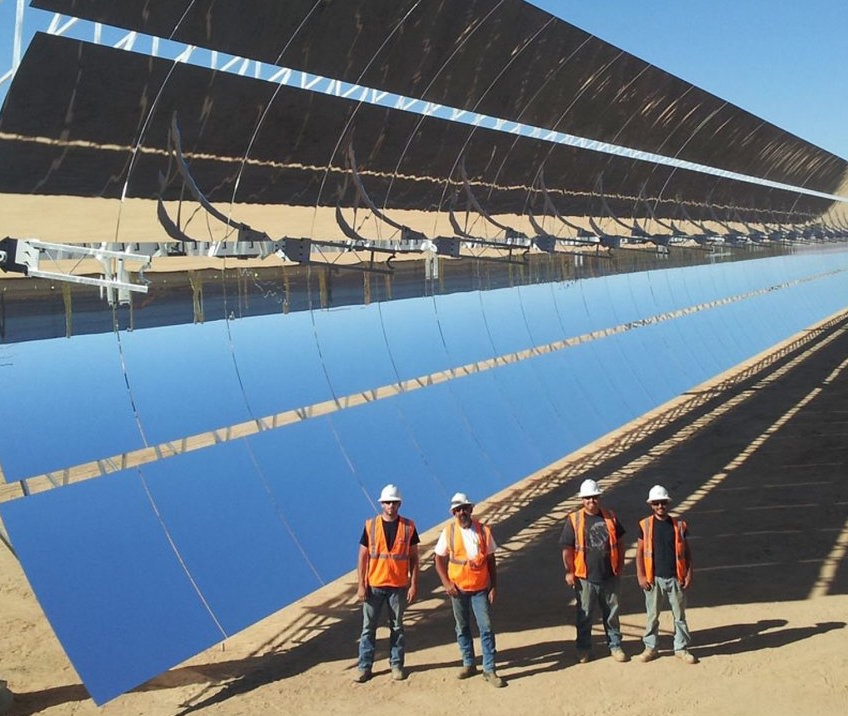 But what are the policies needed to make this actually happen?

To find out, Susan Kraemer at SolarPACES picked the brain of Xavier Lara, CEO of the renewable energy consultancy Aelius, which brings together the solar industry and investment world in global solar asset M&As.

Working with the Asian Development Bank, Lara helps bring CSP to Central Asia republics, and as former Executive Director of Empresarios Agrupados (EA), helped bring CSP to new countries like China and UAE where he was key in managing the sale of the basic engineering for China’s 100 MW Urat CSP project and the main engineering for DEWA Phase IV 700 MW CSP + 250 MW PV.

Lara’s CSP experience in Spain, Dubai, India and Morocco informs his understanding of which policy frameworks lower CSP costs and best contribute to the 100% renewable economy.

SK: You have great policy ideas, with your background and experience in lowering costs in the new MENA region plants like DEWA. Does Spain’s government ask your advice? Is there even a CSP lobby?

XL: Not really. Unfortunately CSP doesn’t have a big lobby at all, compared with PV and Wind. Protermosolar, the Spanish CSP association are trying their best, but is a little bit like David against Goliath. There is also a mechanism called Public Consultation, where the policy makers ask direct questions.

SK: But this is new, Spain now setting a CSP target of 5 GW.

XL: Yes, the 2017 auctions were focused mainly on PV and Wind without storage. Back then the perception was that CSP was a very expensive technology that cannot compete in the market without subsidies.

SK: So what changed their minds on CSP?

SK: I hear some of these cost reductions are in part your doing, right?

XL: Yes, I was a key actor for the alternative offer and cost reduction of the DEWA Phase IV 700 MW CSP + 250 MW PV. And during this last months my firm Aelius has developed detailed models about different plant capacity scales and number of thermal energy storage hours to achieve the lowest LCOE for the new Spanish CSPs. But this can be applied in fact to any place.

SK: What was behind these cost reductions?

XL: Reductions in technology costs, as well as in some cases hybridization with PV, where the thermal energy storage in the CSP plant acts as a battery for PV, either in a hybrid solar park, or as in Midelt-I in a real hybrid. Also, the possibility to now add storage to some of the original Spanish CSP without it. From Aelius we are also developing solutions for it. 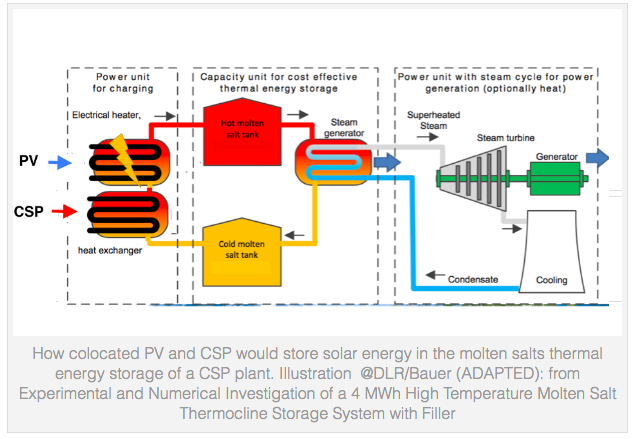 SK: So what do you recommend to enable CSP to actually happen in the upcoming Spanish auctions?

XL: In my view, auctions by technology is by far the best way to achieve the PNIEC. To be able to fulfill the 5 GW goal, the first tool that we need is a text in the new Royal Decree (RD) to stipulate the auction framework, to carve out by technology – or by time slots – like from 6PM to 8AM, because that correctly weights the dispatchability of stored energy.

SK: And serious storage, not a mere hour or so.

XL: Absolutely, CSP is not about that. From the first moment I saw the Portuguese auction rules, I deeply disagree with the people claiming that maybe Portugal could build its first CSP, no way with a rule that requested just 1 hour of storage of the 20 percent of the nominal plant capacity, like 100 MW of PV with a battery of 20 MW/h.

We need to compare apples with apples. Pair 150 MW of PV – or of CSP – with 10-12 hours of storage and check which LCOE will be lower. Another of the things that the new RD should have to allow this kind of lowest CSP prices in Spain, is to allow CSP plants of more of 50 MW, ideally up to 150 or 200 MW.

SK: What storage configurations should be in the RD to lower auction prices?

XL: Hybrid thermal energy storage, like at Midelt, which is fed partially by the CSP and partially by electricity from PV or even wind, this will be a totally hybrid scheme, and it would be cheaper by more that one order of magnitude than the equivalent in batteries.

Also, allow storage to take advantage of existing plants – leveraging the lower levelized cost of systems already built – by adding the thermal energy storage to some of the original CSP that didn’t have it.

In both of these cases, the rest of the infrastructure to deliver the electricity – steam turbine and generator, transformer, transmission line and substation – is already there! You just need to add the tanks with the electrical heaters and the HTF or molten salts heat exchangers.

If the PNIEC allows hybrid CSP+PV long term thermal energy storage, then we will see a new generation of CSP plants in Spain, completely dispatchable, and with prices cheaper than fossil fuel generated electricity. This would be far away cheaper than equivalent PV with batteries for all night at 100% of nominal power.

SK: There’s a recent surge in new CSP firms from nations like China. What effects do you foresee with more international bidding in Spain’s upcoming auctions?

XL: The experience in MENA show that with economy of scale and the entrance of new players, the price reduction in CSP was awesome. I´m pretty sure as well, that not only Chinese but also MENA players will be involved into the bids, we were approached by several and we are advancing with some of them to help them to be involved in this auction.

We are open also to help some Spanish developers to share investment and risk with some foreign players that we are collaborating with. In fact, very good Spanish-Chinese consortiums could be created, working for Spanish developers or maybe for also foreign developers.

SK: And is the old FiT dead?

XL: Forget about the old Feed-in-Tariff scheme! Payments will be structured in the same way as the rest of the renewable energy players sell electricity.

Prices of electricity in Spain at 11.30 am, on September 14 from the ElectricityMap app. IMAGE @Email from Xavier Lara

The LCOE I referred to was in USD, so to convert to Euros you should divide that currently by 1.185, so 2020 expected CSP LCOE are within the parameters of the Spanish electricity market pool.

XL: Yes! My prediction is that 2021 will be the year of the new take-off of CSP technology internationally, with plenty of projects under advance development, on four continents, so for me there are “clear skies” ahead for the CSP.