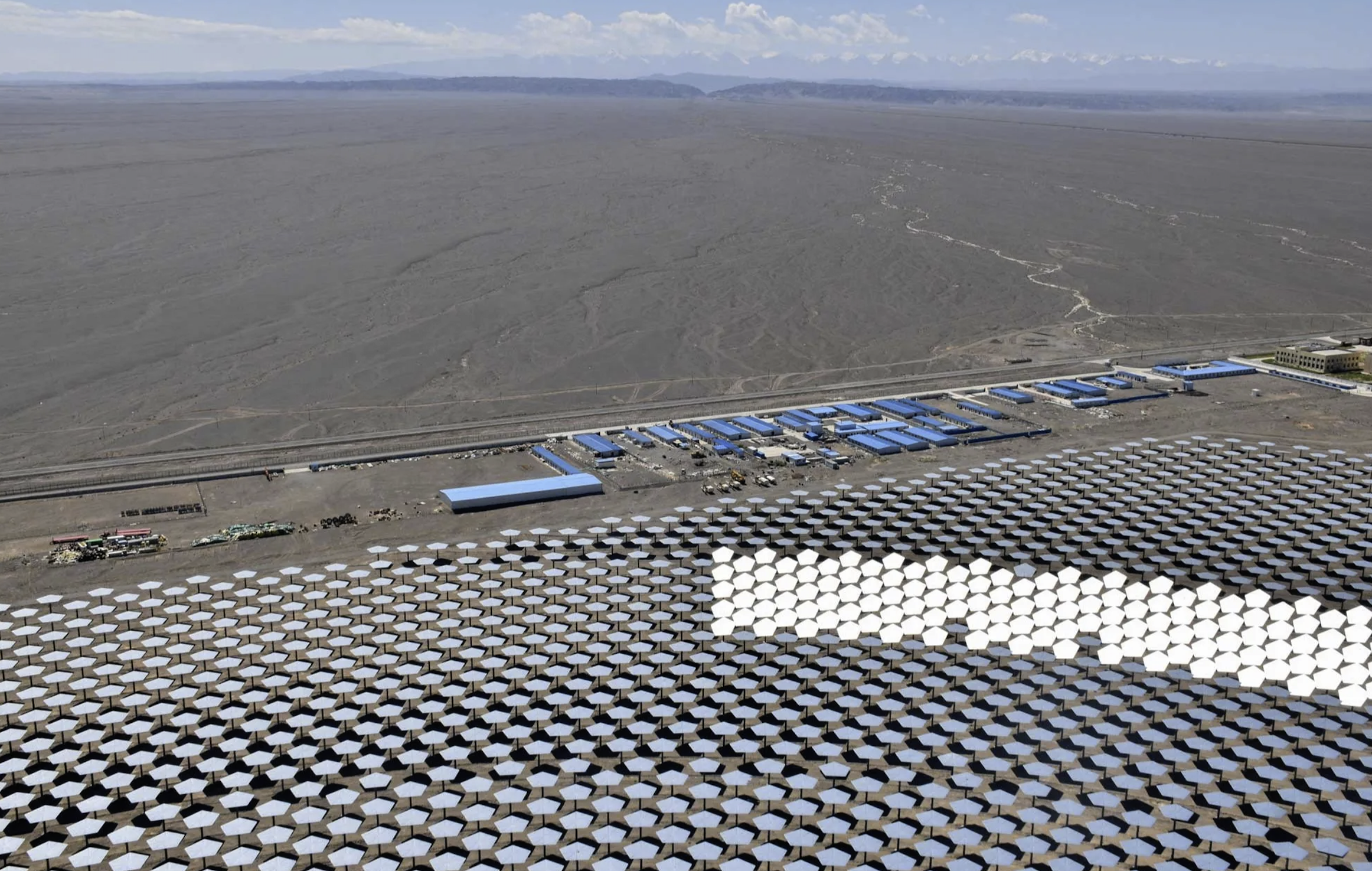 Award-winning Stellio heliostats at the 50 MW Hami CSP project in Hami, Xinjiang; one of the first round of pilot projects in China IMAGE@Seetao

The Xinhua Power Generation Company held a groundbreaking ceremony, together with Bortala Mongolian Autonomous Prefecture, celebrating the start of the firm’s 1 GW new solar energy project at Bozhou, located on the north side of G219 National Road west of Bole City at Aheqi Farm, Jinghe County in Xinjiang Province, China.

The project includes 100 MW of tower CSP (concentrated solar power) using molten salt as the thermal storage fluid, with 8 hours of storage (enough to supply 800 MWh daily of long duration storage) together with 900 MW of PV. The total investment will be 6.5 billion yuan (around $961 million USD).

The construction, and in particular, the construction of the molten salt tower solar thermal power generation project, is a major achievement in high-tech new energy for Bole City and Xinhua Power Generation Company, leveraging the firm’s industrial advantages which include integrating scientific research and creating an industrial supply chain, establishing a patent technology-sharing mechanism and increasing investment in scientific research.

Xinhua Power says that these advantages will enable the firm to build a first-class power station with highly efficient technology and create a company model for solar thermal power generation (CSP).

Zhang Yan, Secretary of the Party Committee and Chairman of Xinhua Hydropower noted at the main venue that during the 14th Five-Year Plan period, Xinhua Power will further increase investment in the development and construction of a number of clean energy projects.

“In the future,” said Yan, “with the care and support of the party committee and government of the autonomous region and Bozhou, we will continue to practice the original mission of a central enterprise, carry forward the spirit of the nuclear industry in the new era, fulfill the social responsibility of central enterprises, help rural revitalization and green transformation, and contribute to the high-quality economic and social development of Bozhou.”

This project is #12 or #13 on the list of proposed projects in Xinjiang Province announced by CSPFocus and the first to break ground in this province. (Xinhua Power is a subsidiary of Xinhua Hydropower)

China Announces Another 1.3 GW of CSP with 12,000 MWh of Thermal Storage