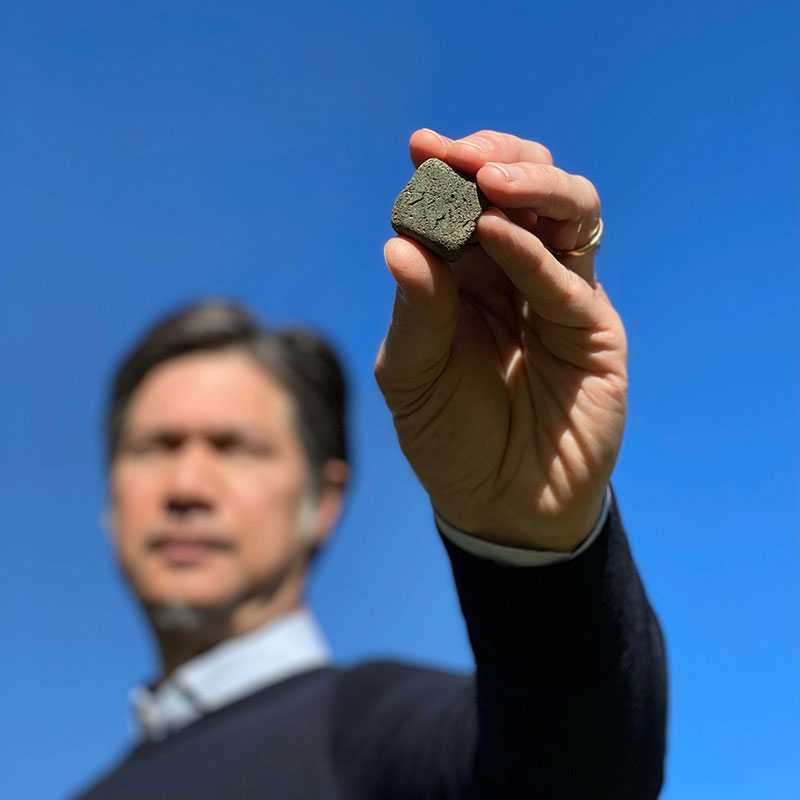 By the middle of the 21st century the global energy system will hopefully be very different, with clean energy, clean fuels and clean heat supporting a highly decarbonized future. It will require so many changes in how we have done these things so far, that we can barely imagine such a different world today.

One example is cement production, which, made the way that it’s been made so far with fossil fuels, generates 8% of global CO2 emissions. But two firms have been working on a way to make cement for a future without carbon emissions.

The “hot solar” startup Synhelion is creating alternatives to fossil fuels in both solar fuels and direct industrial heat with the solar technology in which mirrors (heliostats) concentrate and reflect the sun’s rays up to a solar receiver to generate heat. Synhelion has achieved the highest temperature possible today in this solar technology; 1500°C.

A year ago we covered initial work being done on decarbonizing cement processes in a partnership between Synhelion and the international cement producer CEMEX headquartered in Mexico.

Now Synhelion and CEMEX engineers have built a pilot plant, on the Very High Concentration Solar Tower of IMDEA Energy in Spain to produce zero CO2 cement, by substituting direct solar heat for fossil fired heat in one of the world’s most carbon-intensive industries.

That collaboration has now borne its first fruit. Synhelion and CEMEX have produced the first solar clinker in the world.

For this application, in cement production, the solar heat will be piped to a long kiln in the cement factory where the calcination and clinkerization is performed.

Calcination requires heat at about 1000°C for several minutes. Initially the plan was to supply heat just for this calcination process entirely from solar energy, while also siphoning off the natural CO2 emissions which happen due to the chemical reaction, for a 100% emissions-free calcination process.

“We didn’t stop our system at calcination,” explained Dr. Gianluca Ambrosetti, CEO and Co-Founder of Synhelion. “We went further to higher temperatures and performed even the clinkerization, which happens at around 1400 to 1450 degrees.”

This second step; clinkerization is much more of a challenge for solar heat. Not only is the heat requirement greater, but the residence time is longer, up to 30 minutes for each cohort of material rotating through the almost 90 meters-long kiln, and it is operating continuously. 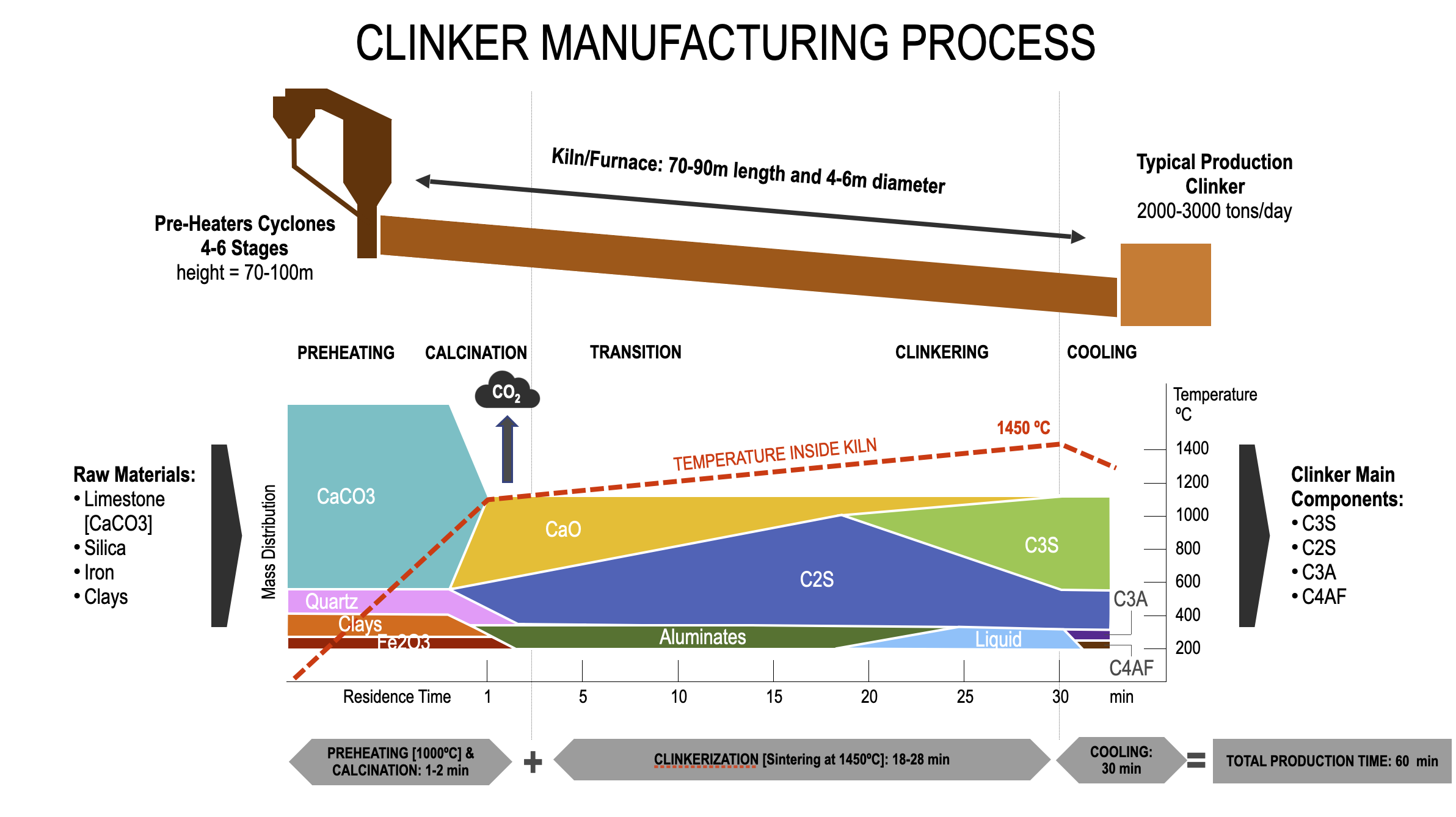 Once the lumps of clinker are produced, they are then combined with gypsum and sent to a grinding mill to become the finished product – powdered cement.

About 95% of the CO2 emissions in cement production come from these two steps, the calcination and the clinkerization. Only about 5% comes from powering the grinding process, which uses electricity.

This is a major breakthrough for solar heat, building on research from the SolPART project that CEMEX was involved in. At the time, Gilles Flamant, who directs the lab testing solar reactors at CNRS-PROMES, cautioned that the most difficult aspect of substituting solar heat for cement making is this duration. “My feeling is that the problem of residence time is actually the critical issue in this, not the heat requirement,” he explained.

“What we achieved is a real milestone in the sense that we managed to go beyond – to also do the clinkerization,” added Davide Zampini, CEMEX Head of Global R&D. “What Synhelion is doing, to be able to reach the 1500 degrees, is essential for us because now we can go beyond calcination. This is a key element. It allows us to completely eliminate fossil fuels from the production of clinker in cement.”

Using the traditional fossil fuel method, the calcination step generates CO2 in two ways. About 60% is from the chemical reaction itself, and 40% is from burning fossil fuel to heat the reaction.

How the solar process eliminates both sources of cement emissions

For this solar process, the heat is not from fossil fuel combustion like traditional cement production, but from sunlight reflected from a solar field of mirrors that concentrates highly focused solar flux up to a receiver on a tower.

Then the heat this creates is carried in a heat transfer fluid, piped down to the kiln in a stream of very high temperature water vapor and CO2.

Because this heat transfer fluid is in a closed loop with no air, it is easy to separate out and siphon off the CO2 from the calcination chemical reaction in a pure stream, by condensing out the water which leaves just CO2 behind.

By contrast, when a fossil fuel is burned in air, it is expensive to capture the emissions because the CO2 is very diluted in the predominantly nitrogen mix of air. This costliness of capturing CO2 in air is why it is not being done, despite political incentives.

“This is an important part of the project, to capture that CO2,” Zampini noted. “Thanks to the fact that it’s a slightly different process because we are using solar heat instead of combustion, capturing the CO2 becomes easy. This is a huge benefit for us as a cement manufacturer. We don’t emit any CO2 into the atmosphere with this process.”

To make the heat transfer fluid onsite, Synhelion would siphon off the carbon dioxide emitted by limestone naturally during the calcination step and use some of it mixed with water vapor. It would keep the remaining CO2 it captured for use by its core business of manufacturing solar fuels from H2O and CO2.

“That’s why this is really elegant,” said Zampini. “Besides CEMEX being the first to produce a solar clinker, Synhelion was born as a company that produces solar synfuels, so it also has a use for the CO2 to make its jet fuels.”

One thing the teams were looking to make sure of was that the solar process would not alter any chemical reactions in cement processes. The testing proved that this was successful. 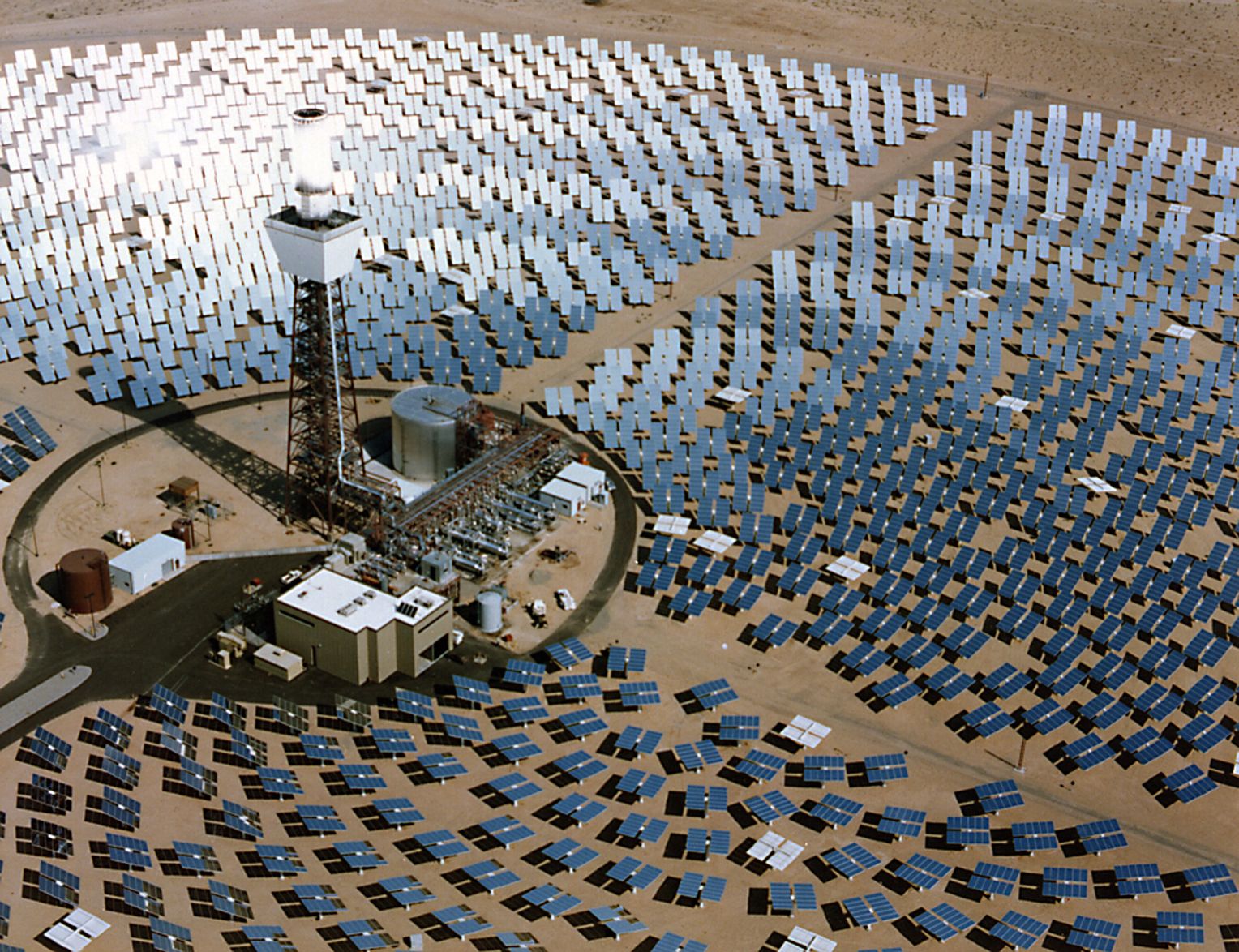 IMAGE@DLR The receiver would be atop a tower, heated by highly concentrated solar flux reflected off thousands of mirrors

“So far, what we have done was a batch process, we didn’t have a continuous process. We produced a few kilograms of clinker,” said Ambrosetti. “We now develop this system further to have kilns that can produce clinker in a continuous fashion. Performing the process continuously is the goal that we want to achieve this year.”

At scale, Ambrosetti said the solar field for a cement plant making ten tons a day of cement would be about the size of today’s tower Concentrated Solar Power (CSP) plants, in the range of several hundred thousand square meters of heliostat area. Remarkably, Synhelion achieves its much higher temperatures from the same size solar field as a conventional tower CSP plant producing heat at a much lower 565°C.

“This comes from our novel receiver design,” Ambrosetti explained. “We can achieve 1,500°C at fairly low concentration, at around a thousand suns, one megawatt per square meter. For a 1,000 tons of clinker per day setup, we would need about 150 megawatts thermal solar input to the receiver. So, this would be around 300,000 square meters of heliostats.”

Ambrosetti noted that Synhelion has already solved the materials issues with operation at such high temperatures. “These high temperatures do create some constraints on material but with our design of receiver, basically a refractory lined cavity, we can use standard materials from the refractory industry and the ones used in a kiln.”

At scale, to maintain the supplied heat continuously, this system would include thermal energy storage like in a solar thermal energy plant. In the next step, incorporating storage, CEMEX and Synhelion will produce clinker in larger quantities to reach industrial scale.