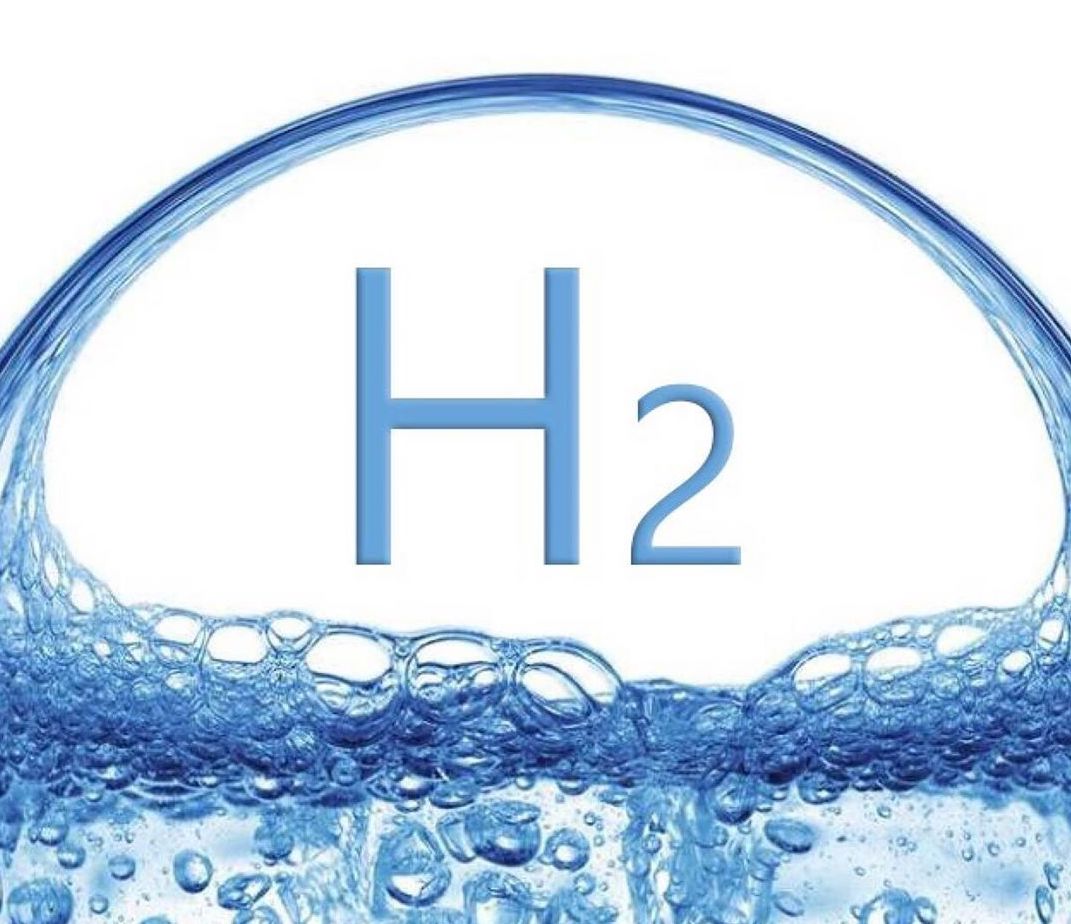 A perovskite may be more cost-effective than ceria for solar-driven thermochemical hydrogen production, a new paper suggests. One perovskite formulation that works at a slightly lower temperature than ceria is explored by Xin Qian in the paper Outstanding Properties and Performance of CaTi0.5Mn0.5O3–d for Solar-Driven Thermochemical Hydrogen Production in research funded by the US Department of Energy.

Solar thermochemistry works in two steps to manufacture solar hydrogen. Both steps require high temperatures, as high as 1500 °C, which is supplied in a solar reactor heated by beams of highly concentrated sunlight reflected from heliostats (mirrors) into a receiver. Inside the reactor, first a gas and then steam is forced through a porous material at high temperatures to split off hydrogen.

In the first step; oxidation-reduction (redox) an inert gas such as argon is forced through a porous monolithic redox material – usually a metal oxide – so it undergoes thermal reduction to release its oxygen. In the second step; splitting the hydrogen from water, steam is forced through the porous material. The oxygen from the water re-oxidizes the reduced metal oxide, so the hydrogen is now released.

Candidates for these porous redox materials are of increasing research interest. Initially, iron oxides were tried out. But these had high sintering issues during the repeated cycles needed for continuous hydrogen production. Ceria (CeO2) is currently the state-of-the art and is already beginning to be commercialized for producing solar fuels like jet fuel or hydrogen, because of its stable behavior at high temperatures.

“This kind of behavior is very interesting because when you reduce ceria, it will gradually release oxygen and when you oxidize it with steam, it will gradually fill in – it will take oxygen from the steam and fill in the oxygen vacancies in the structure so it becomes re oxidized again,” said Qian, a materials scientist at Northwestern University.

“So ceria will have very fast kinetics and very stable structures in many cycles. However, the major problem is its enthalpy of reduction is too high. So when you reduce it, you actually need temperatures higher than 1500 °C in order to produce a lot of fuel. This high temperature will cause very severe problems to the solar reactor design; it will have a lot of material issues.”

While some solar thermochemistry R&D is going towards developing new materials for high temperature solar reactor construction able to withstand such high temperatures, other solar researchers are looking for alternative redox materials such as perovskites, that can behave like ceria, but at lower temperatures, so they can make solar hydrogen economically.

“Both materials have their advantages and disadvantages,” Qian noted. “In addition to the high temperature requirements and low fuel productivity of ceria, another disadvantage is that cerium is a rare earth metal, so its cost will be much higher than perovskites which are very cheap, with their earth abundant elements.”

“But ceria’s advantage is the material is very stable up to very high temperatures in extreme conditions. This perovskite’s kinetics are not as fast as ceria. However, it still does have very fast kinetics for oxygen release which means you can cycle it with a very short cycle time to produce, for example, around three milliliters hydrogen per gram of oxide just within like 30 minutes. So in terms of hydrogen productivity. We have attained a very short cycle time. It is a breakthrough. It’s higher. It’s probably the highest among all of the reported results.”

He believes that this perovskite could serve as an alternative to ceria used in solar thermochemical hydrogen production. Lab tests showed a high hydrogen yield of 10 mililiters of hydrogen per gram of oxide in a thermochemical cycle where the first step was at 1350 °C, and the second reoxidization step – to split the hydrogen out was at 1150 °C.

But the search continues.

“Our material is good but I don’t think it’s the end of materials search,” he noted. “We will need to continue to explore, to push forward the limit of the material performance. We need to discover a material with intermediate enthalpy and high enough entropy in order to be thermodynamically favorable for both the thermal reduction and the water splitting steps. Given the very vast composition space of the perovskites, people will be able to explore novel compositions, so we could anticipate a lot of materials discovery.”

Like most research now, the materials scientists in this team collaborated with a computational group to speed up the discovery process.

“By computational screening actually you can get rid of a lot of materials that are not interesting, We actually do not know which material will have those properties, so if we do not need to measure them all, it will save us a lot of time,” said Qian.

“For example, if I know I want a material to have an enthalpy of reduction in the range of to between 200 and 300 – because for these kinds of materials we know redox thermodynamics of the material actually governs the capacity of fuel production – if they calculate a list of all of the materials that have the answer enthalpy in this range, then we do not need to measure them all.”

But for this perovskite, having quantified its properties; its stability, crystal structure, phase transition, reduction dynamics and fuel production rate; the next step will be to see how fast they can speed up the rate of hydrogen production.

“Maybe our next step is see how you could be able to tune those properties to have better material performance,” he commented. “For example, we want know whether it’s limited by diffusion of oxygen or surface reaction of oxygen on the surface. With highly porous sample architectures, the reaction is likely to be limited by surface reaction step then, it may be possible to apply some catalyst to improve its reduction rate so as to produce more fuel within a certain cycle time.”