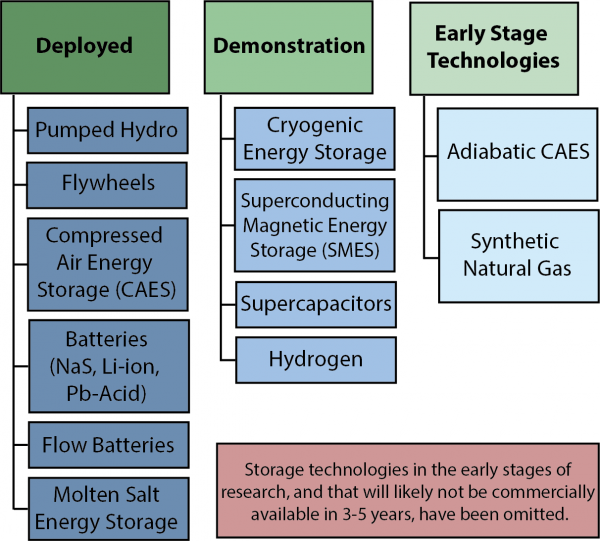 A Federal energy project funded through the US Department of Energy (DOE) Office of Electricity has initiated workshops designed to help state utility regulators determine best practices in policies to enable carbon-free energy storage technologies and, in particular, long duration energy storage, as renewable energy standards ramp up towards a fossil free grid.

The DOE has launched the Energy Storage Grand Challenge (ESGC) to lower the barriers to the innovation and deployment of storage, and hired Sandia National Laboratories to hold a series of workshops to educate state regulatory commissions on policy issues and best practices in creating requirements for energy storage, by bringing in policy experts.

One of these was policy analyst Will McNamara. The afternoon we spoke, he had earlier that day given another presentation to a state energy commission on energy storage policymaking. His frequent interactions with regulators have given him a closeup view of readiness for energy storage regulation.

Regulators are starting to look beyond batteries

Despite the policy lag, both some federal and some state regulatory bodies are now pushing for energy storage. Some states have already moved forward on creating their own mandates for energy storage procurement, and some of these have also have set 100% renewable targets for the future, making longer duration storage necessary.   At the federal level, the Federal Energy Regulatory Commission (FERC) which regulates regional transmission organizations and independent system operators (RTOs and ISOs) is also moving to facilitate storage.

“FERC put out an order 841 in September 2018, that really required those RTOs and ISOs to go out and modify their tariffs and other market rules to create a more level playing field for energy storage,” said McNamara.

While cautioning that these compliance filings are still under review at FERC, he pointed out that at least one RTO’s requirement would be for a 10-hour minimum; effectively requiring LDES:

“There has been controversy around the PJM marketplace because in its compliance filing to FERC it has attempted to set a 10 hour minimum duration requirement for any energy storage application to provide services to PJM’s capacity market. Obviously a lot of batteries can’t do that, so there’s been push back around that concept and it’s been very controversial. However, the 10-hour duration requirements in practice begin to create a definition for LDES.” he said.

“We could certainly see the potential for regulatory policy that gives a preference to LDES over short duration storage, but so far, just six states – California, Massachusetts, New Jersey, New York, Oregon and Virginia – have established a true storage mandate based on a very specific definition. The way that they have done it is to set a megawatt requirement. And we are seeing storage procurement bids from California utilities that specify a duration requirement. But at the state level, there’s no mandate explicitly for LDES so far. However, if passed, California bill AB 255 would seek to develop a regulatory process setting a specific target to procure long duration energy storage.”

The second and third of these three aspects of CSP – the thermal storage and the means to turn it into electricity – are being developed by these LDES researchers and in startups such as Azelio and TEXEL. These thermal “batteries” would be charged by surplus renewable electricity from the grid rather than a solar field of heliostats. Conversion of coal plants to thermal energy storage is even beginning to be offered commercially by the Danish solar thermal firm Aalborg CSP.

This R&D interest in thermal storage is because it has been proven commercially at ten or twelve hours of storage, and at much lower cost than combining PV with a series of batteries to get the same duration. Globally the CSP industry now deploys more than 6 GW of CSP which even by 2017 included 1.5 GWh of storage.

“The grid’s okay for now, but when you start getting into the higher penetrations – probably beyond 30-40-50% intermittent generating sources – that’s when you’re going to start to need to look at storage beyond the four to six hours range,” said Ho.

“When you start to look at longer duration storage, that’s when CSP with thermal energy storage is especially beneficial. You can really take advantage of economies of scale and performance of larger bulk thermal storage systems,” he said, but cautioned that while large-scale thermal storage systems for both electricity and industrial process heat are promising, there needs to be more demonstrations to reduce risks and increase bankability. 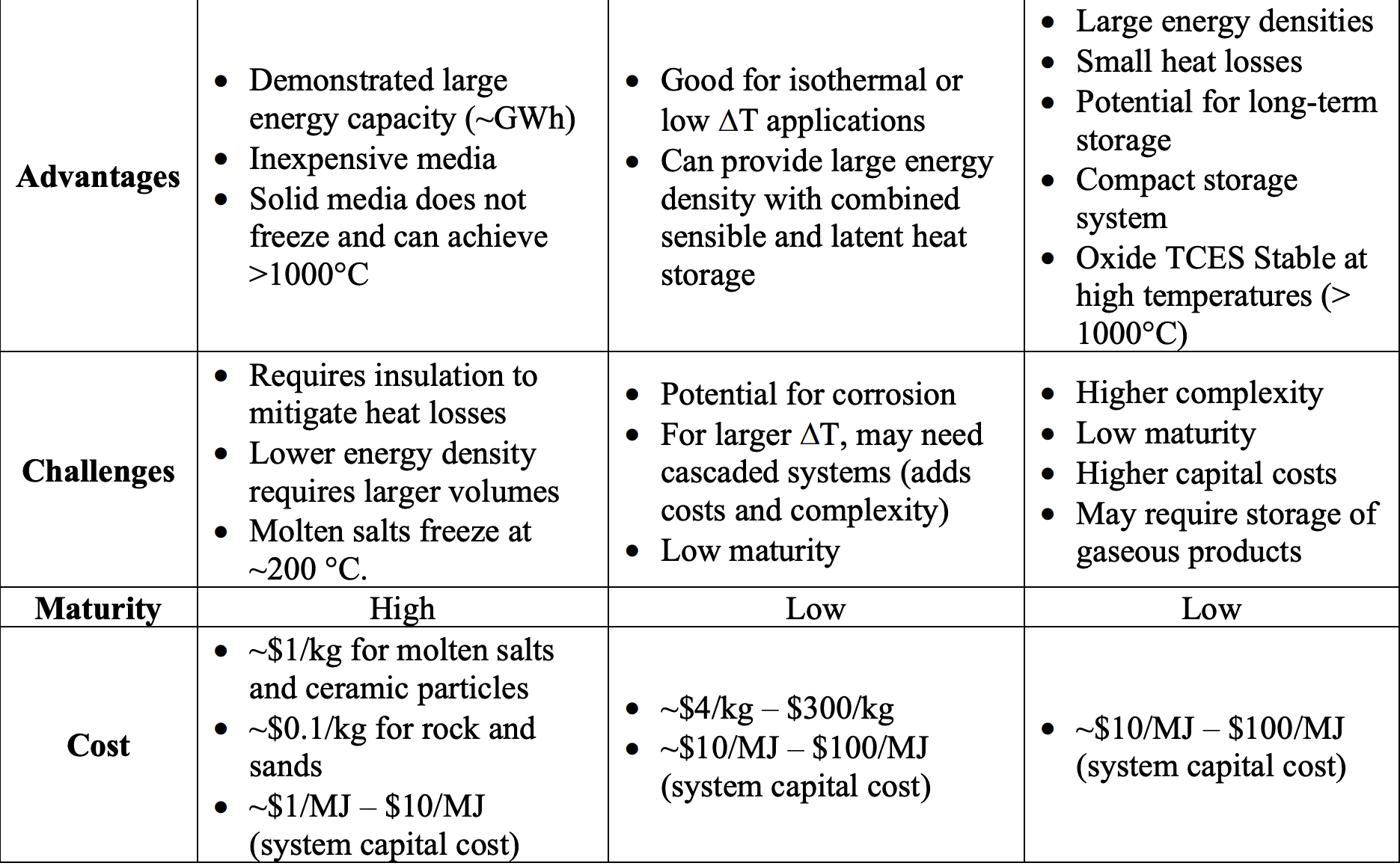 Early US renewable policy overlooked the value of megawatt hours; inadvertently slowing the development of long duration storage. Only two of the five utility-scale CSP plants developed by the Obama administration included storage, and only the more experienced of those two thermal energy storage pioneers in the US, Abengoa is still operating commercially today at Solana in Arizona. Many more PV plants were built, rapidly lowering costs.

“The renewable energy portfolios that states try to meet has been based on low bid, so they purchased the lowest cost option that provided the renewable energy capacity that was required; they counted megawatts not megawatt hours,” Ho explained. “So if a state had to meet a certain capacity where the lowest cost options were PV and wind; they didn’t have storage. Basically what everyone was doing was comparing CSP with long duration storage to PV without storage. But now a lot of regulators and states are starting to recognize the importance of storage.”

Short term spikes in demand can be handled by batteries

In Texas and Australia, generation is open to competition by developers, while the utilities are only responsible for delivering that power across the distribution lines, and in both cases, sudden shortages due to spikes in demand during bad weather can drive costs for instant power to as high as $14,000 a MWh in Australia, and recently resulted in similarly shocking bills for Texans during a winter storm.

After a devastating outage in Australia, Tesla quickly built a 100 MW/ 450 MWh (four and a half hours of storage) battery in NSW, and more recently a subsidiary seems to be offering a similar 100 MW battery for Texas. (For comparison, the Solana 250 MW CSP plant with 6 hours of storage has the most megawatt hours of energy storage in the US after pumped hydro, at 1,500 MWh daily.)

However McNamara doesn’t think a “restructured” state like Texas would necessarily be more attractive for innovative long duration energy storage developers than the more typical vertically-integrated US states, where utilities are regulated and are held responsible for economically delivering everything needed for a reliable electricity supply.

There is a need for innovation beyond batteries, which while suited to quick response grid needs can not cover long duration well, so it would not be cost-effective to simply purchase extra batteries to cover longer periods, Ho noted:

““For now, there’s not much incentive to go beyond batteries with the current infrastructure because most baseload is still supplied by fossil, so a number of studies show that maybe up to four hours batteries is still the way to go. But they did also recognize the need to go to longer durations with higher penetrations of renewables. If you have batteries that are just sitting around waiting to be used, it’s just going to be extremely costly for the longer durations. The levelized cost of that battery system just skyrockets if it’s not producing electricity continuously. That’s where thermal storage has an advantage, since the storage materials can be literally dirt cheap.” 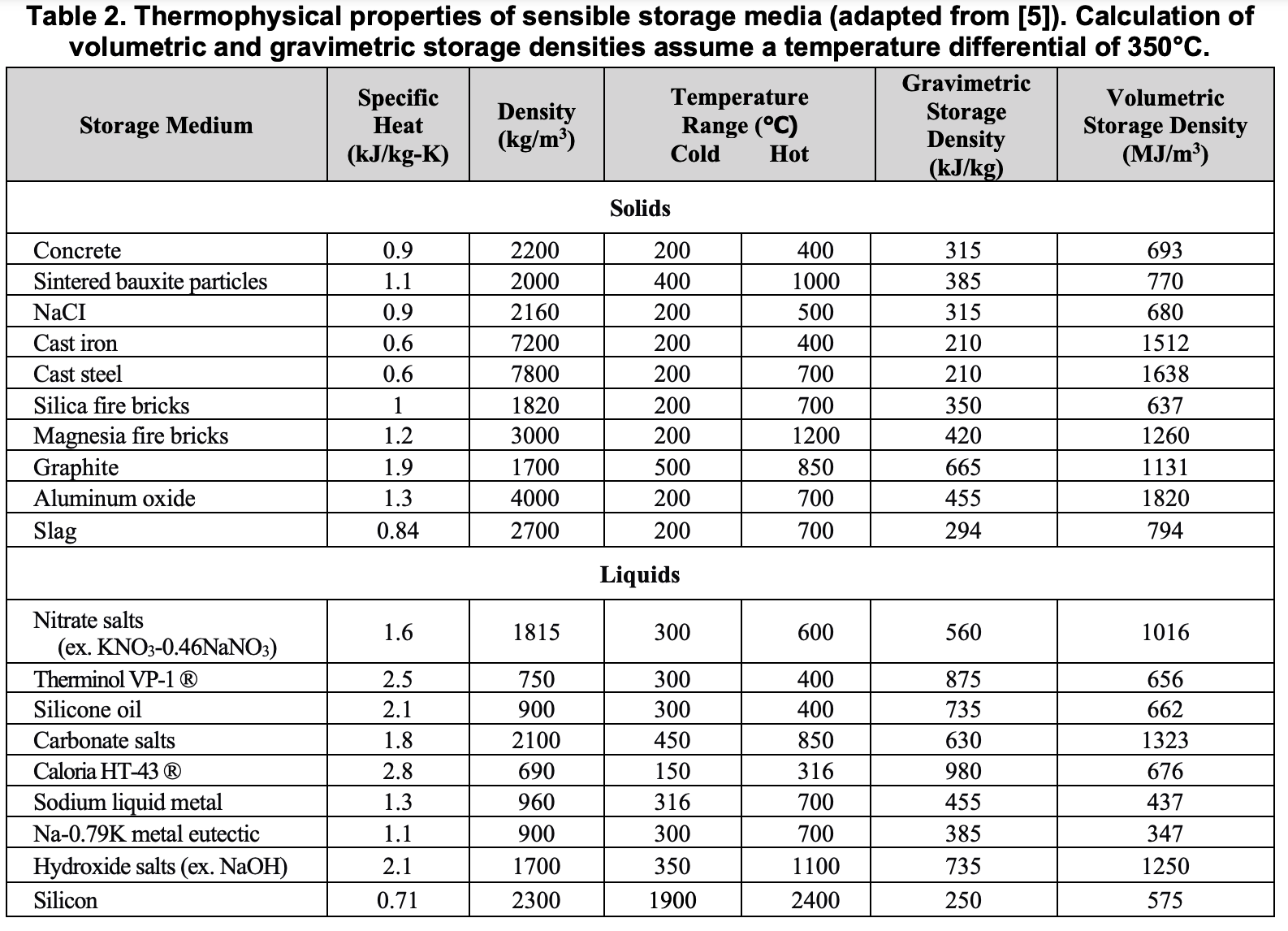