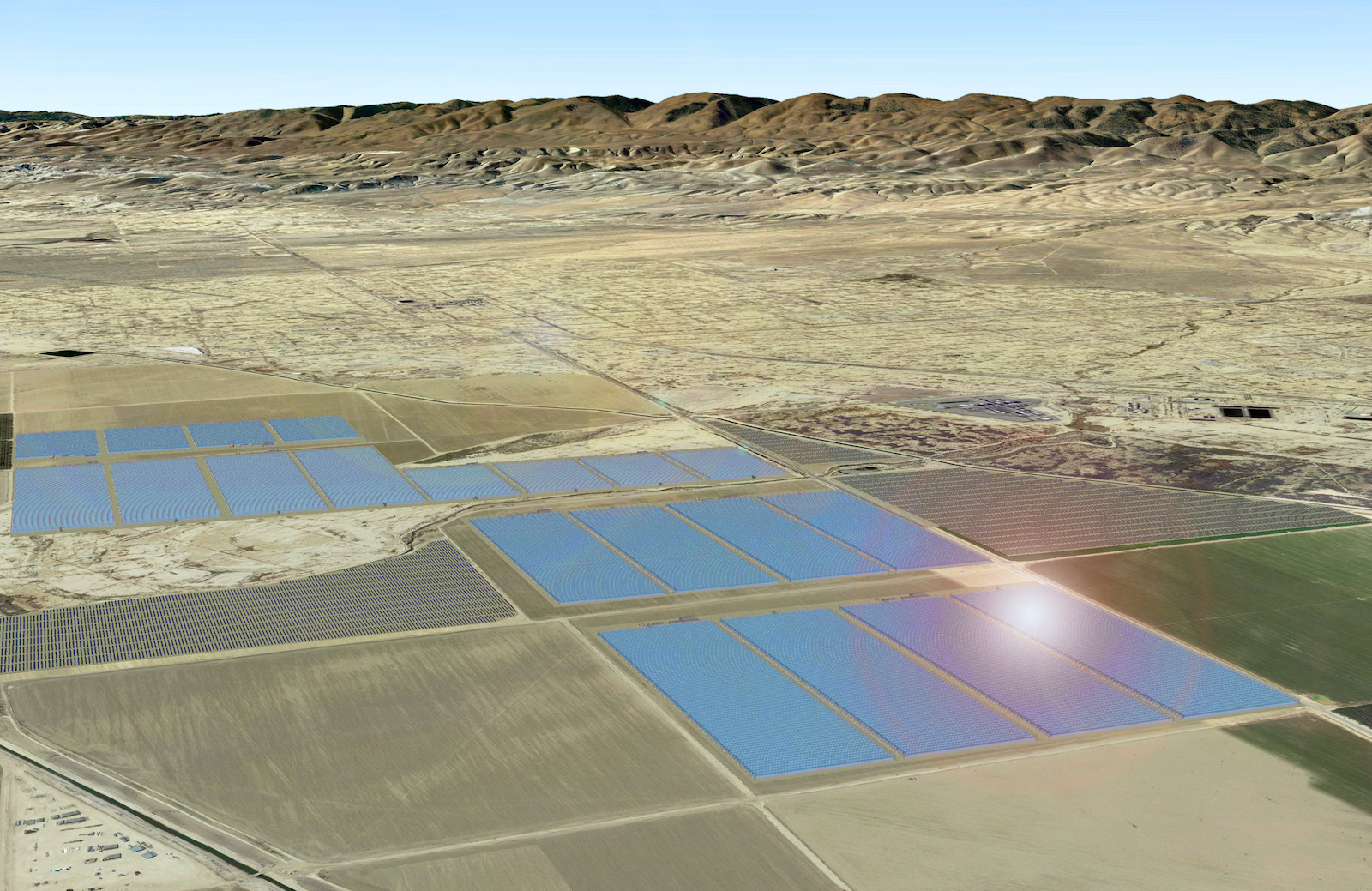 “Great things have been done with solar electricity, and that is being built out nicely, but people tend to think that solar is only for electricity. However, with solar EOR, we can add to that; we can expand solar into a whole new segment.”

Using solar instead of natural gas to extract oil at just this one oilfield will cut California carbon emissions by more than 376,000 metric tons per year. Yet that is just a fraction of the potential for greenhouse gas reduction possible in just the California oil industry, according to O’Donnell.

“This really is one and a half times larger than any kind of solar project in California,” he pointed out.

“And yet even though this will be the largest solar project in California, this just replaces a portion of the natural gas used – and that’s at just one oil field. That really highlights how significant the scale of energy needed is in the oil industry.”

The technology recycles the oil field’s “produced” water, that is piped up from the ground and heated inside pipes running at the focal point of huge curved mirrors to turn it to steam which can then be piped as steam back into the oil field to push out the heavy oil. As well as the massive 850 MWth of solar steam production, the project will include a 26.5 MW photovoltaic (PV) plant, generating some of the electricity used onsite.

Surprisingly, the oil industry is the world’s largest user of energy. Getting energy out of the ground and then refining it takes energy.

“We recently did an assessment with Stanford University, of oil industry energy use, and came up with the total amount of energy that is used. Something on the order of 15% of the energy that’s produced is used in energy production.”

This is particularly the case in California.

“More than half the oil in California is heavy oil. And heavy oil is particularly energy intensive to produce,” he said. “Emissions from every segment of the economy matter. We only have one atmosphere.”

One of California’s largest oil and gas producers, Aera Energy, is GlassPoint’s customer. Aera Energy, which is jointly owned by Shell and ExxonMobil, will use the solar-generated steam and electricity onsite in Bakersfield, California, a major oil drilling region, saving 4.87 billion cubic feet of natural gas.

GlassPoint expects to break ground on the Belridge solar plant in the first half of 2019. The project is expected to start producing steam and electricity with solar energy, replacing natural gas, by as early as 2020. 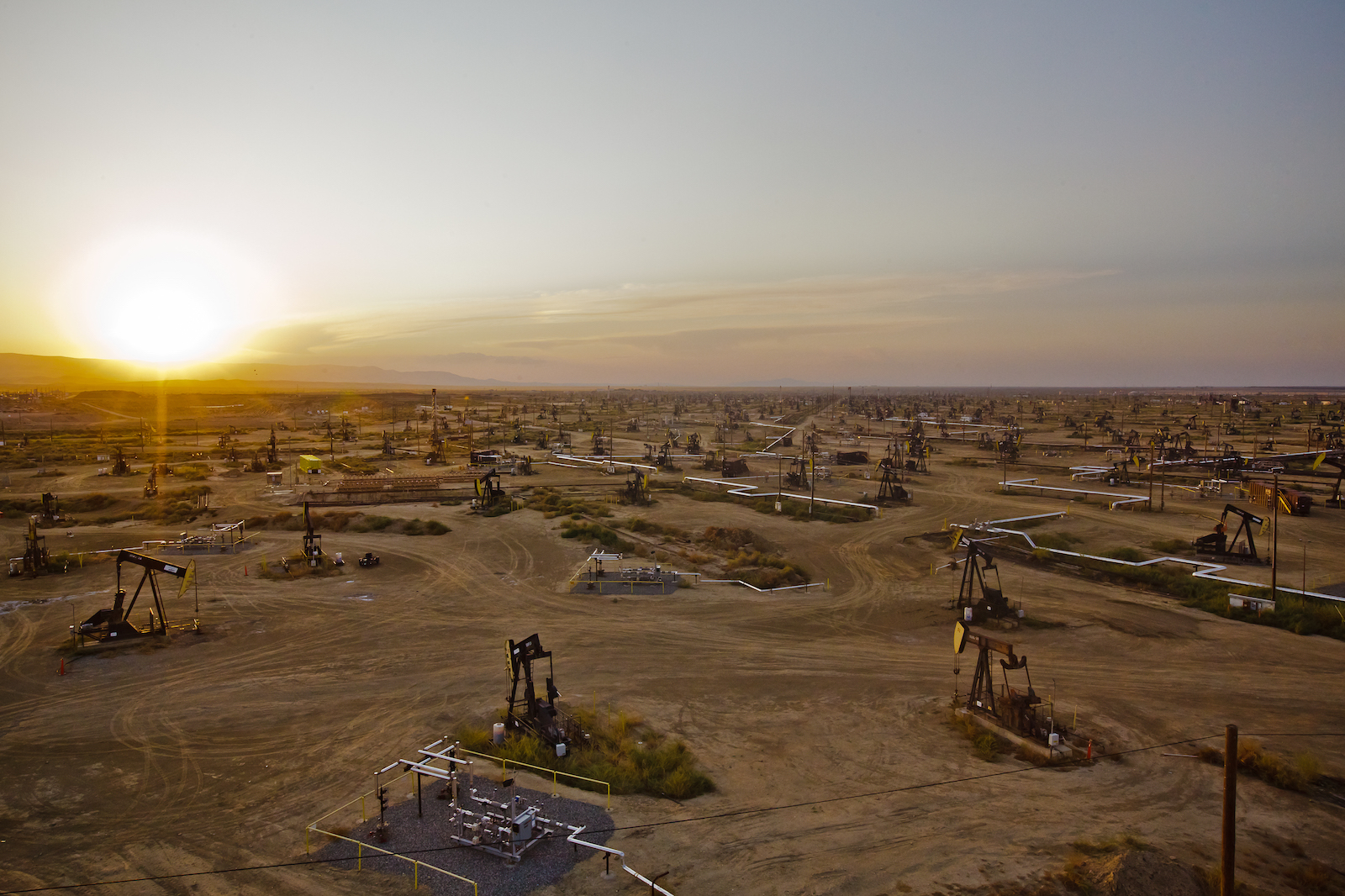 The nearly 1 GWth facility will be GlassPoint’s second solar thermal facility at this massive scale. After first constructing a 7 MW pilot to demonstrate to the oil industry that solar can outperform gas for EOR, GlassPoint built a 1 GWth solar steam generating facility in Oman, and began delivering clean solar steam in August.

The case for replacing gas with solar was very clear. “In Oman there’s a gas supply problem,” he explained. “Oman is short of natural gas to grow their economy and create jobs and meet their domestic needs as well as export for revenue. So solar plays a unique role in expanding the domestic gas supply.”

By switching to solar thermal for the extraction process, the Belridge Solar project is expected to prevent more than 376,000 metric tons of carbon dioxide emissions per year. This will also reduce NOx and other local pollutants, improving air quality in the San Joaquin Valley, which has some of the state’s worst air quality.

During peak construction, Belridge Solar will create more than 500 blue collar construction jobs in Bakersfield, a region of the state known for cattle ranching and oil drilling.

“There are also these other benefits to the local economy” he added. “This replaces gas from outside California and replaces it with a solar facility that’s built by California workers and pays California taxes, and contributes to the California economy, so it’s a perfect example of how renewable projects benefit local community. And it met our customer’s criteria for a commitment to a project, that it had to deliver on its basic economics.”

Bakersfield has a dusty environment. But generating solar in dusty oil drilling regions is a familiar challenge, not only in the Middle East. GlassPoint built their very first solar EOR project nearby, providing very local on-the-ground solar resource intelligence.

“We’ve been operating there, including solar observation for more than five years, about ten miles from this site, so we know everything about the local weather conditions,” he pointed out. “And where we’ve been measuring solar radiation is also an active oil field. So we’ve learned all about the dust kicked up when there’s drilling operations.” 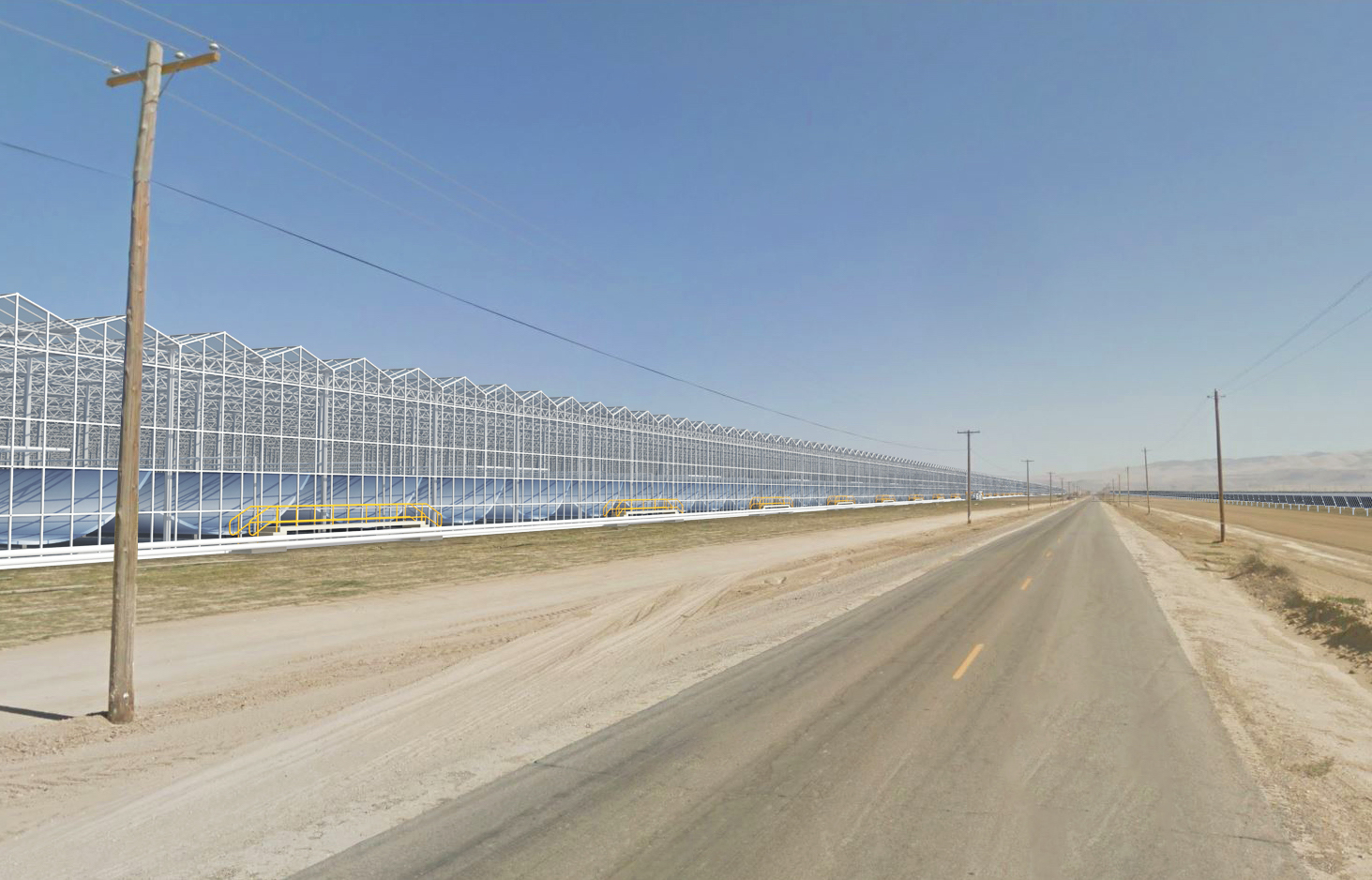 “A gigawatt here, here and a gigawatt there, and pretty soon you’re talking really serious scale.”

In operation, Beldridge will actually generate more peak solar energy than any solar project in California.

It is not an apples to apples comparison, of course, since PV generates electricity directly, and CSP generates and stores electricity thermally, and although GlassPoint’s unique technology is partly a variety of CSP (utilizing parabolic trough solar collectors), it doesn’t generate electricity, but just steam, and its output is measured thermally.

In addition, the relatively small (by California PV standards) 26.5 MW PV plant will provide some of the oil field’s on-site electricity needs, acting as a kind of pilot for using solar electricity onsite. Oil fields operate around the clock, and O’Donnell doesn’t see battery costs as competitive, so PV will not cover the full load, only daytime need.

GlassPoint will leverage their experience from Oman in meeting very stringent safety standards peculiar to the extraction industry due to the dangerous working conditions in oil fields. Glasspoint will subcontract and oversee the PV construction to maintain control over meeting the very exacting safety protocols required.

Thanks also to California’s climate legislation

California’s climate policy contributed part of the economic case for cleaner energy, in addition to solar lessons from Oman, and gas prices.

“Every project is evaluated on its economics. In California natural gas prices have recovered from their recent floor. As part of building Mirraah in Oman our costs came down  55%. Then in addition, there are technology neutral, market-based carbon trading systems in California, which deliver price signals.”

“So we get some help from carbon prices, some from technology advancement, and some from the gas price; those three things together made the economics of this project work,” he summarized.