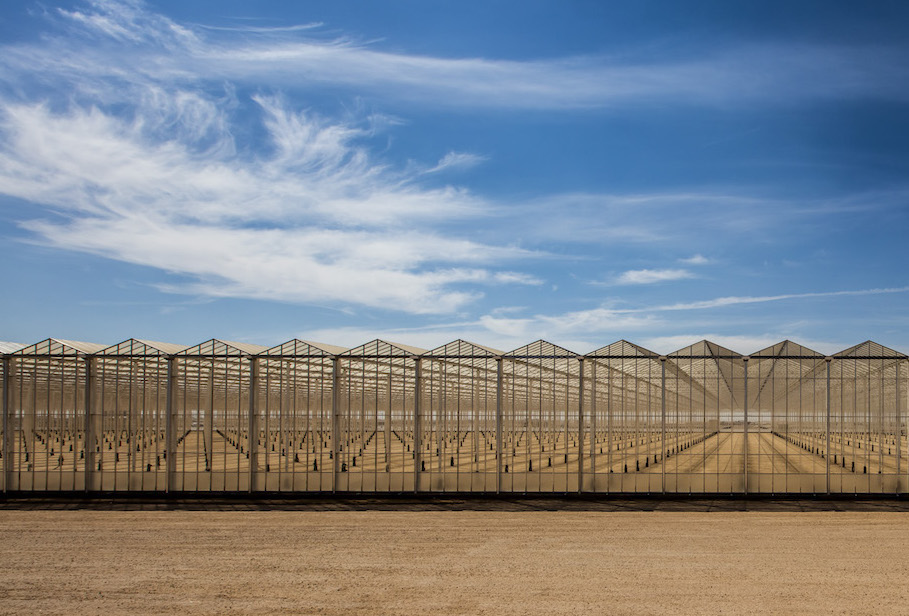 GlassPoint just signed an agreement with a second oil company operating in Oman to facilitate oil production by the use of 2 GWth solar-generated steam replacing fossil fuel-generated steam.

As reported at SolarPACES previously, GlassPoint’s first EOR project in Oman was 1 GWth. This new deal with Houston-based Occidental Petroleum (“Oxy”) at the Sultanate’s Mukhaizna oil field would be at twice the capacity of their original record-breaking solar EOR project, Miraah in the Amal oilfield, in the south of the Sultanate, that was signed with Petroleum Development Oman (PDO), the Sultanate’s largest hydrocarbons producer and inaugurated this year.

Details in our coverage exclusive: How the GlassPoint solar steam technology works

Agreement covers plans to generate up to 100,000 barrels of solar steam per day for heavy oil production at Mukhaizna oilfield while reducing carbon emissions

MUSCAT, Oman–(BUSINESS WIRE)–GlassPoint Solar and Occidental of Oman announced today that they have signed a Memorandum of Understanding (MoU) that could lead to a large solar thermal energy plant, exceeding two gigawatts, at the Mukhaizna oilfield in the Sultanate of Oman. As the lead developer of the proposed project, GlassPoint would deploy its proven solar technology to produce up to 100,000 barrels of solar steam per day. The solar steam would be purchased by Occidental and used to facilitate production of heavy oil. With preliminary studies complete, engineering work has now commenced to define the project scope and field integration plans.

H.E. Dr. Mohammed bin Hamad Al Rumhi, Omani Minister of Oil and Gas said, “As we continue to diversify Oman’s economy and develop the renewable energy sector, we are also identifying ways to save our natural gas resources. Oman’s vast heavy oilfields present one of the largest opportunities to deploy solar energy and conserve gas, which can instead be used to fuel industries and generate power. We’re pleased to see this progress between Occidental of Oman and GlassPoint, which can deliver substantial economic and environmental benefits to the Sultanate.”

Operating in Oman for more than 30 years, Occidental of Oman is the largest independent oil producer in the country. At the Mukhaizna field, Occidental of Oman has implemented one of the world’s largest steam flood projects for enhanced oil recovery (EOR).

GlassPoint’s solar steam generators use large mirrors to concentrate sunlight and boil oilfield water into steam. Occidental of Oman would purchase the steam under a long-term off-take agreement, providing a cost-effective, zero-emissions alternative to steam generated using natural gas. The proposed solar project could save more than 800,000 tons of carbon dioxide (CO2) emissions each year.

Occidental Petroleum’s global strategy includes active investment in CO2 EOR and carbon capture, utilization and storage (CCUS), as well as other emissions-reducing technologies. This low emissions energy utilization project and approach is one aspect being explored and commercialized by Occidental’s Low Carbon Ventures business unit in partnership with asset teams across their global operations. This project will enable technical learning and commercialization success to promote similar projects in other areas to help reduce Occidental’s global carbon footprint.

Steve Kelly, President and General Manager of Occidental of Oman said, “We are excited about working with GlassPoint to enhance our environmental stewardship in Oman and strengthen Occidental’s position in the lower-carbon economy. This is a strategic opportunity for us to tap into solar as a sustainable source of energy in order to minimize the carbon footprint of our operations.”

Steven Moss, CEO of GlassPoint Solar said, “We’re looking forward to building on our success with another major solar project in Oman. Occidental of Oman’s interest shows the scale of opportunity renewables can play in reducing the energy use and environmental impact of oil production. We’re pleased to work with Occidental of Oman to grow Oman’s solar industry and the global market for solar powered oil production.”