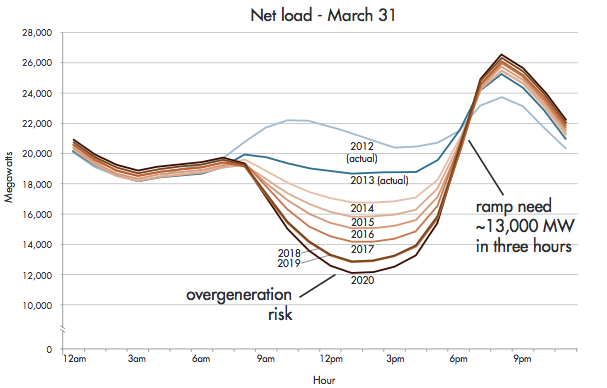 Senate Bill 338, which mandates that utilities come up with non-gas generation options to meet peak demand, was signed into law by Governor Jerry Brown.

California has put its utilities on notice: When you’re putting together your next integrated resource plans, you’d better have non-gas generating options for meeting peak demand. That’s what Governor Jerry Brown mandated to utilities when he signed Senate Bill (SB) 338 into law yesterday.

SB 338 requires the California Public Utilities Commission (CPUC) and all other locally owned utilities to start planning to meet their net-load peak energy and reliability needs with alternatives to fossil-fuel generating plants, while also providing the electricity at the lowest cost to consumers.

The rule applies to any public utility with more than 700 gigawatt-hours of annual demand and demands that this be part of integrated resource plans (IRPs) from all utilities, which are updated every five years. The bill comes as part of the state’s mandate to get at least 50% of its electricity from renewable sources by December 31, 2030 (a bill this year designed to move that number to 100% failed to make it out of committee).

What previous law did not require was mandated planning for what the state hopes will someday be a fossil fuel free future. SB 338 attempts to address the infamous solar “duck curve,” a graph of power production that reveals the gap between peak demand times and the times when solar electricity is being produced.

Where significant amounts of solar have been installed, non-renewable energy sources must carry the burden at those times, setting up a graph that looks like a side view of a duck. By mandating non-gas generating options, SB 338 forces utilities to seek other peak-time remedies like battery storage.

The CPUC seems to be on board with the requirements, having recently rejected not one but two gas peaker plants recently. On Sept. 28, the CPUC rejected unanimously an extensive refurbishment of the Ellwood Peaker Power Plant and ordered a re-evaluation of its former approval of the Puente Peaker Power Plant. On October 5, the CPUC also rejected the construction of Puente.