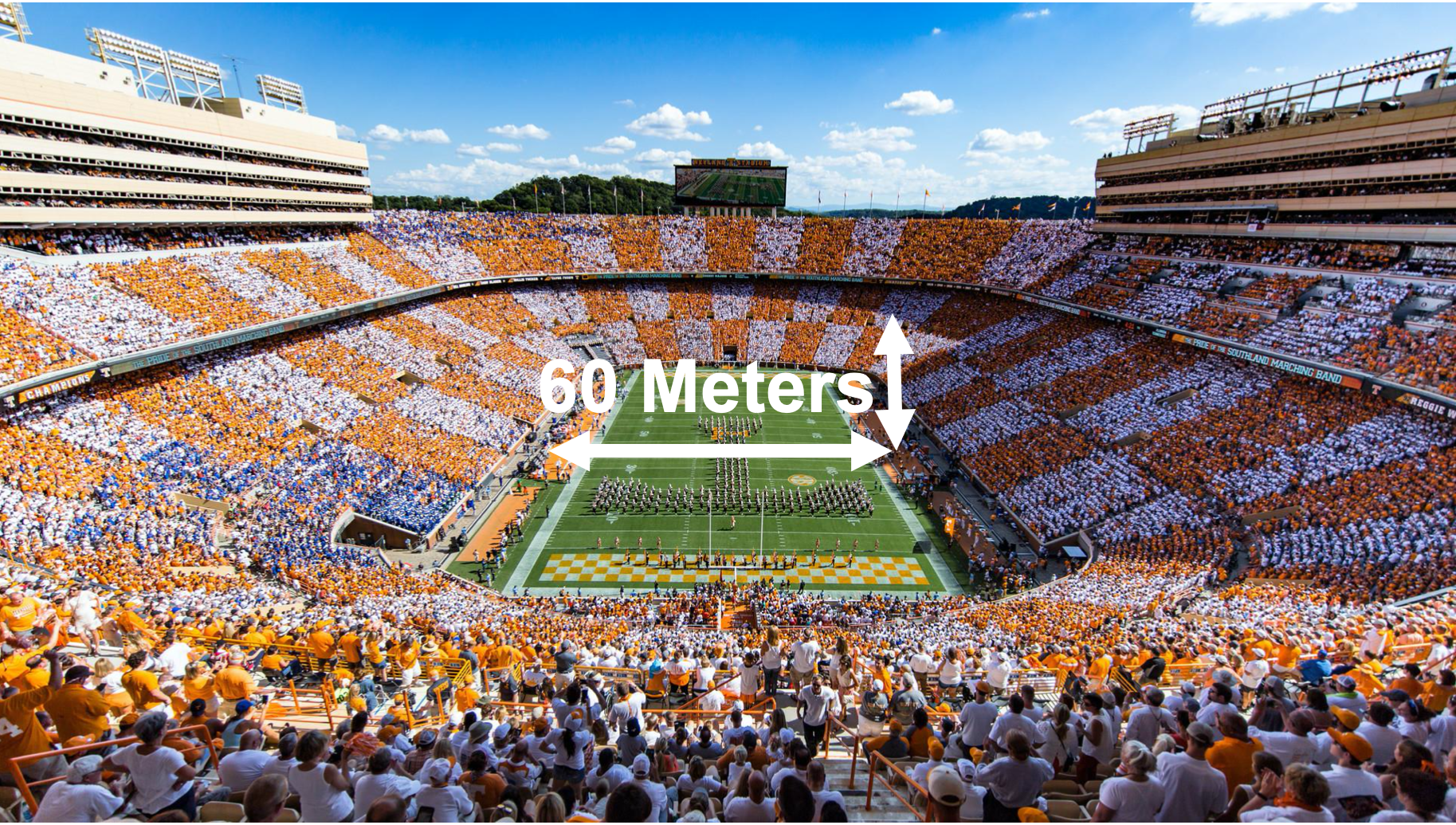 A very large-scale long duration energy storage (LDES) idea from MIT envisages a 1 kilometer-long, 60 meter-wide lidded central storage container of rocks sunk 20 meters down into the ground – about the size of 10 football fields if they were laid end to end.

The idea is that it could store energy from up to 20 Concentrated Solar Power (CSP) plants arrayed around the shared storage, using the heat transfer fluids from either trough or power tower CSP plants (Therminol oil or molten salts, respectively) to supply the grid with dispatchable electricity for days.

The concept is in the very earliest stage of investigation and proposed by Charles Forsberg, a senior research scientist at MIT’s nuclear engineering department (who also sees the potential for making nuclear power dispatchable to better fit the totally renewable grid) and his engineering grad student, Ali Aljefri.

In a recent call following his presentation of the general idea at the international SolarPACES Conference2020, Forsberg compared the storage capacity to that of the 250 MW Solana CSP plant in Arizona with 6 hours of storage (1,500 MWh daily).

“I know that Solana has 1.5 gigawatt hours. But we’re talking about 100 gigawatt hours of storage,” he said, adding that the market potential would not be limited to nuclear, but include CSP demo projects developed in solar parks.

“The Chinese have a lot of solar but that solar is sitting out in the middle of nowhere with DC lines that transmit long distances; and you know a DC line that’s only running 12 hours a day or 8 hours a day is a really expensive transmission line. So they have a very big incentive to think about solar that’s 24/7.”

Forsberg noted that the fact that LDES is being investigated by the US Department of Energy renewable energy labs like NREL and Sandia  as well as by its nuclear departments only increases the likelihood for its commercializing.

“The heat source is irrelevant: The bottom line is we’ve got to figure out a way to store energy cheap and that’s the attraction here. So the fact that it can be used for nuclear as well as solar is a plus,” he pointed out.

“And this can even be a standalone “Carnot” battery to store electricity from the grid thermally. That means you’ve got three markets out there, so your chances of commercializing go up dramatically. My strategy here is it takes a lot of real money to get these things developed and deployed, so if you have something that looks potentially very very cheap; you’ve got the economic driver for people to spend the money to work out the bugs — and there will be problems when you scale it up; it’s just like any other technology, right, I guarantee there’s going to be problems. But if the fundamental numbers look good enough people will work through them.”

So how do the numbers look?

“The project is in the very early stages right now, it’s still an idea,” cautioned Aljefri, who hails from Abu Dhabi and has seen record-breaking CSP project sizes back home in the MENA region; DEWA in Dubai or NOOR I,II and III in Morocco.

The cost they are aiming for is much lower than today’s thermal storage attached to a single CSP plant, which is going down from $30 towards $15 per kWh. (Currently batteries are in the hundreds of dollars per kWh range) Forsberg envisions two to four dollars per kilowatt-hour in capital cost.

“Yes, capital cost of storage in CSP is 30, 25, 20 dollars per kWh capital cost but that’s for just one CSP plant with one storage system and one power block,”Forsberg calculated. “But 20 solar collectors (if trough CSP) or receivers (if tower CSP) but only one power block and one storage system: That’s really going to be considerably cheaper. In addition I just got rid of half the operating crew because if you are operating a 50 megawatt Steam Plant or 500 megawatt steam plant, it’s got the same operating crew.”

The heat is stored in crushed rock 20 meters high, a width of 50 or more meters wide and a length up to a kilometer. Over the pile is a gas-tight highly-insulated building similar in construction to an aircraft hanger.

One section after another would be heated going along the 1 kilometer length of the pile. This process would be performed in recurring waves going section by section, so each heating wave is followed by a cooling wave recovering the heat. The upshot would be that over the length of the trench, heat can be continuously supplied to the power block from each section in sequence, yet the whole operation would take place in a single “tank” allowing for a completely different kind of storage, like playing a xylophone, tapping one plant and then another in succession.

To transport the molten salts or Therminol oil 1 kilometer to the storage pit, Forsberg cited the extensive oil industry experience in transport of hot oil in pipes.

Aljefri emphasized that many details are likely to change as the idea takes shape. For example, he considered that one way to do it would be that the CSP plants might actually be complete CSP power plants with their own power blocks for generating power individually, with the shared storage for surplus, while another possibility might be only one central storage and one power block generating power from the combined stored heat as Forsberg proposed.

And different regions will have different needs, he said.   “In the Emirates, where we’re located in a hot climate, the economics of summer, winter, night time, day time, makes a difference here with storage use,” Aljefri noted.

“In terms of the engineering work, a hot climate doesn’t make a big difference – or maybe a little bit with like efficiency and stuff. However, utilizing storage is different if there’s a lot of solar PV on the grid –  whether you’re going to use it for daily or for weekly storage. That changes the economics in favor of daily storage, so that would make a difference in terms of making economic sense out of it. So a big part of the work is to make sure that it would in the end make the electrical grid more efficient in general.”

What Aljefri is working on at MIT is thermal storage for a nuclear reactor to store output during the day so it could be released after dark. But as Forsberg noted, this thermal energy storage technology is equally applicable whether it’s for nuclear, CSP or even storing surplus solar PV or wind electricity off the grid.
————————
Paper
100-Gigawatt-Hour Crushed-Rock Heat Storage for CSP and Nuclear
C.Forsberg, A. Aljefri