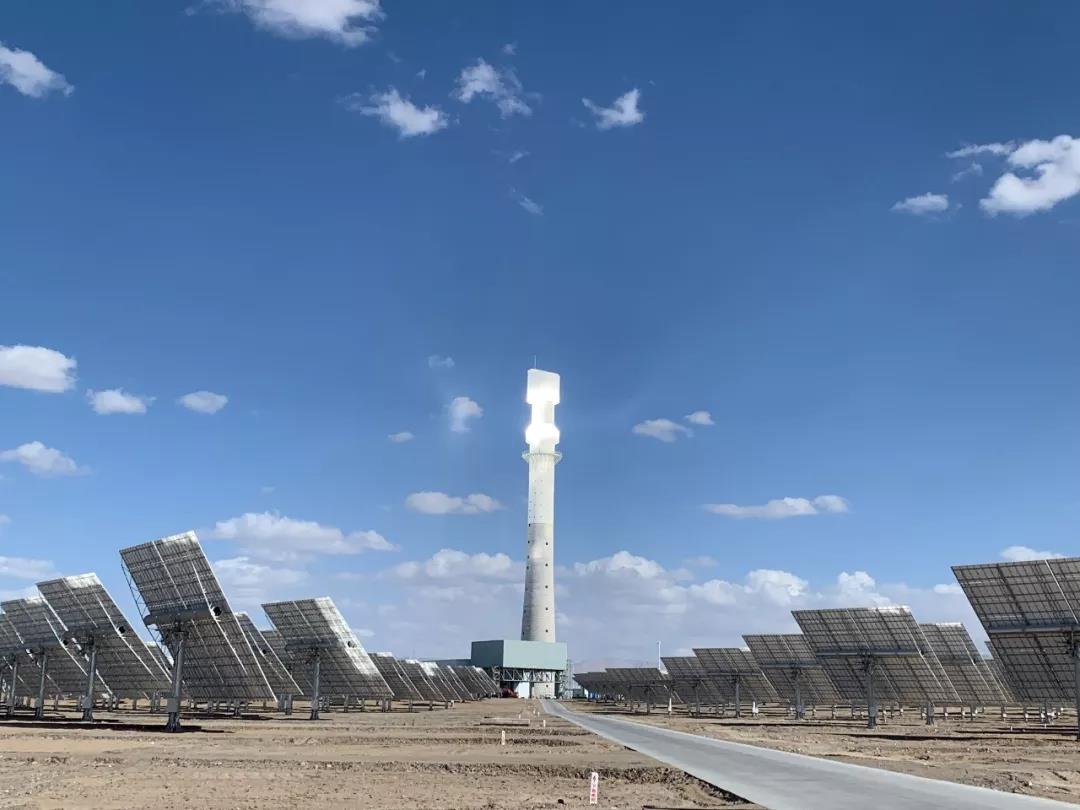 Beginning construction in June of 2017, it took only a little over two years to construct from start to finish, and was completed by the 2020 deadline imposed by China for its first round of CSP demonstration projects.

With Luneng’s project marking the 5th demonstration project now connected to the grid, China has installed 300 MW of CSP during its demonstration phase, as part of its push to meet its climate goals, as well as to build a self-sufficient domestic CSP industry in China. (China Made PV Cheap. Is CSP Next?)

With today’s connection of a tower project, the Luneng 50MW tower at Haixi, nearly all (250 MW) of its demonstration projects have chosen tower CSP technology, and only one so far has selected the more tried and tested technology, trough; the 50 MW at Delingha by China General Nuclear. (What is CSP Tower, trough, etc..)

The Luneng tower project connected today at Haixi is in the sunny Quinghai Province near Tibet, which has the best solar resource in China.

The tower projects on the grid to date are SUPCON’s 50MW at Delingha and 50MW at Gonghe, which are also in the sunny Qinghai Province. Shouhang’s tower CSP at Dunhuang 100MW is in Gansu Province, which has lower solar resource, however it brings power closer to load in Eastern China, where the big cites like Beijing and Shanghai are located. Grid access, and developing very large scale HVDC is key to China’s CSP push, according to researchers.

The Luneng CSP tower forms part of a multi-technology renewable installation that combines wind power with solar PV in addition to the tower CSP project that incorporates 12 hours of thermal energy storage in molten salts. The idea is to form an optimal combination of wind, light, heat and energy storage to effectively solve the imbalance of power output during peak and low peak periods and improve energy utilization efficiency.

“Through complementary multi-energy operation, the peak shaving pressure of the power grid can be effectively reduced. Considering that the output limit is matched with the load curve of Qinghai Province, the project will significantly reduce the power-limiting ratio through energy storage and CSP adjustment,” CSPFocus wrote of the installation.

Two Spanish firms were involved in the project, Abengoa who supplied the solar field, and SEPCOIII as Engineering, Procurement & Construction. Siemens is listed as the steam turbine supplier. In 2012 Siemens had exited CSP steam turbine supply when it seemed that the CSP industry was too small.

However, Siemens has returned to be the supplier of choice as projects picked up again with Morocco at Noor I, II and III and now at Midelt and also with Dubai and China now making bigger bets on the future of the sector. 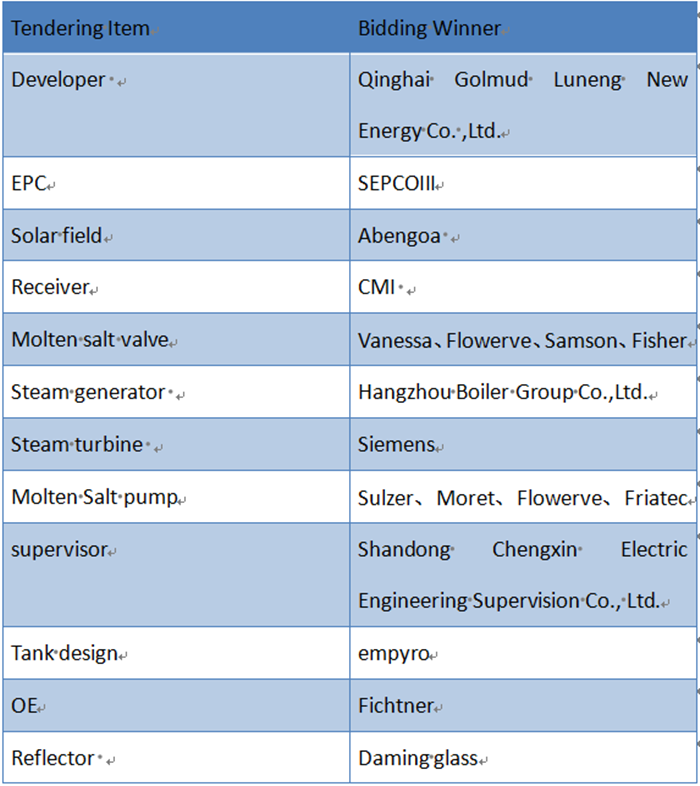