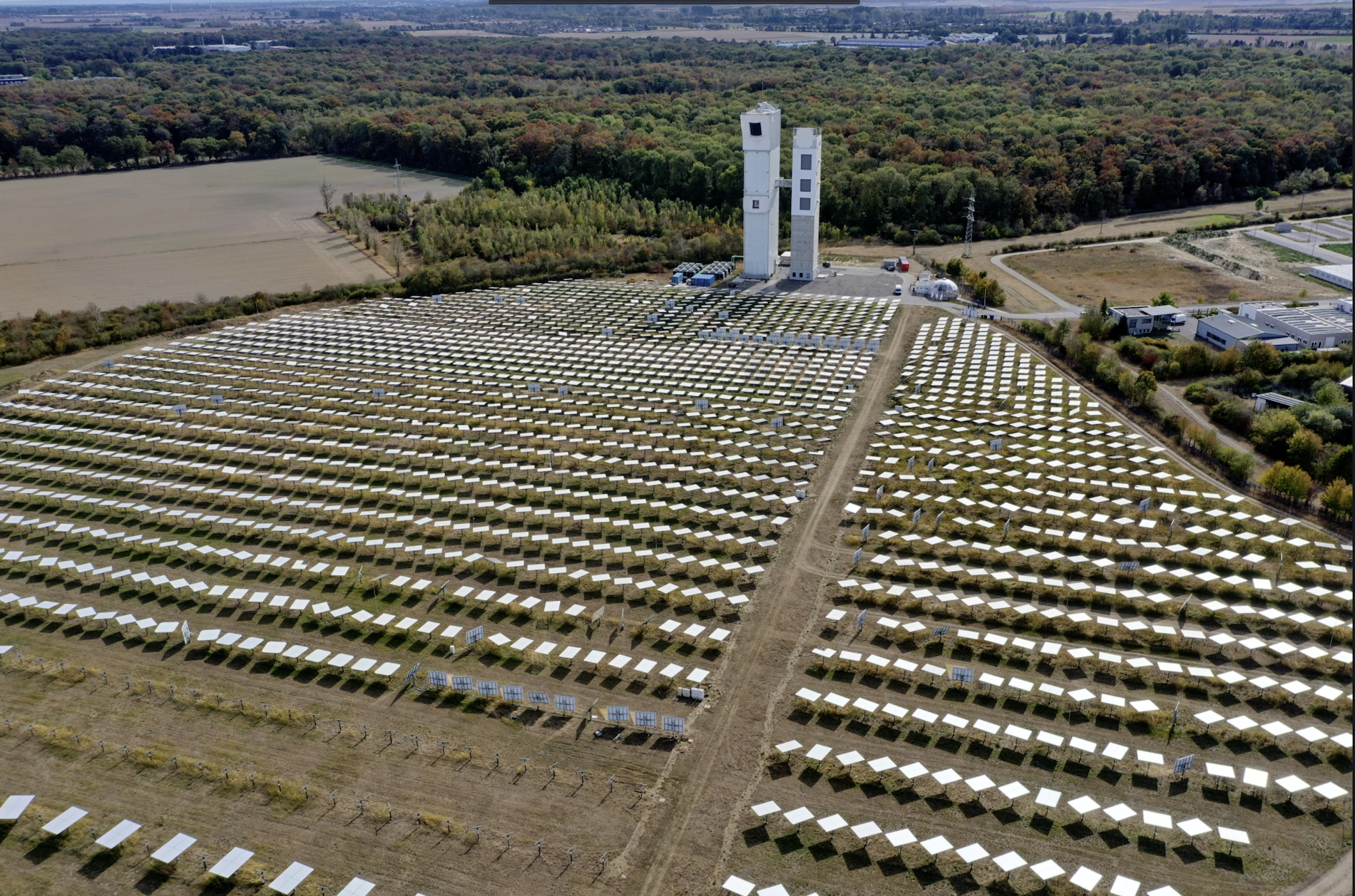 The ETH spin-off Synhelion is working on commercializing its very high-temperature solar thermochemical fuels (like jet fuel and hydrogen) and has already formed partnerships with several larger firms making cement or aviation fuel to advance step by step towards its goal of 100% carbon neutral fuels by 2030.

The company’s latest collaboration is with Wood, a global energy engineering leader, with a long history of steam reforming of natural gas to syngas for making hydrogen. The 40,000-employee firm has now developed a novel technology to utilize renewables instead of fossil fuels to supply the heat required by steam reforming

“We will be demonstrating the concept that solar thermal energy can be used to drive that methane reforming reaction instead,” said Richard Spires, Wood Technology Development Director. “Working with Synhelion offers us significant opportunities in terms of the effectiveness of that energy collection.”
.
The two firms will test their combined technologies at the DLR Jülich outdoors solar testbed, using concentrated solar thermal (CST) energy to supply the heat to replace fossil fuel for hydrogen reforming. Wood will be testing its new steam reforming technology for the first time.

Synhelion will be testing its high-temperature CST receiver at 1000°C in its first outdoors test “on-sun” and later, will add thermal energy storage.   “In terms of performance, we are pretty confident,” said Synhelion Thermal Systems Head Lukas Geissbühler. “Of course, integrating our high temperature receiver with a solar field outdoors with its variable weather, is more complex than with artificial suns, but we look forward to this challenge.”

If their collaboration is successful, it would create a fast path to commercial solar hydrogen at the same low cost as today’s fossil fuel method. Wood’s traditional steam reforming technology is the market leader in efficiency and used in more than 120 hydrogen and synthesis gas plants worldwide, with a total installed capacity of more than 3.5 million normal cubic meters per hour (Nm3/h) of hydrogen. So there is a ready global market if this fuel-agnostic version tests out.

“We estimate that with our solar reforming technology, we can go down to 1 euro per kilogram of hydrogen,” Geissbühler explained. At 1 euro to just over $1 in USD, this is even lower than the $3/kg US DOE cost target for producing green hydrogen.

Green (renewable) hydrogen can be produced with either electricity or renewable heat. Using electricity, hydrogen (H2) can be split from very pure water (H2O) with electrolysis, and when the electricity is 100% renewable, this is green hydrogen.

But using 100% solar heat, a cutting edge high-temperature thermochemistry technology that is potentially more efficient is now being innovated by Synhelion and R&D labs in Switzerland, Germany, Australia and Japan. By concentrating thousands of “suns” – of mirrors reflecting sunlight – onto a solar receiver to create high temperatures of up to 1500°C, Synhelion can separate out the hydrogen from water using redox processes with ceria. This heat-based solar thermochemistry can split hydrogen from even complex liquids such as sulphuric acid (H2SO4).

But Synhelion says the fastest alternative to both green methods – electric or thermal – is to simply use today’s low-cost steam reforming process of methane (CH4) except to substitute 900°C solar thermal to supply the heat for the process. While not 100% renewable – because the methane is still a fossil fuel – solar eliminates the other 50% of the emissions.

“We are working together with Wood to come to market faster with this solar reforming technology, because they are the absolute experts in reforming,” Geissbühler explained, adding that their more advanced solar thermochemistry pathway with a redox cycle process is not yet market-ready, so solar reforming will be the first step in their plans to deliver solar fuels and hydrogen commercially in two years.

“Our novel technology is designed to break the reliance on combustion as the primary source of the thermal energy, and following successful testing Wood will move to roll out the technology commercially,” Spires said.

“The firm recognizes that for hydrogen to be adopted as a fuel for the energy transition, further efficiency improvements and scalability will be hugely important and these are the benefits of our novel technology. The primary advantage of coupling to the solar thermal source offers the step-change reduction in consumption and associated emissions.” 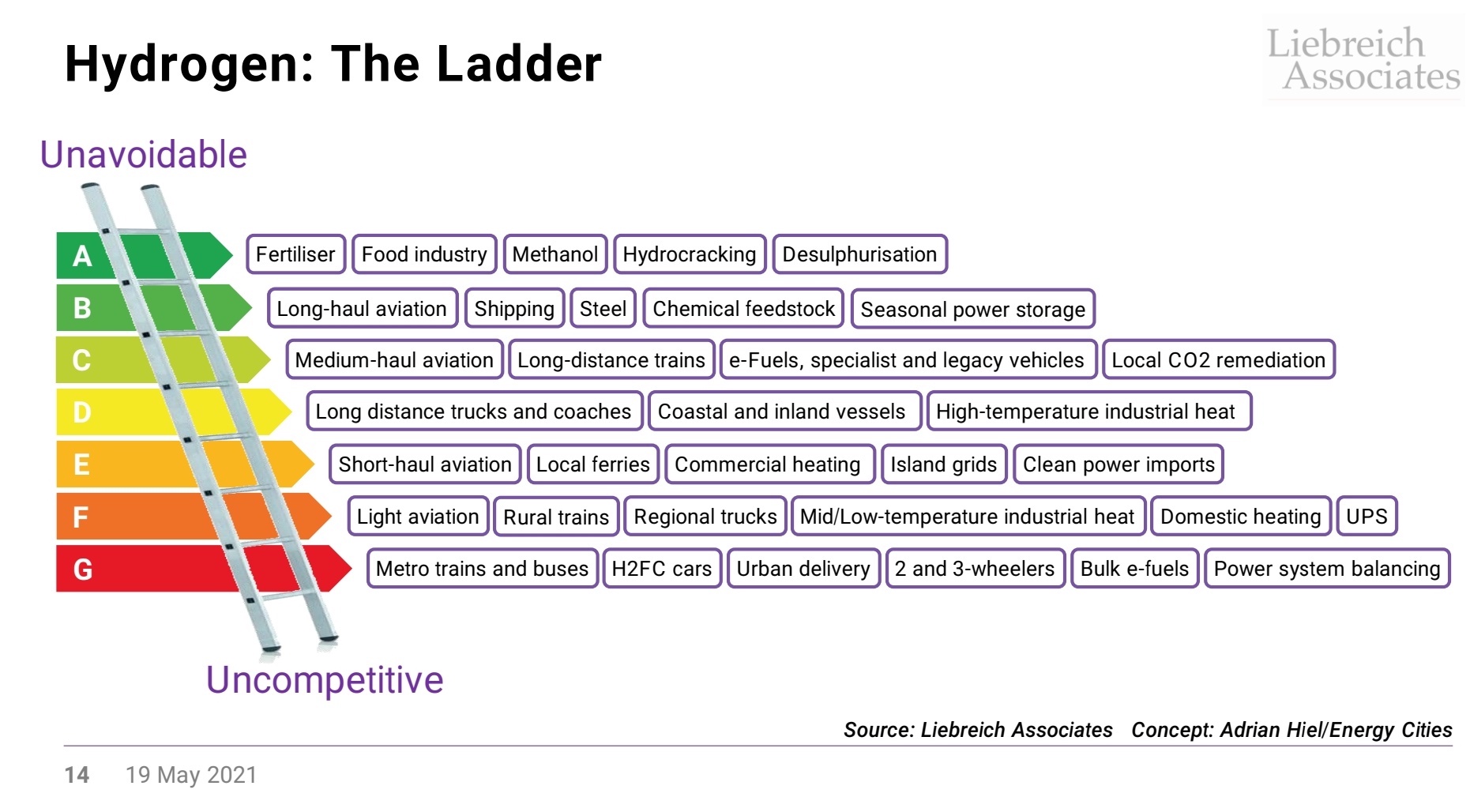 “But in addition, the methane for this steam reforming can be from any source going forward in the future.” Spires noted. Non-fossil fuel sources of methane include agricultural waste, abattoirs, and municipal water treatment.

“When we use methane from a biological source, we can effectively offset 100% of the carbon,” Geissbühler added.

The two firms have been working together on the project over the last 4 or 5 years. “It got more concrete and then we decided to build an industrial-scale plant together,” said Geissbühler. “We see a huge potential to scale up quickly, meaning that we can come to the market quite fast and at a cost that is competitive with state-of-the-art hydrogen production.”

For the test, the two firms are renting the outdoor tower at DLR’s Jülich solar test site, with its 80,000 square meter solar field. “We’ve been working for a number of months now on developing the R&D facility to fit inside the existing tower in Germany,“ said Spires. “It’s been a challenging engineering project for both, trying to fit two technologies into an existing space at the top of a 30-meter tower.”

Thermal energy storage is the cheapest way to ensure the round-the-clock reliability needed for hydrogen production. Geissbühler explains that for storage they plan to use ceramic structures in a single tank thermocline system. Synhelion’s 250 kW solar receiver will be coupled for the first time with Wood’s 75 kW reformer,

“This test unit has the ability to be scaled significantly larger than this testing,” Spires noted. The hydrogen industry works in normal cubic meters per hour (Nm3/h) of hydrogen. “So we normally operate in the scales of a few thousand up into the many tens of thousands and we have plant capacities ranging in size from 3,000 to over 200,000 Nm3/h,” he said, estimating that this would be the equivalent of a CST plant at between 9MW up to 600MW.

Since steam reforming requires heat, Wood is also investigating other thermal renewables. “We have various development opportunities that we’re looking at across our hydrogen portfolio,” he commented. “Solar is one of the answers. But the energy transition is not just going to be one energy source or one source of hydrogen, there’s going to be a myriad of them. So we’re investigating a number of technologies, but Synhelion’s solar is very promising.”

Both were skeptical, however, that electrolysis can reduce cost enough to compete with the steam reforming process, either fossil or renewable. “Steam methane reforming sets the cost bar at the moment,” said Spires. “The electrolysis organizations cannot get down past a threshold to meet that round trip efficiency to lower costs.”

“We can offer such competitive prices because the efficiency of solar thermal energy is much higher than photovoltaics,” said Geissbühler. “Conversion from solar energy to chemical energy in this process is roughly 30% on an annual basis, but if you do PV with electrolysis, you are at 15%.”

How Much Land Would Solar Thermochemistry Need to make All Our Aviation Fuel?

Fastest Solar Hydrogen is for the Copper Market